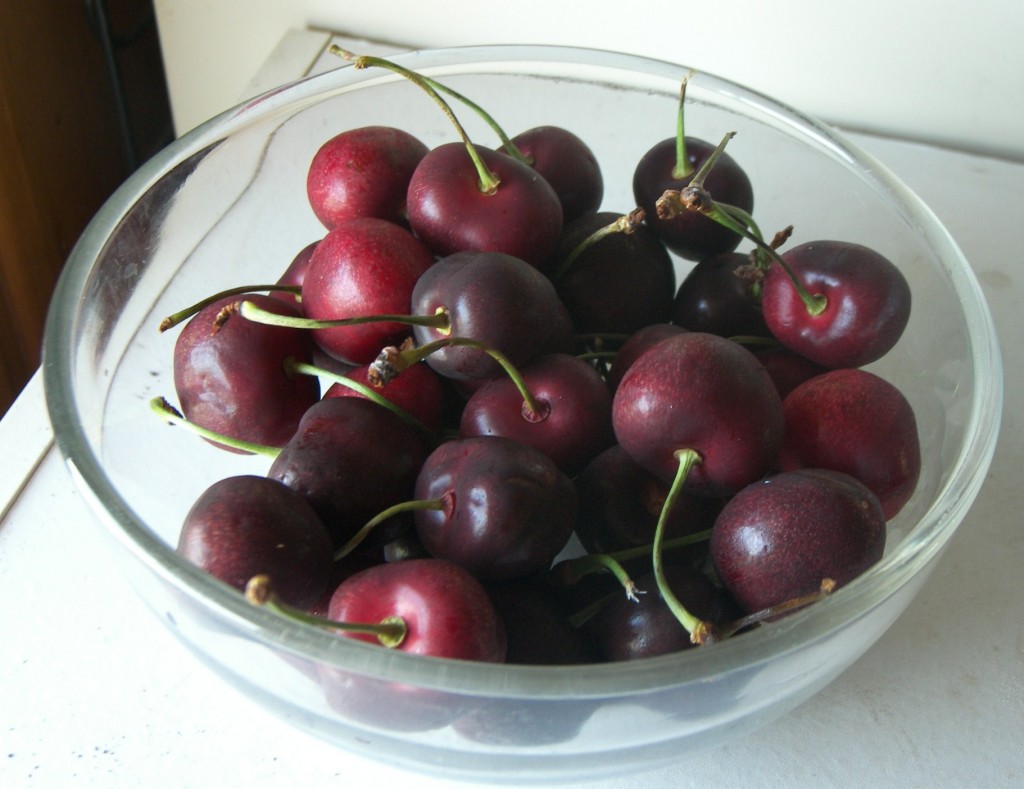 One of my favorite things to do is search out different varieties of fruit to taste and review.

With some fruits that task is harder than others. Cherries is one of the more difficult fruits. Although cherries don't differ as much as something like an apple, there still are differences (in things like sweetness and firmness of the fruit).

Problem I have is that it's hard to tell cherries apart by just looking at them, and most grocery stores don't advertise them by variety, with the exception of the popular Bing and Rainer. But I got a tip from a representative from Stemilt Fruit Growers. Even if the store doesn't advertise the variety, it will appear on the box the cherries were packed in. T

his past weekend, I found some cherries from Stemilt. They were sitting in the box they were packaged in. Looking further at the box, I was happy not to see the word "Bing". Not that I don't like Bing cherries, I do, but I have had them before many times. The cherries turned out to be Chelan cherries.

What is a Chelan Cherry?

The Chelan cherry was created by a researcher from Washington State University. It is an early season cherry, one of the first to be harvested in Washington each year. It looks very similar to a Bing cherry. It is a dark red, medium sized cherry. It does have some advantages over the Bing. Chelans ripen on average 10-12 days before the Bing. They also seem less likely to produce double fruit or cracked cherries.

So what about flavor? It's very similar to a Bing cherry, but I think a little less sweet. But it's still very much a sweet cherry. I have heard claims that it contains somewhere around 16% sugar. Just as a Bing, it makes for a great out of hand eating cherry.

When are Chelan Cherries in Season?

Chelan cherries tend to ripen about 2 weeks or so before Bing cherries. Expect to find them in late May out of California, and then mid-late June out of Washington. This depends on the year of course.

Chelan cherries typically signal the reduction in cherry prices that are always high to start the year - see my post When Will The Prices of Cherries Get Cheaper?

What is my Favorite Cherry Pitter?

If you a super serious cherry lover and you eat a lot of cherries during the summer, you may want to become a cherry pitter owner. I like the cherry pitters in which you can pit more than one cherry at a time. One of my favorite cherry pitters is this one from Vantiyaus - it pits 6 cherries at once.

The best thing you can do with already pitted cherries is fill them full of some good vanilla bean yogurt or whipped cream. What a treat! One of the simplest, yet best of the summer.