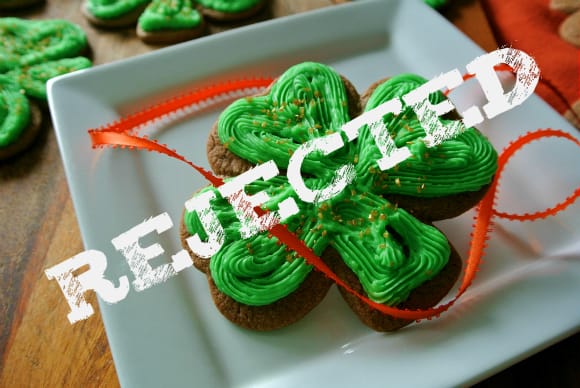 Sometimes simple words can cut to the heart. You work your butt off to set up the perfect shot. You make the perfect meal, take the picture at the perfect time of day, and the photo to look as perfect as everything else was. But when you get the e-mail back from foodgawker with any of the following phrases: "composition - too tight", "low lighting and/or underexposed", "lighting/white balance issues", or "we just hate you". Ok that last one I made up. It does feel that way sometimes. For me I have made 41 submissions to foodgawker (including the photo at the top minus the "rejected" text) and all 41 were filed into the decline column. It was frustrating me so much that I had to just let it go for now. It's not worth my frustration and the time waste that comes with it to submit to them right now. I have been looking at other options to get my pictures (with links of course) out there.

There are 3 photo submission sites that I am on. The first two RecipeNewz and Foodie Portal take all pictures, so now a major accomplishment. However they have brought traffic to my site. Here is what these sites contributed last month. 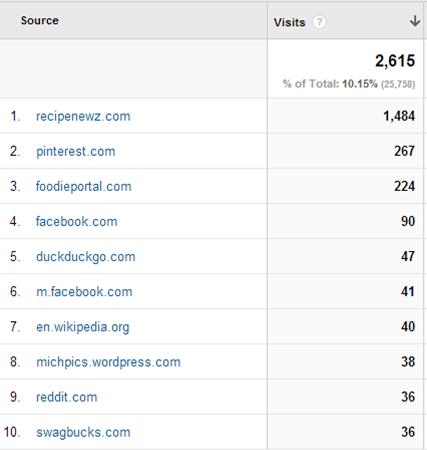 As you can see for me now RecipeNewz (RN) is the top referral site beating out Pinterest and facebook. Speaking of Pinterest I have seen more people pinning my posts since I started using RN. They are pinning the same recipes I am posting on RN. I would call that a success. May not be huge numbers but it is exposing more people to my site and I feel it's worth my while right now.

Another popular photo submission site is Tastespotting. They can be difficult to get onto too. At least I have made it on there 4 times. Twice last year and twice this year. However look at the pageviews for the first 6 months of 2013. 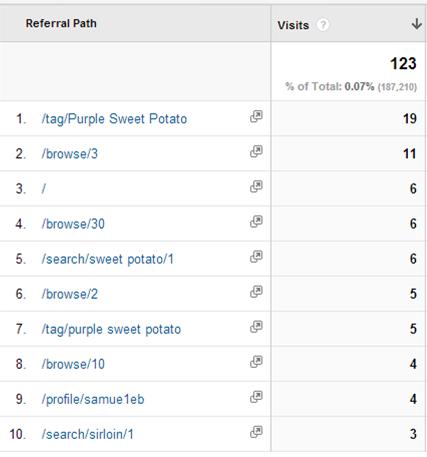 Only 123 visits in 6 months from 4 accepted photos on Tastespotting (TS). In 1 month I have 1,484 visits from RecipeNewz plus the added traffic from Pinterest. I am not saying that Tastespotting is completely worthless, but if it and sites like foodgawker are causing you frustration and "lost time" that it might be worth a look at the sites that take everything. RN is not as big of a site but for me it has been bigger than the 123 visits from TS and the 0 visits from foodgawker.

So what's next for me? I will keep submitting photos to RN as well as to TS. Foodieportal has brought in some traffic. I just submit to both RN and Foodieportal at the same time as it's easy to copy and paste. I will also be looking into other sites such as FoodEpix. I encourage you even if you have been rejected by foodgawker don't give up. Find other ways to get your photos out there. And as you practice more with taking pictures maybe one day you will climb on top the foodgawker mountain.