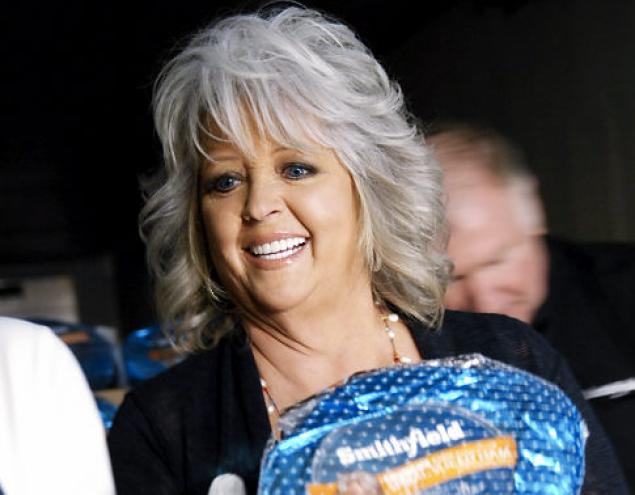 Photo from the NY Daily News

By now everyone knows about the big controversy surrounding Paula Deen. Food Network has given her the boot. So I was wondering today whether or not Paula Deen's recipes were still on Food Network's website. They pulled all the re-runs of her shows off the Food Network and replaced them with Giada's re-runs. I did a quick check over at the Food Network's website and for now the recipes are still there. Her contract officially run out on June 30th. As of July 2nd her recipes are still on the site. If you are a fan of her food and I have used a few of her recipes before (more on that in a moment) you can always visit her official website.

On the situation itself, I feel Food Network made a bad decision. What she had to admit to in law to a judge that she said some word years ago has nothing to do with her actual job. Everyone has said something they wish they didn't. I am sure if everyone had to give a list to their employers of every word ever spoke we all could be fired. Companies are so sensitive that they will be viewed in a negative light they will fire employees for anything in attempted to protect their image or more importantly their bottom line. They need to have grace with her, she said something she admitted to was wrong in her past. To be dragged through the mud like she has been in the last week is very upsetting. I am not the biggest Paula Deen fan, I do think she has been hurt unnecessarily. This whole manner should have been keep private. The whole world didn't need to know. But that is the kind of society we live in, one in which the media feels they need to share every little sin that anyone of fame commits.

I wanted to end this post sharing with you some of the recipes of Paula's that I have tried and written about.