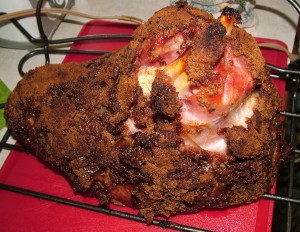 In many homes Easter dinner = ham! The good news for the consumer is that it also equals deals on hams. In doing my own research to where I purchase my ham I have a list of the prices of ham on sale for the week of April 1st, at stores across my home state of Michigan.

Meijer
Various locations throughout the state. Prices may be slightly different in each store, check your store to be sure.
Cook's or Hormel Cure 81 Spiral Sliced Half Ham (in natural juices) $1.47/lb
Cook's Shank or Butt Portion Han $1.19/lb (Limit 2)

* If you like pineapple with your ham, Meijer is selling fresh pineapples for $1.97 each 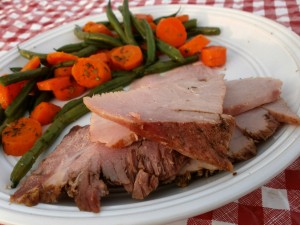 What I Use When I Bake A Ham
Here are some tools that I use whenever I am baking a ham.
1. Roasting Pan