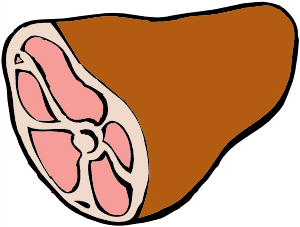 Whenever planning for a big meal like Thanksgiving or Christmas, one thing you may be looking for is that best meal to serve as the centerpiece of your meal. Or you might be looking to save a few bucks. Or maybe both. One food that will be a centerpiece of many Christmas tables this year is ham. It's a large so it can serve a variety of people. A turkey will do the same, but I think people having just cooked one a month earlier aren't as ready to do that again so soon. So if ham is your choice, I am here to help you find your perfect one. I will be tracking prices on ham at stores across my home state of Michigan, all the way up to Christmas day. If you find a great deal yourself you want to report, feel free to leave a comment below. Also if you just want to learn more about choosing the right ham, just out my post on different types of ham. Prices list may vary from week to week and store to store. See store to confirm prices.