It's always pretty clear what the star meat of Thanksgiving is - the turkey of course. Christmas though, not so much. The meal varies from house to house. Some still do a turkey. Some do ham. Other prefer to roast a big chunk of beef. The latter is what I would prefer. At Christmas time, people are more willing to fork over some dough for the more expensive cuts of beef. Makes sense. Christmas only comes once a year. It's a very special time.

Costco is a place known for selling big chunks of beef year round. At Christmas time, the inventory and selection increases. Are you planning to get your meat there? Before you head out to Costco, check out my Christmas beef price guide. The prices are from the Ann Arbor, Michigan store from December 18th, 2017. Prices may vary from store to store.

Let's start with the roasts. Then we will look at tenderloins. 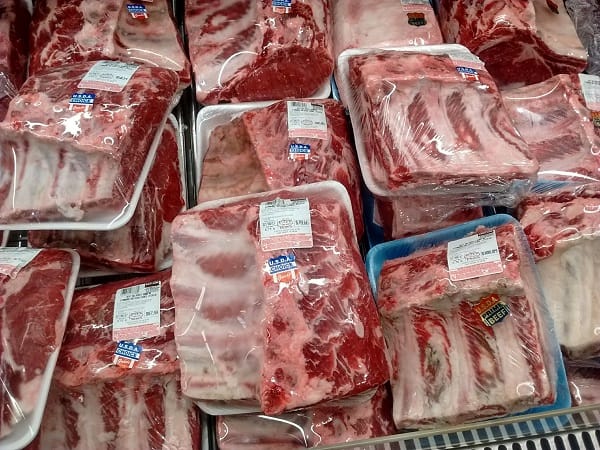 Here are some of the frequently asked about beef roasts at Costco:

Can You Get Prime Rib at Costco?

This can be slightly confusing. A Standing Rib Roast is also called Prime Rib, although it it is not USDA Prime Beef for sure. The term "Prime Rib" was coined before the USDA grades (Prime, Choice, Select) came into existence. If you are looking for "the prime rib" you might get a restaurant you would be good to get a standing rib roast for $8.99/pound. If you want USDA Prime grade beef, then Costco offers a Whole Boneless Ribeye for $11.49/pound. 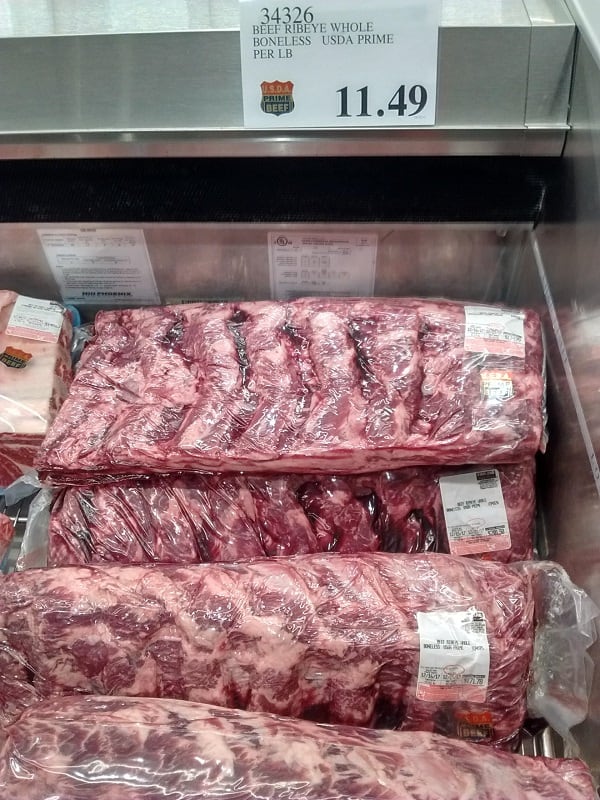 Want to go prime for Christmas? You can get a whole Kirkland prime ribeye.

Can You Get a Boneless Roast at Costco?

If you are not interested in getting an entire Ribeye, you can buy a boneless ribeye roast for $9.49/pound. The price per pound goes up for boneless. You also aren't paying for bone. A lot of people like having the bone as they believe it is more flavorful. The choice is up to you. 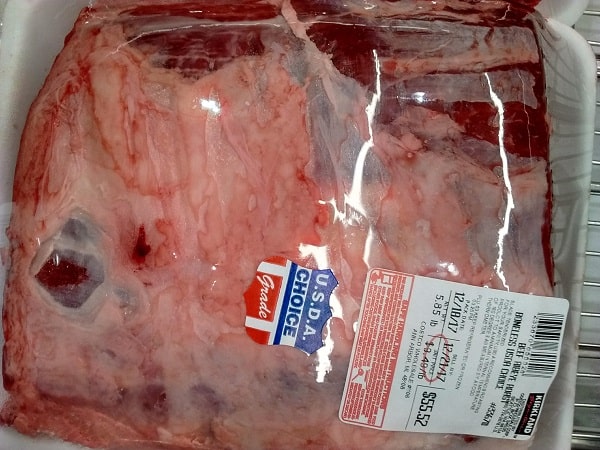 One of the most flavorful steaks in a bigger package as a roast.

Can You Buy an Already Seasoned Rib Roast?

The answer is yes. Costco does offer a roast that comes already seasoned. It even comes in a tray that you can cook the roast right in. It costs a dollar more per pound. If you buy a 8 pound rib roast, you are paying $8 more for the seasoning and the tray, neither of which is worth that. I prefer doing the seasoning myself, so I am in complete control. 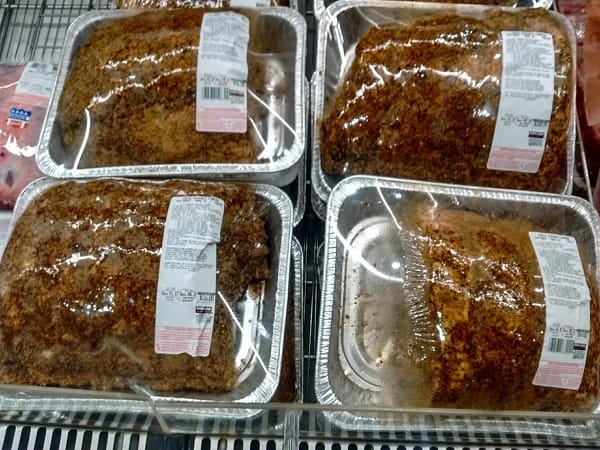 You can buy a rib roast already seasoned and with a tray to cook it in. I don't think the convenience is worth the extra money per pound you will pay.

How Many Ribs are in the Standing Rib Roast?

How Much Does a 3-Rib Standing Rib Roast Cost?

Cost of Beef Tenderloin at Costco 2017

Now that we have looked at the roast, let's lookk at the tenderloins. 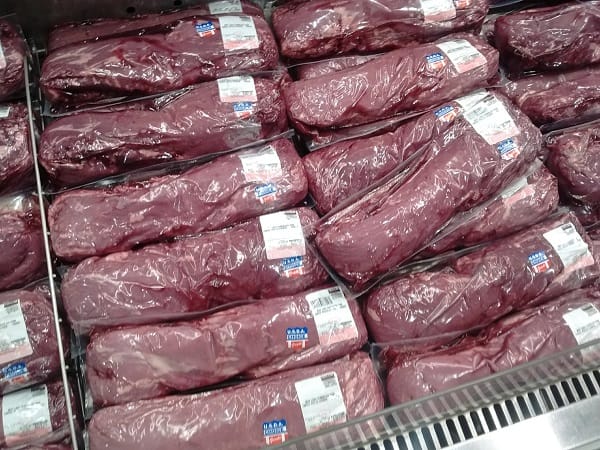 Lots of Beef Tenderloin available at Costco. These are choice tenderloin that have been trimmed, so they are ready to be cooked without any additional work.

What is the Difference Between Trimmed or Untrimmed

So beef tenderloin has a layer of what is called silverskin. It is not edible and won't cook away when you cook the tenderloin. You can remove it with a knife. The trimmed tenderloins are all ready to go. As you see in the price table above you are going to pay more for their service. I have trimmed a tenderloin before. Can't say I really enjoyed the experience as I am not known for my butchering skills - I butcher it in another way if you know what I mean. If you want to go for it, here is a video I found on YouTube showing you how to do it.

If you plan to roast any of these beef cuts, I recommend having a probe thermometer on hand. It is the best way to know that the meat is perfectly cooked. Takes out all the guessing.

What is your choice of meat for your Christmas dinner? Leave a comment below. I would love to hear from you. And Merry Christmas!!!

« Best Christmas Gifts For My Kitchen
Where to Buy Sumo (Citrus) Mandarins 2018? »