When it comes to challenges in the kitchen cooking meat to perfection is right up there at top. Unless your a vegetarian or vegan I am sure you have all have had the dreaded experience of serving up overcooked meat. I am sure a good percentage of us have also had the horror of slicing our meat just to see that is under cooked and not ready for human consumption - anyone ever cut up chicken to see that it was still raw? You would think this should be something easy, but I think from time to time we all struggle to consistently meet this culinary challenge. For me, I have found one tool that has given me great success. It's what I swear by to produce the perfectly cooked turkey every single Thanksgiving. It's one tool in my kitchen that I can't live without. I am talking about my probe thermometer.

How I Meet the Probe Thermometer?

I have to thank Alton Brown for introducing me to this wonderful gadget. I remember the first time I say it employed. During the early years of his show Good Eats, he released an episode right around Thanksgiving time that has now become a cult classic (at least in my mind). Romancing the Bird is the most influential piece of food television that I have ever watched. I learn so many things from that show. The biggest takeaway has been the probe thermometer. I believe it is the sole reason why I have never cooked a dry turkey - that and never cooking a turkey before I saw this show. It wasn't long after this show that I got my first probe. 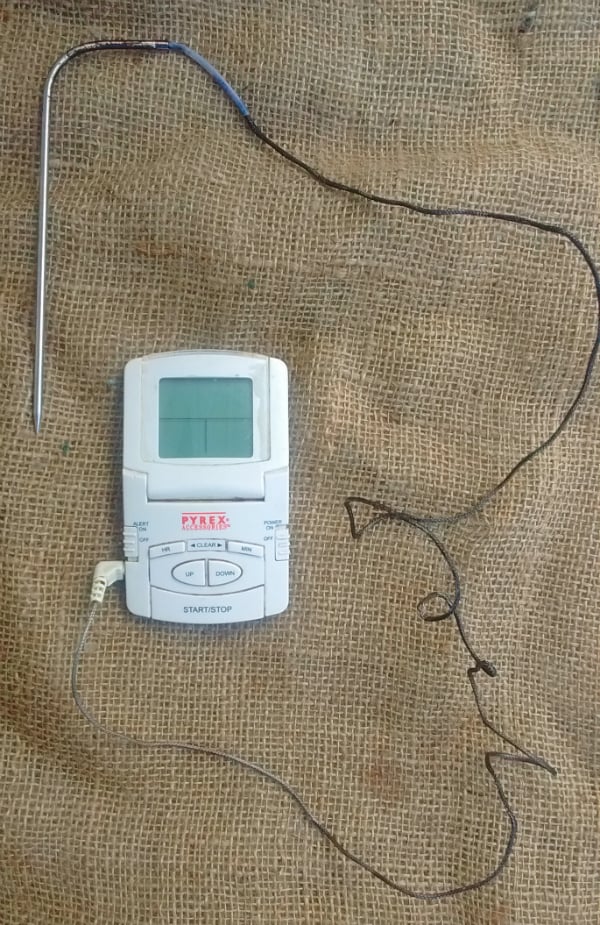 What is a Probe Thermometer?

It is a thermometer that comes with a probe attached to it. You stick the probe into the piece of meat. Put it in the oven and attach it via a cord to the base. You shut the oven door with the cord in it (don't worry it's made for that). The base has a digital unit you can program. A good one will have a switch to turn off and on an alarm. You set the alarm to your final cooking temperature and it goes off when it is done. There will also be a readout that tells you the current temperature.

The probe thermometer does have it's limits. It's really only meant for roasting meat in the oven. It would be hard to use it within anything your going to flip - say a burger. So it's not going to meet all your meat cooking needs. It is still the most useful tool and a good starting point, especially if you are frustrated that your protein of the night doesn't come out right.

Why I Think People Don't Use Them?

I never, ever roast any meat in the oven without them. So how come more people don't use them? Whenever I do a recipe mentioning the use of one I usually get people asking how much time because they don't own one. They aren't that expensive, possibly even cheaper or the same price as the vessel you are using to cook your meat. Besides Alton Brown I don't see it on Food Network much or mentioned in many recipes. I think some people see it as a shortcut or "cheating". That you should be able to cook without it or your not a real chef/cook. I say why not use a tool that helps you. I don't feel like I am less of a cook because I use a thermometer. 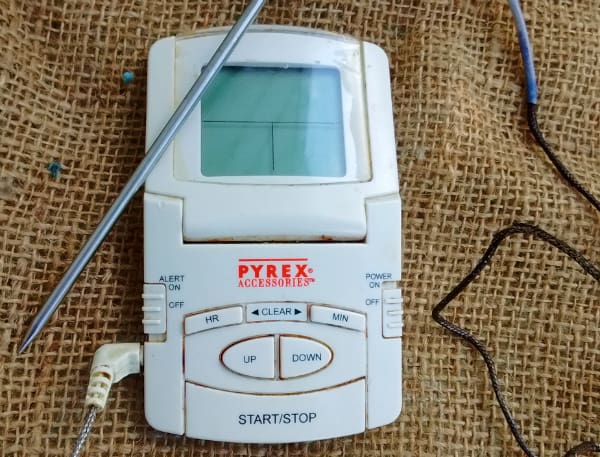 Tips On Using a Probe Thermometer

The key thing is you need to insert the probe into the deepest part of the meat without heating a bone. If you hit a bone you will get a false reading, typically it will be higher than the surrounding meat, so you could undercook your meat. If you don't get in the center, you also risk having the meat undercooked in the center. It may take a little practice. I also make sure to check the meat after ten minutes or so to see how the temperature is doing. If it going up too fast, you probably are hitting a bone so re-adjust. You need to be careful not to move the probe to a different spot once you insert you. You don't have any extra holes for liquid to drain out. 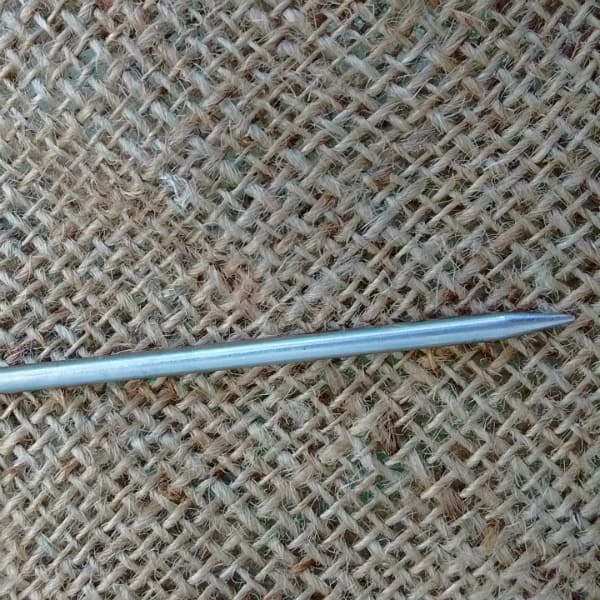 Top 5 Reasons to Use a Probe Thermometer

1. Don't have to worry about something being under cooked or overcooked

2. Most have an alarm to alert you when the meat is done

3. You can feel safe that your meat is cooked to the proper temperature to ward off any potential bacteria, etc that could make you sick

4. Can be used with any size piece of meat.

5. You don't to try and calculate the time it takes to cook something. It's done when it hits the right temperature.

3 Things To Look For When Shopping for a Probe Thermometer

1. It must have a digital readout that you can program to the degree. I once was once given one that you could only set it to the government standard doneness of each cut of meat. I don't need any preset temperatures, I want to be able to enter in whatever I want to enter in. Sometimes you may want to cook a roast to a certain lower temperature and then turn up the heat to promote the outside (this is what I do for a bottom round roast).

2. They do sell "wireless models". They still have a probe with a wire that runs to a transmitter and your digital unit, so that you can take it without you. But the ones I have seen like that seem to only have the preset temperatures. Typically unless you are outdoors, the alarms are loud enough, you should be able to hear it.

3. Magnet on the back of unit. While a nice feature, so that you can stick it right to the oven, you can easily do without it.

How Much Do Probe Thermometers Cost?

You can get them for under $20. No problem. I have a Pyrex one that a friend gave me. I haven't seen any online to buy. I would recommend either a Taylor or Polder. The Taylor in particular looks a lot like mine and functions the same.

How to Clean a Probe Thermometer

Never put your probe in the dishwasher. That is way too harsh environment. I also would not soak it. Simply use a soapy dish towel as soon as your done using the probe to wipe it off. Use a dry towel to dry it, then store for later use.