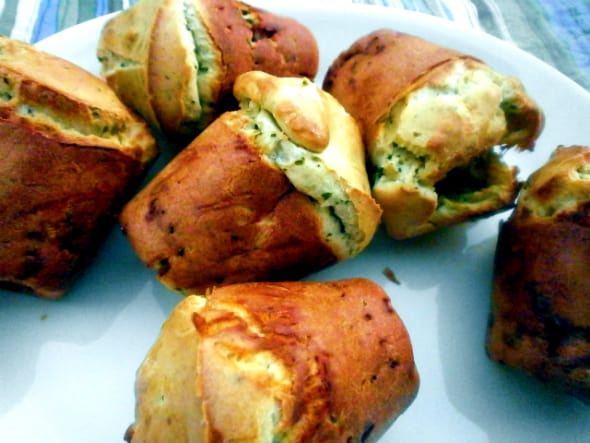 I was first introduced to the popover by Alton Brown. I liked that it was an easy way to get your dinner bread fix without having to roll out biscuit dough or wait for yeast to do it's thing. Plenty of times I have filled them with things like butter, honey, and lemon curd. But all those things I added come service time. I never thought about including a filling while they are cooking. That is until I saw a new episode of Giada at Home this weekend. She added cheese and sausage to her popovers. Just had to try this concept out. Here are my notes from this recipe, which you can print off at Food Network's website. 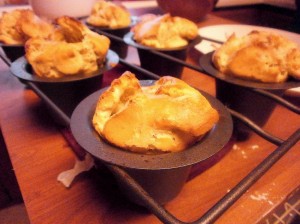 1. The key to making the best popovers is having a popover pan. They are deeper than you standard 12-cup muffin pan which Giada does say you can use. I own a 6-cup

popover pan and I believe it was worth the money. I bought mine at Cost Plus World Market for a pretty good price.

2. I had to adjust my filling portions since I was using a 6-cup pan instead of a 12-cup

. I just eyeballed how much sausage I used and how much cheese. 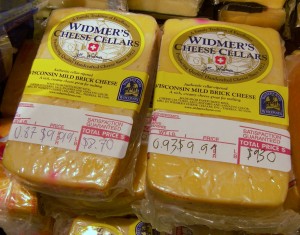 3. For the cheese, I chose some mild brick cheese, that I shredded myself. It melts mozzarella but packs a bit more flavor.

4. For the sausage, I bought some bulk breakfast sausage at the meat counter at my local grocery store. I didn't see the reason to spend more money on links when I was just going to break them up anyway, not to mention the extra step of removing the casings.

5. I liked the addition of basil to the batter. Gave it a nice herbal element.

6. I don't like green onions so I decided to leave them out of my batter.

7. Mine finished in about the same time as hers 35 minutes.

8. Adding the maple syrup when serving them is a must. That little bit of sweetness and the maple flavor itself is what really brings this dish alive.

I was very happy with the way these turned out. It's got me thinking about adding other things to the pan before baking. Maybe some cubed ham or some diced apples with some cinnamon and nutmeg. So pop on over again soon to see what I came up with (I know that was a really bad pun, but I had to!).