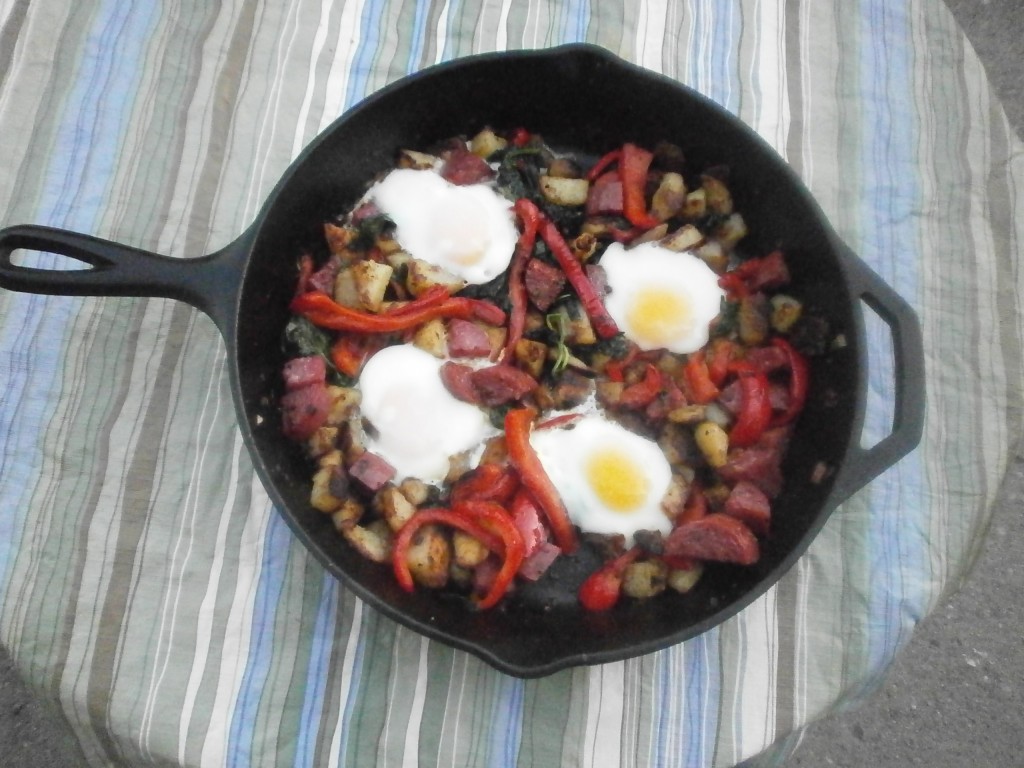 Hash - the combination of potatoes along with any ingredient you find in your fridge, cooked to perfection in a frying pan (hopefully cast iron). I saw a recipe for a Salami, Bacon, and Spinach Hash on a recent episode of Giada at Home. My wife saw it and wanted to try it out for dinner last night (and save the leftovers for lunches this week). I got the ingredients and got cooking.

Here are my notes from the recipe. You can print out the recipe at Food Network's website.

1. You might have noticed in the title, I missed the bacon. We decided to just go with one meat, we thought two was a bit much for our liking and our wallet. But it would be a good way to use up some extra bacon. 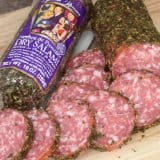 2. For the salami we choose Busseto Green Peppercorn Salami

. It was the best value and since we only needed 5 oz, we would have 3 oz leftover for later use. My wife thought it was pretty delicious!

3. I pulled out my favorite Lodge Cast Iron frying pan

for this recipe. It heats up quickly and cook everything evenly.

4. I made more potatoes that I needed. I figured the kids might like to eat some apart from the hash. I wish I had some bacon fat thought, that would have added flavor to the potatoes that I missed by omitting the bacon.

5. For the spinach, I didn't use baby spinach, which I normally like, but the bundle of larger spinach leaves was cheaper. Would be nice to use fresh spinach from the garden, which you can grow this time of year.

6. I enjoyed putting everything all together. The mix of colors was nice, especially after adding the 4 eggs. This was the first time I had cooked eggs like this before. The whites weren't setting up as quickly as I would have liked (I forget to bring the eggs to room temp first which would have helped them cook quicker). I ended up throwing the whole thing in the oven for just a couple minutes to finish it off. My oven was already on cooking the breakfast popovers Giada also made in this episode. You could also cover with a lid to cook after, but I don't have a lid for this pan.

My wife really enjoyed this dish and can't wait to enjoy as leftovers for lunch this week. She really though the bell pepper played well with the eggs and spinach.