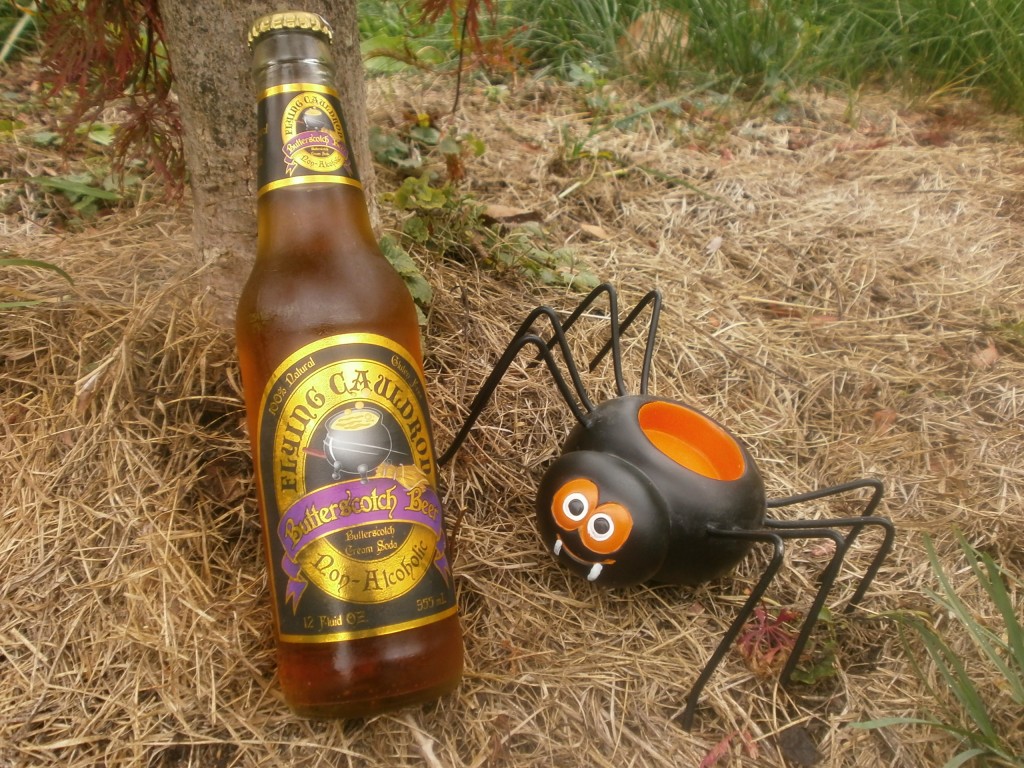 Attention all you Harry Potter fans; now you can get your very own butter beer. While Harry Potter is not really my thing, drinking new soft drinks is. So I was pumped when we got several cases of Flying Cauldron Butterscotch Beer in at work this week. This is a non-alcoholic cream soda with a butterscotch flavor. It is made by Reed's soda, who make some of the best tasting and most potent ginger ale you can buy. They also make the Virgil's line of sodas. With that being said I was very optimistic before the first sip that this is going to be a winner.

Reed's came up with a nice little story to go with this brew:
"Since 1374, the Flying Cauldron has been making this magical brew for under aged wizards and wizards who are young at heart at their brew pub in Hogsbreath England .

The recipe has changed little over the centuries. It has the perfect combination of spells and quality natural ingredients. It continues to be prized for its creamy vanilla and butterscotch flavors. Some wizards claim that this brew places a ward of protection on those who drink it and that consuming this product has been known to accelerate wizarding abilities in borderline wizard cases.

This delicious beverage is the first wizarding drink to have widespread cross over consumption in the non wizarding world."

A pleasant butterscotch flavor meets the tastebuds and lingers in your mouth. Nicely carbonated, something Reed's has perfected. It's sweeter than some other sodas and people may not like that. There is more to it than if you just grounded up some butterscotch hard candies and mix them with carbonated water. One thing I don't understand is their use of stevia extract in it along with the cane sugar, which is in a standard soda quantity. This brew is worth a try. Fun for the kids or any Hotter Potter fan. I also think a scoop of vanilla ice cream and a frosty mug would be an excellent addition.

Where to Buy
Check where ever you find Reed's/Virgi's products, especially around Halloween. If you leave in the Ann Arbor, Michigan area you can pick up a 4-pack or buy a single if you are worried about committing at the Produce Station just south of the University of Michigan campus on State Street. You can buy it online at Amazon.com

Believe or not this isn't the first time the only butterscotch drink I have reviewed. Check out my earlier review of Dang! That's Good Butterscotch Root Beer. It earned a 4-star rating. It even had an appearance on the History Channel.