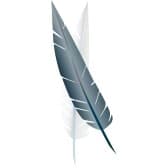 Tonight I watched the latest episode of Jamie Oliver's Food Revolution. One of the things he talked about is what ingredients are included in ice cream and ice cream toppings. He offers a class of high students some ice cream to make sundaes. One of their choices was cookie dough ice cream. He then revealed to them that the cookie dough used to make the ice cream contains an ingredient called L-Cysteine. Jamie said it is made from duck feathers and/or human hair. It can be made synthetically but it is cheaper to make it from feathers and hair. After the show was over I decided to do a little research of my own on L-Cysteine. Here is what I found.

1) The most common food use of L-Cysteine seems to be in baked goods.
2) It is also used to help produce meat flavors.
3) Einstein Bros Bagel uses L-Cysteine as an ingredient in their bagels. They use the form derived from duck feathers.
4) It is considered an amino acid.
5) Is found in some baby formula such as Enfamil Nutramigen Lipil Hypoallergenic Infant Formula.
6) It is found in the dough of Little Caesars Pizza Kits that are used as fundraisers.
7) You can purchase dough conditioners online that contain L-Cysteine, like this one from The Prepared Pantry.

Is L-Cysteine bad for you? First off if it is found in human hair that means you have L-Cysteine already in your body. I found out that some people actually take it as a supplement. It is said to help absorb nutrients from food. While the idea of something gathered from duck feathers may not sound appealing, I didn't find anything about it that could harm you. However if you are trying to stick to a vegan diet than any product that contains it would be something you would want to avoid. The important thing I want you to take from this post is that it is important to know exactly what you are eating, so you can make an informed decision.

After each new episode of Jamie Oliver's Food Revolution, I will write on topics related to the show. Like my Facebook page to be notified when the posts appear as well other exciting topics.