Last summer, chef Jamie Oliver shared with the world the fact that American's ground beef supply is full of a meat that is treated with ammonia in order to make it "safe" for consumption. This meat he called pink slime. This pink slime was made by Beef Products Inc, the leading ground beef producer in the United States. Fast food companies were known for using this product in their products. Well now news have broken that McDonald's, Burger King, and Taco Bell have all abandon the use of pink slime. So if you have frequented any of these places, you have eaten pink slime. I applaud these companies for giving up the pink slime. None of the companies want to give Jamie Oliver any credit for this, but I think we had a huge impact as well as the 2010 food documentary, Food Inc (which you can watch online at Amazon's website

Pink slime is made from parts of the cow that we use to only feed to dogs. The concern was that salmonella and E. coli could be found in these "cuts" of beef. The used some ammonium hydroxide to make the beef "safe". By I still heard some reports of salmonella and E. coli found in ammonium treated beef. So it may not even be working. I think the whole thing just need to be stopped. It's all about profit at the expense of the consumer and maybe their health. 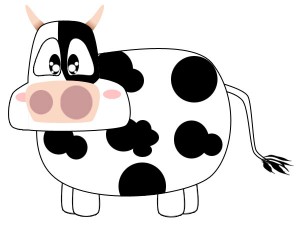 Just because these places gave up pink slime, doesn't mean that you are safe. Several websites spoke about pink slime is found in school lunch programs. If you are a concerned parent, I urge to to contact your child's school, and see what you can find out. You make face opposition like Jamie Oliver did during his tv show, but if enough people cry out, then a difference can be made. We just saw a difference made with these 3 fast food joints.

You can avoid bringing home pink slime beef from the grocery store by only buying beef that says 100% ground round, 100% ground sirloin, or 100% chuck (read all about the differences in these types). Never buy any beef when you don't know what part of the cow the meat is coming from, that includes stew meat. Any good grocery store should be able to cut stew meat for you out of any cut you want that you find in the meat case.