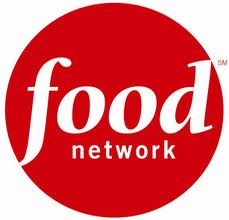 Food Network is full of cooking competitions, they almost overwhelm the channel. But last night, might have been the most important competition they have ever aired. It pointed out what we are doing wrong as a country, and it's not just the fault of the big companies, it's something that every American needs to examine themselves. The average American throws away 200 pounds of food per year!

The show that aired on Food Network was called the Big Waste. It was a competition between Bobby Flay and Michael Symon on one team versus Anne Burrell and Alex Guarnaschelli. Their mission was to cook a gourmet meal, using food that was considered garbage. They had 48 hours to gather their food. They visited grocery stores, bakeries, farms, and suppliers. Here are some of the reasons people were throwing edible food out:

1) Produce didn't look good enough for people
Grocery stores were throwing out fruits and vegetables because they didn't look perfect. They know their customers will not purchase these products. They want the perfect looking apple and will avoid the one that has a slight blemish on it. This same thing was seen at farms. They visited a u-pick farm, where people would pick a head of cabbage and then ditch it they found something bigger and "better". There was a beautiful array of fruit and vegetables just laying on the ground. One farmer had a section of his farm where people can pick their own corn, but they won't pick from one part of it because a hurricane knocked over the plants. But the corn was still perfectly good. One farmer had a compost pile full of items they knew couldn't sell, this included tomatoes that were bruised by customers looking for the best tomato. That was the best looking compost pile I have ever seen.

2) Products are too close to sell by dates
They found products that were right near their sell by dates. All of these things were perfectly fine still, but they couldn't sell them, so out to the trash they go. There are a lot of things that are still safe even after a sell by date has passed.

3) Leftover cuts from meat
A butcher showed the leftovers he had from cutting center cut short ribs. These pieces had perfectly good meat on them, but these pieces won't sell, so they end up getting trashed. They said people don't know what to do with them, so they don't buy them.

4) Broken bones on poultry
They visited a guy who sells whole heirloom chickens. He looses a lot of perfectly good chicken, because something as simple as a wing bone breaks (he also has the same thing happen to 20 pound turkeys!). The chicken is still safe to eat, but people assume that there has got to be something wrong with it, so again people won't buy it.

5) Weird egg sizes
One farmer had eggs that he could not sell, because they were either too big to fit into an egg carton or too small to not rattle around inside a carton. Eggs aren't as perfect and uniform as they appear in the grocery store. Because of the "need" for perfection, 5 billion eggs are wasted in this country, every year! 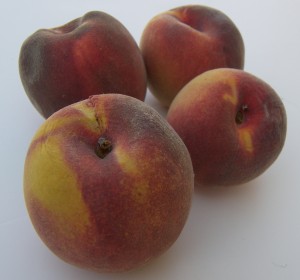 These things should make you sad like it does me. We are wasting a ridiclious amount of food in this country. The main reason is not because the food is going bad, it's because we don't like how it looks. If it's not perfect, then it must not taste good. If you learn anything from reading this website ever, please learn that appearance and taste don't go hand and hand. I have eaten my share of delicious, but flawed looking fruit. The picture on the right is of some peaches (a variety called Canadian Harmony) I bought a farmer's market that were delicious, but would be too ugly for the grocery store.

We Want the Chemicals
This leads me to talking about chemicals and our food, especially produce. People don't want their fruit sprayed with chemicals. But people don't want them not sprayed with them either. I have worked at a farm before, and I know from experience that besides keeping pests away, another reason fruit is sprayed is for appearance. Fruit that isn't sprayed with anything doesn't look like what you find in the grocery store. I worked a farmer's market this fall, and had a handful of people ask each week if we sprayed. The fruit would not look as good as it did if no sprayed was used. In fact organic farmers do their share of spraying using things that are considered organic.

What Can We Do to Reduce Food Waste
While changing an entire society's view of food isn't going to happen overnight, there are things you can do.

1) Settle for less than perfect
When you go to the grocery store, buy things that don't look perfect. If an apple has a little blemish on it, buy it anyway, it will taste just as good. When I was selling fruit at the farmer's market, we had fruit that we called "seconds". They are the fruit that don't look as good as the rest of the fruit. They had imperfections. We sold this fruit for a lower price than the rest of the fruit. Many people loved the lower prices and didn't care, however still more people would always pass on the seconds and pay more money for appearance.

2) Find uses for what you have
Don't throw out food because you don't know what to do with the leftovers or the food is going to go bad. You can freeze things before they go bad. You can learn how to make other dishes from leftovers. I never throw out my chicken bones, I use them to make homemade chicken stock, that I can use to flavor other dishes. Strive to have zero waste in your house. I helped out his holiday season for a company that is striving towards zero waste. They had several batches of brownies that contains caramel that didn't turn out right. The caramel was all over the top or bottom of the brownies. These brownies were considered unsellable. But instead of just throwing them out, they gathered all the "bad ones" in into the freezer to make something else out of them after the holidays when they had more time to develop a plan to use them. We need to see a lot more of this going on with other companies and in people's homes.

3) Research and Learn
There are other sources you can turn to learn more about food waste. Here are a list of books to check out:
American Wasteland: How America Throws Away Nearly Half of Its Food (and What We Can Do About It)

I also included a short video below that talks about food wasting.

If you got a chance to watch this show, I hope that it opened your eyes up and then you will try to change what you can. It's going to take a huge paradigm shift in order to reduce food waste in this country. If you didn't get a chance to see the show, it will be airing again on Janaury 14th at 4pm ET/PT.