In this episode Robert tries to help a car salesman turned restaurant owner who hasn't turned a profit in 4 years.

It amazes me how many times on this show you see someone buy a restaurant that has no experience in the business. Robert starts the show off illustrating that he may know the features of his car, but that doesn't mean he could sell it. 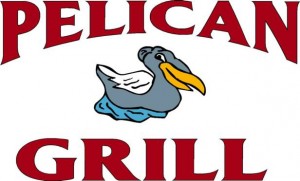 You have to know what you are doing. The owner doesn't know his food cost, other bills, and that can food is the way to go. People have this crazy idea that can food is quicker and cheaper. This is just not the case. But the most surprising thing to me is that the owner goes to the store multiple times a day, which is a huge waste of time and money. Robert promises to help him establish food deliveries at this restaurant. Much easier and more cost effective.

They were having a problem with soggy bread. So Robert shows them how to toast the bread right with clarified butter. They were using butter flavored oil (no thanks!).

Salsa out of can was replaced with Robert's recipe for salsa.

Follow-Up
Good news, the restaurant was having a celebration during the airing of this episode, so the place is still in business, unlike some of the other restaurants that Robert tried to help. The bad news is that shortly after the remodel, a truck did it's own redesign by smashing into the front of the restaurant. The driver apparently didn't feel like sticking around to admire their work. Talk about going from a high to a low. Luickly they were able to get things fixed enough to get back in business about 5 days later. It was originally feared to be a month.

As far as people's experiences at the Pelican Grill since the remodel the reviews I read were mostly positive. The only real consistent complaint was with the service. This restaurant needed so much help with just doing business right that it's going to take time to improve things like service. The owner had to basically had to take a course in restaurant ownership 101.