In this episode, Robert is headed to Del's in Pittsburgh, PA. This restaurant has been around for over 60 years. The grandchildren of the original owner are now running the place. But business has been down for last 5 years and they asked for Robert's help to try and turn it around.

Del's Bar & Ristorante DelPizzo | Click here for restaurant's website
As in many of the places, Robert goes to the decor is out of date and needs some serious help. Too bad that wasn't the only problem. The quality of the food seems to be lacking as well as shortcuts are being taken. Shortcuts save time as the expense of quality. I would only take a shortcut in my kitchen if I knew it wasn't going to effect the quality. 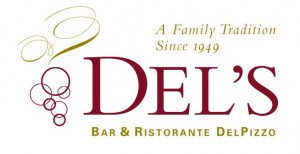 One of the shortcuts they were taking was with their chicken. They use frozen chicken that gets reheated in the microwave. The microwave is for eating leftovers, not eating your meal. One customer thought the dish tasted alright, but a restaurant that has the reputation and the history like Del's needs to serve food that is more than just alright. The reason they were using the microwave was to save time due to their "high volume". So Robert challenged them to a race. He made his from scratch faster than it took for them to plant the dish and microwave it. It goes to show that the fresh way isn't always the slow way. Think about this same thing next time you are attempted to run out and get fast food because it would be faster than cooking at home.

Another issue that Robert discovered was that they put ice into the tomato sauce to cool it down. This waters down the sauce. I If that wasn't the only problem, the ice itself is called into question for being sanitary. And sure enough Robert finds that the ice machine never gets cleaned. 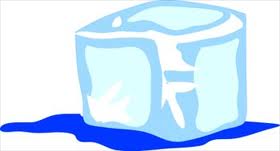 Lesson for Home
If you are worried about cooling something down and you don't want to place it in the fridge where it will heat everything in the fridge up, then use an ice bath. Place some ice in a large bowl, then place whatever you want to cool right on top (of course just don't dump the food right on the ice!). I do this when I make a big batch of homemade chicken stock. Sometimes I will place the ice bath right inside my cooler.

Chicken Parmesan | Click here for the recipe
This is Robert's fresh approach to chicken parm. No microwave needed here, just chicken that is deep fried and covered in marinara, mozzarella, Parmesan, and spaghetti.

Red Sauce Base - Marinara | Click here for the recipe
This is a recipe to make a large batch (1 ½ gallons) of sauce. You would need to cook it down in ice (not with ice in it) as something that big if put right in the fridge would heat everything up. It would be a good choice for the home cook to make and freeze in individual servings to pull out whenever they needed.

If anyone has been here since the show aired, let me know what you thought of the place.

Check out my other Restaurant Impossible Follow-Ups. Included are a few restaurants that have since closed: Snooty Fox (Indianapolis, IN), Sweet Tea (Chapin, SC), Valley View (Quarryville, PA)