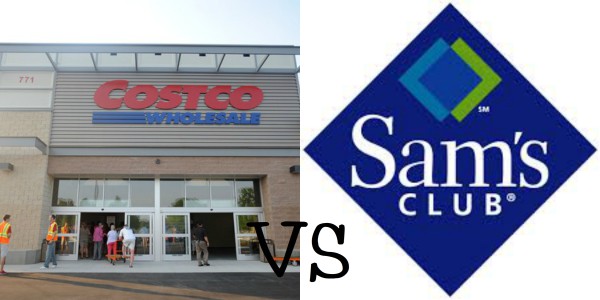 Two days before Christmas. Have you purchased your Christmas ham? If you are still haven't done so, I am here to provide what is available at two warehouse store rivals. Today is a battle between Costco and Sam's Club. Who has the better hams? The best prices? I visited both stores last week to see their wares. Here is what I found.

[table]
Ham, Price per pound
Ridge Creek Spiral Honey Ham, $2.38/lb
The cheapest option at Sam's Club. I usually shy way from sprial hams as I find that dry out when re-heated (ham is already cooked) easier since they have already been cut.
Daily Chef Boneless Spiral Half Ham, $2.99/lb
You need to know that I am not a fan of the boneless ham. I want to have that ham bone to make soup with later on.
Smithfield Smokehouse Reserve Smoked Boneless Ham, $2.98/lb
Another boneless option but this one is different. Typically when you purchase a boneless ham it's shaped into a log. A very unnatural log. Something has to be added to the meat to get it into that sort of shape. This boneless Smithfield ham has the bone removed but it's re-constituted into a log.
[/table]

Costco(prices from Friday, December 19, 2014 in Ann Arbor, MI)
[table]
Ham, Price per pound
Kirkland Applewood Smoked Master Carve Boneless Ham (Not Shaped), $2.99/lb
This ham is a boneless one that is not shaped. It's just like the Smithfiled boneless ham that Sam's Club offers. I like that this ham is applewood smoked which I believe brings more flavor than hickory which is what most hams are smoked with.
Kirkland Spiral Sliced Hickory Smoked, $2.79/lb
The other option available at Costco is a spiral sliced ham that is hickory smoked.
[/table]

Who has the cheapest ham? - Sam's Club - Ridge Creek Spiral Honey Ham at $2.38 a pound.
This may not be the cheapest ham you can find in your area. Check your local chains stores. I bought a ham for Christmas that was $1.39 per pound, so you can definitely go cheaper.
Which ham would I buy? - Costco - Kirkland Applewood Smoked Master Carve Boneless Ham
To be honest I am prefer a Shank End Bone-In ham. But neither store has this. I think spiral hams wind up too dry in the end. I would pick the Kirkland boneless one because it is applewood smoked - it should have the best flavor.