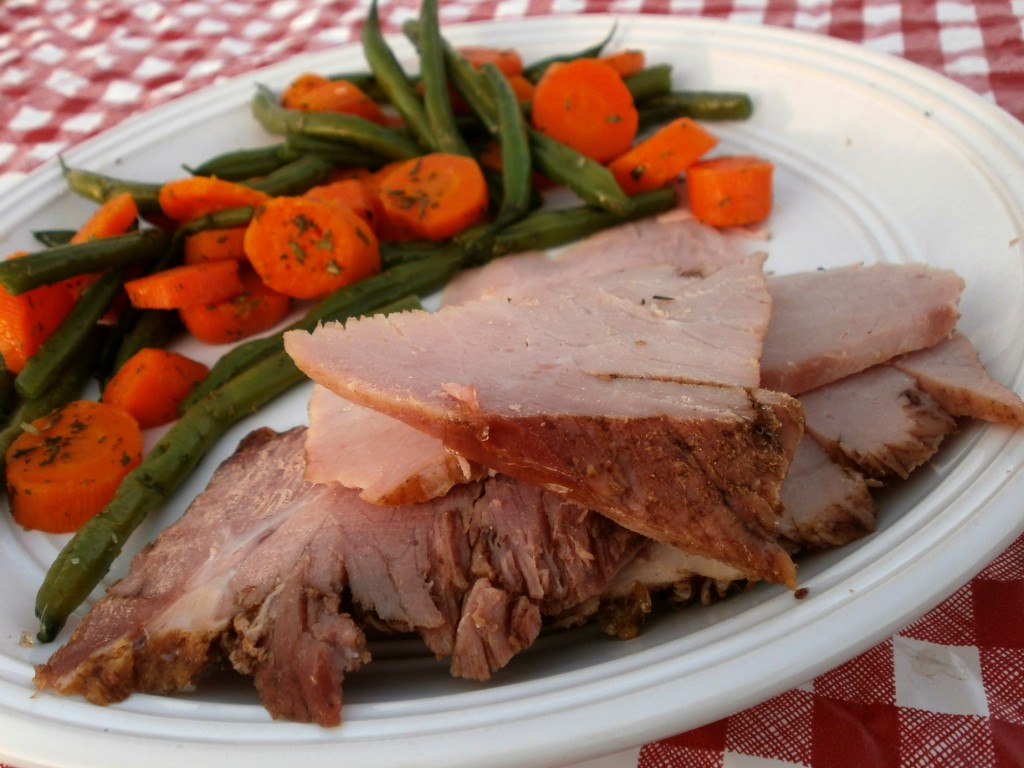 In so many households, the only time you see someone cooking a ham is for a holiday like Christmas or Easter. But ham is good any time of year. Plenty of Americans buy deli ham for their lunches. When they do they spend $5, $6, $7 a pound! You can buy a bone-in ham (I like the shank cut) for under $2 a pound regularly. That is a huge savings. It's something I am getting in the habit of doing. I cook the ham, eat for 2 dinners in a row. And then freeze the leftovers into individual servings, that I pull out when I need them for a lunch time sandwich. And even greater reward is the ham bone that comes with. This can easily be thrown into a pot of soup (bean or split pea are delicious).

Now that I am cooking a ham more often, I want to have try out some different recipes. I like Alton Brown's recipe for ham that includes a ginger snap/mustard/brown sugar crust. The downside of that recipe is the crust doesn't hold up well for leftovers. So I am going to save that recipe for when I have more diners at my house.

This last week I came up with a root beer glaze to rub on the outside of my ham. Instructions are below.

Instructions
I like to use the method Alton Brown uses. It involves slowly heating the ham up at 250 degrees and removing the outer skin to apply the glaze directly to the meat. The outer skin is removed after the ham reaches 135 degrees (usually in about 3 ½ to 4 ½ hours). To make it easy to remove, use a paring knife

to score the ham from top to bottom in a diamond like pattern. Then stick your probe thermometer into the deepest part of the meat without hitting bone. Cover in heavy duty aluminum foil and bake in a roasting pan at 250 until the temperature is 135.

To make the glaze
While your ham is cooking, you can prepare the glaze. Start by placing all the ingredients into a sauce pan and bringing to a boil. Then let sit for 30 minutes to steep the cinnamon stick and cloves. Then remove the cinnamon and cloves. Bring back to a boil. Stir often until the liquid has reduced quite a bit and is the consistency of a syrup. The time it takes depends on the weather and your stove. Anticipate over a half hour at least. Make sure to keep your eye on it, so it doesn't burn. There is a moment when it's done and then moment it's burned. When finisihed set aside until ham is ready. 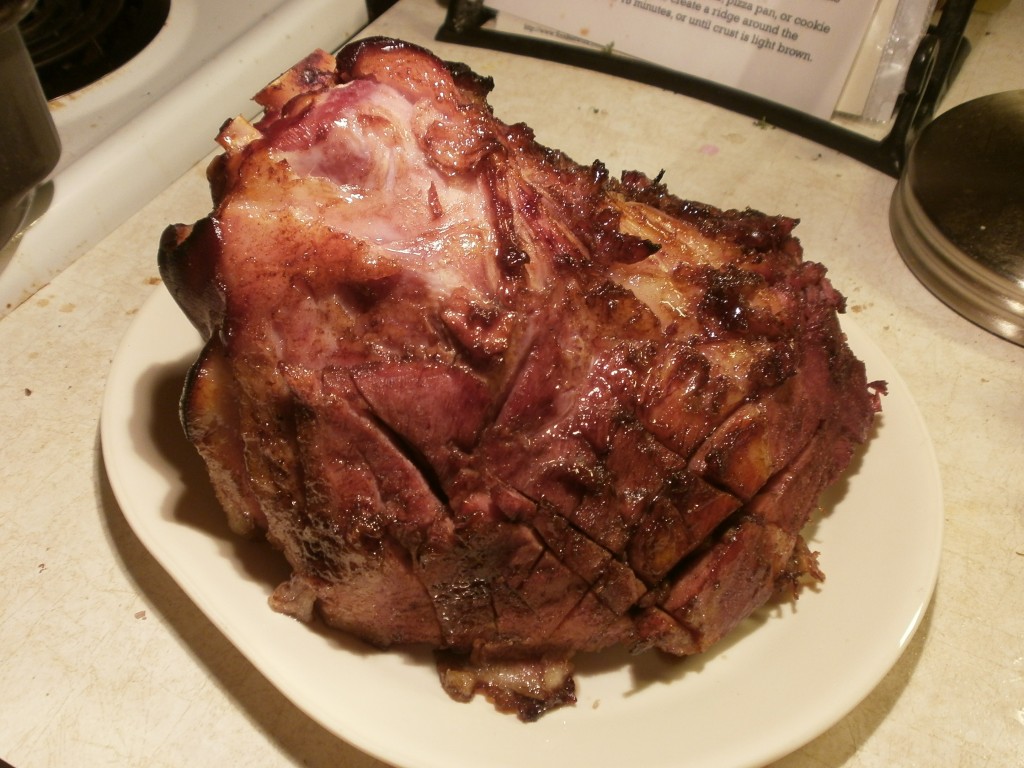 To add glaze to ham
Pull the ham from the oven when it has reached 135 degrees. Remove the foil & probe. Turn the oven up to 350. Pull off the outer skin of the ham. Then using a pastry brush, brush the glaze over the ham, trying to cover as much area as you can. Then put back in the oven uncovered for 30-60 minutes, until you get a nice caramelized color on the outside of the ham. Be watchful so that you don't burn it the glaze you worked so hard on. Let the ham rest for at least 20 minutes before carving.