Last year, I spent a lot of time covering one of the newest (and might I say best) apple varieties to hit the market - the SweeTango. This delicious apple is a cross between the Honeycrisp and Zestar. It is one of the most flavorful apples. It tastes as if someone stuck some apple pie spices inside the apple! I recently saw some pictures (and posted them here) of the SweeTango trees in full bloom. Can't wait until they are ready! 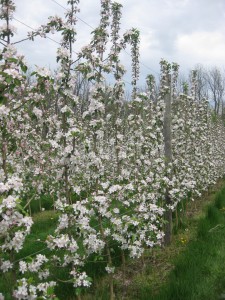 The apple hit the market place in 2009, but was in very limited quantities. I was lucky to get my hands on some SweeTango Apple Cider, but didn't try the apple itself until 2010. The amount of SweeTango available last year was still somewhat limted, however available to a lot more people than the year before. Good news - this year it is predicted that the crop will triple in size making this flavorful apple available to a much bigger audience.

When will SweeTango Apples Be Available in 2011?
SweeTango is an early season apple, ripening right around the beginning of September. I will keep track of places where you can buy the apple as I did last year. So if you are interested, make sure to frequent the site then. Or you can like my facebook page and I will periodically give updates. 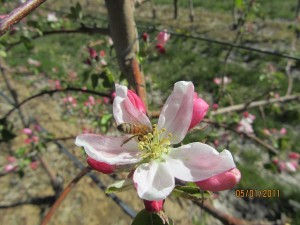 Check out the latest press release on SweeTango