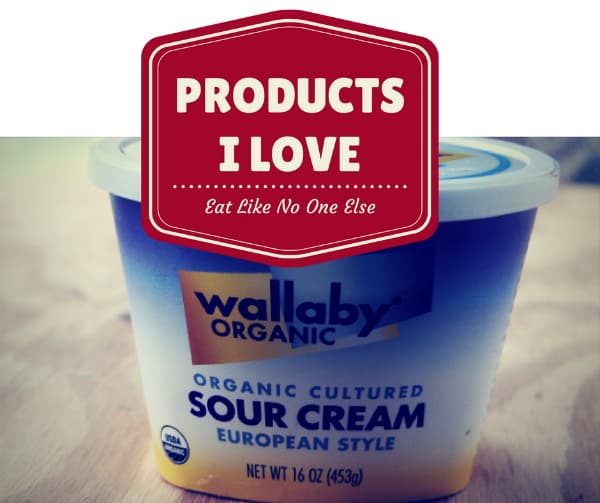 Have you ever been in this situation - it's Taco Tuesday, you have worked your butt off to make some of the tastiest tacos you ever made. You did it all the right way. You used grass fed beef. Instead of grabbing an overpriced pack of taco seasoning, you used spices you collect from the bulk section at Whole Foods. You even toasted your cumin seeds before grinding them in your spice grinder, a.k.a. your coffee grinder. You purchased the best local tortillas. You bought heirloom tomatoes that you diced to perfection. Instead of boring old iceberg lettuce, you are using a mix of arugula and baby kale. Bring your creation to the table where some freshly grated Mexican cheeses await. And as you put it altogether, you top it all off with some generic store bought sour cream that has more ingredients in it than the rest of your entire meal. All your hard work just to be topped with an inferior product that leaves you with an artificial greasy taste in your mouth. We can't have that!

How can one assure that this situation never happens in their home. Today I want to share with you the best sour cream I ever had - Wallaby Organic Sour Cream. It's time to add a little bit of Australian to your tacos (ok, actually the company is American, but they were inspired by time spend in Australia, just roll with it). 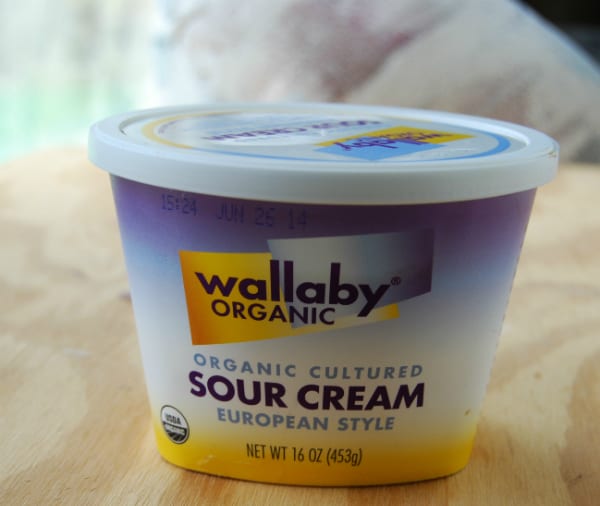 It all begins with the texture. Velvet is the first word to come to mind. This sour cream is smooth and thick. The thickest sour cream I have ever seen. Not runny in the least bit. It is rich in flavor and not too tangy. The sour cream contains just two ingredients - Organic Cultured Pasteurized Cream and live active cultures (L. acidophilus, bifidus, L. cremoris, L. lactis, L. paracasei.) A lot of sour creams are "watered down" with nonfat milk such as Organic Valley sour cream that has Organic Cultured Pasteurized Nonfat Milk as it's first ingredient. Of course that makes it cheaper to make and it has less fat, but I want the best sour cream and Wallaby is that.

1. The sour cream is also made from cream from cows that meat the USDA standards for being raised organic.

2. Wallaby sources local, small family farms for their milk - so your are supporting these families when you buy Wallaby products. Check out their website to learn more about these farms.

Why is it called European Style?

Again it goes back to the culture used to make the sour cream. Other styles of sour cream use acidifiers to make sour cream. Your cheap store brand sour creams are this style. It's a quicker process that is cheaper but don't produces a sour cream with the depth of flavor of the European style. 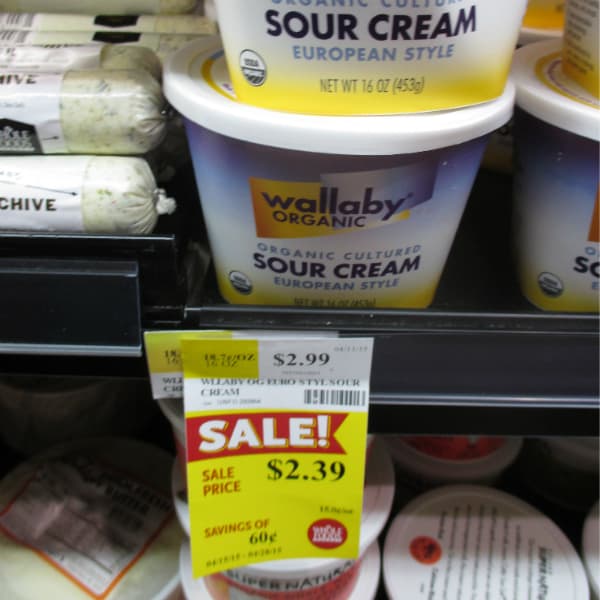 How Does It Cost?

The everyday price of this sour cream at Whole Foods Market, where I normally get it, is $2.99 . But the good news is that it is often on sale at least in my region. It seems like once a month or every other month. The sale price is typically around $2.39 for the 16 ounce tub. That's not a bad price considering that you are getting a sour cream that is organic and made of pure cream. Look for at your local Whole Foods and make sure to check out some Wallaby's other products - I especially think their Kefir is the best as well.

« When Does White Peach Season Begin (and End)?
Lady Alice Apples - The Best Apple at Costco »