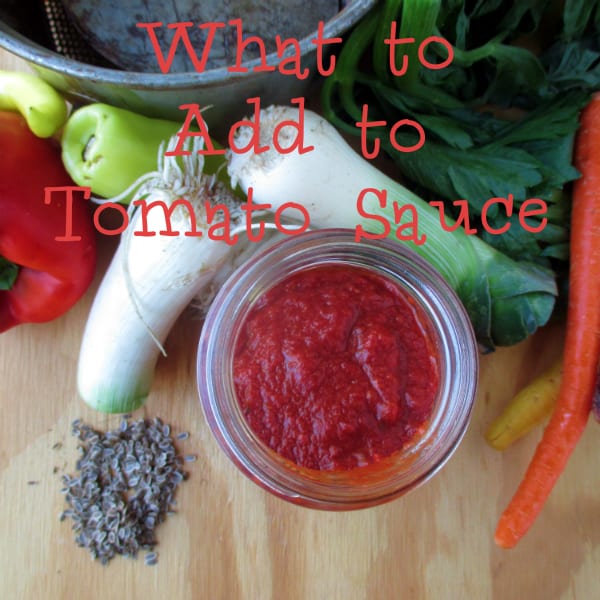 This is part of a series on ingredients to add to your homemade tomato sauce to give it a boost of flavor! For all the post in this series, click here to view them all.

My wife discovered this year, that she loves adding peppers to tomato sauce. We had a couple small orange bell peppers from my garden, we wanted to use up, so into the sauce they went. It added a nice, unexpected dimension of flavor to the sauce. I made sure to get some peppers to add to my next batch of sauce. 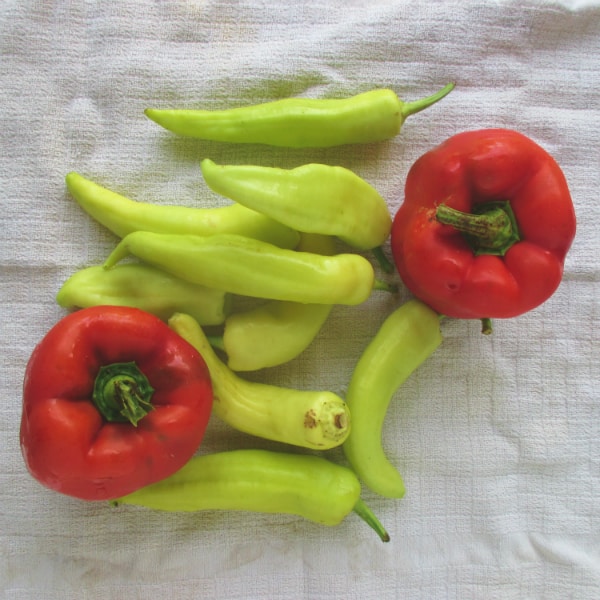 Choosing the Peppers
I personally don't make really spicy tomato sauces, when adding peppers I typically go for sweet ones that enhance the sweetness of the sauce. Usually a bell peppers, but I have used a mild banana pepper that had a little bit of heat to it. If you want spicy, use any hot pepper that you like. You could also roast the peppers in the oven first to give them some chare and bring out their sweetness. I do this with Hatch chile peppers each year and then freeze them for later use. 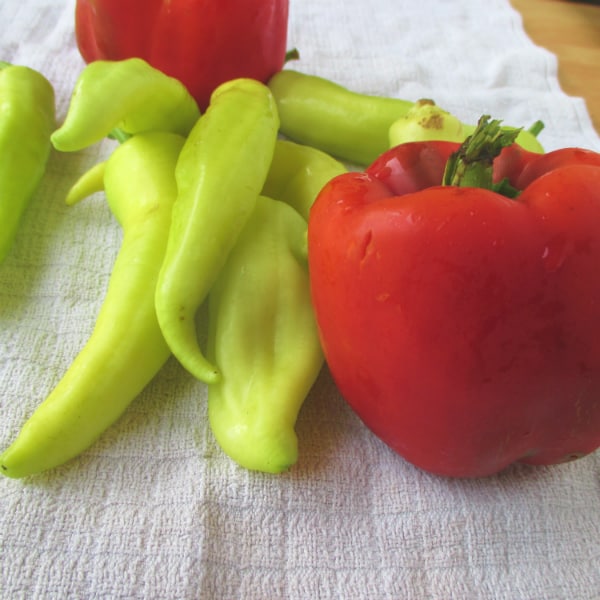 The farmer's market will give you the best variety of peppers to choose from. Stores peppers are most of the time, hot house peppers grow in a greenhouse in Canada, Mexico, or even Holland (the country, not the city on the west coast of Michigan). For sweetest peppers avoid the green ones or even the purple ones that most of the time are green underneath. Orange is our go to color.

How to Add them to the Sauce
If you chop them up fine enough they will turn to mush along with the rest of your tomatoes. Since I use a food mill to filter my sauce, I just give them a rough chop and run them along with the tomatoes through the mill. If you use hot ones, leaves the seeds out if you don't want it too hot.