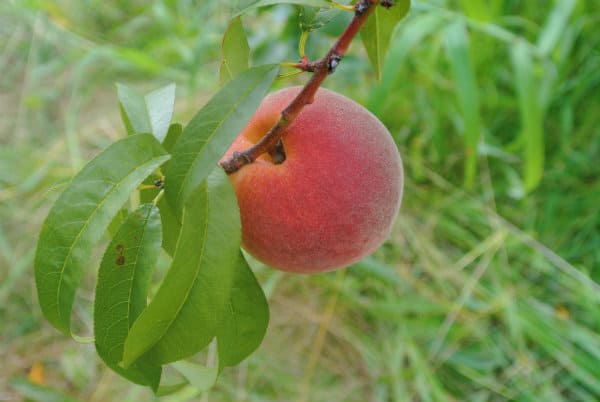 The Red Haven - the peach that every other peach is judged against. By far the most well known variety of peach in my neck of the woods. People eagerly anticipate this peach every year - they go wild over it. The season is a short one, so when they are available you need to grab them fast.

The 2014 Red Haven Peach Season
The weather plays a big factor into when Red Havens will be ready each year. Or if they will be ready at all. We had a record cold weather this past year with temperature going below -10 degrees multiple times. This end up killing some of the buds of the peaches before they could even reach the spring. The buds for a peach form before the winter not during the spring. Peach tree need to go dormant and require a certain number of chill hours (temperatures below 45 degrees). But if temperature gets too cold, too often it can kill the buds like what happened this year. Many orchards in southeastern Michigan have no peaches at all this season. The western part of Michigan did a little bit with the more hilly terrain and Lake Michigan to nearby to keep the temperatures slightly higher. Other states suffered as well (read about the problems in Indiana) 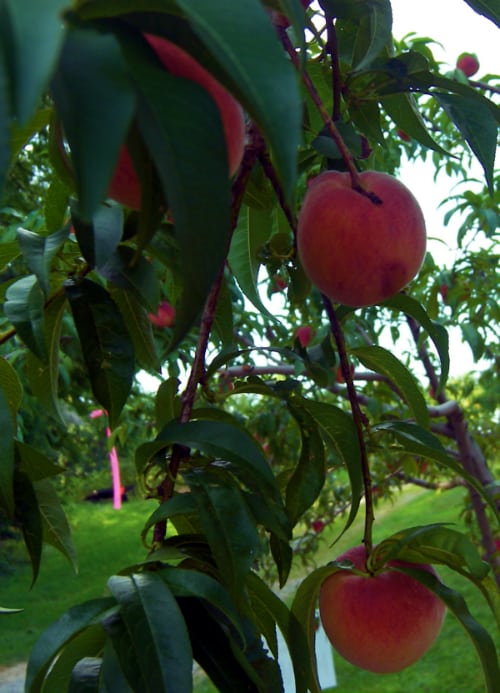 Another thing to factor in is the very mild summer we have had here in the Midwest. I have yet to see a 90 degree day this summer at my house, which is very uncommon. The ripening process of the peaches has been delayed. So not only is the crop not abundant this year it is also later. I managed to pick up some Red Havens from Virginia at a store while I was in Shipshewana, Indiana.

What is Difference Between Red Haven Peaches and Early Red Havens?
You may have heard people saying they have early Red Haven peaches. What is the difference? It is either a strain that ripens two weeks early that is clingstone or another variety in the Haven series that is using the Red Haven name to generate sales. August is the month to find true, freestones (most years) Red Haven peaches.

Farm and Farmer's Market Reports
Here are some things I have heard about Red Havens from various farms and markets.

Ann Arbor Farmer's Market
None of the vendors at this market are selling any peaches this year.

Port Huron Farmer's Market
My mom was at the farmer's market in Port Huron on Tuesday, August 12th. A vendor told her that she would have Red Haven the following week.

Fruit Acres Farm in Coloma, MI
They began offering u-pick on Red Havens on August 9th and ran out of u-pick on August 16th. They still have already picked Red Haven available in this market as of this writing.

Norton's Produce in St. Charles, IL
They have Red Havens peaches in stock as of this writing.