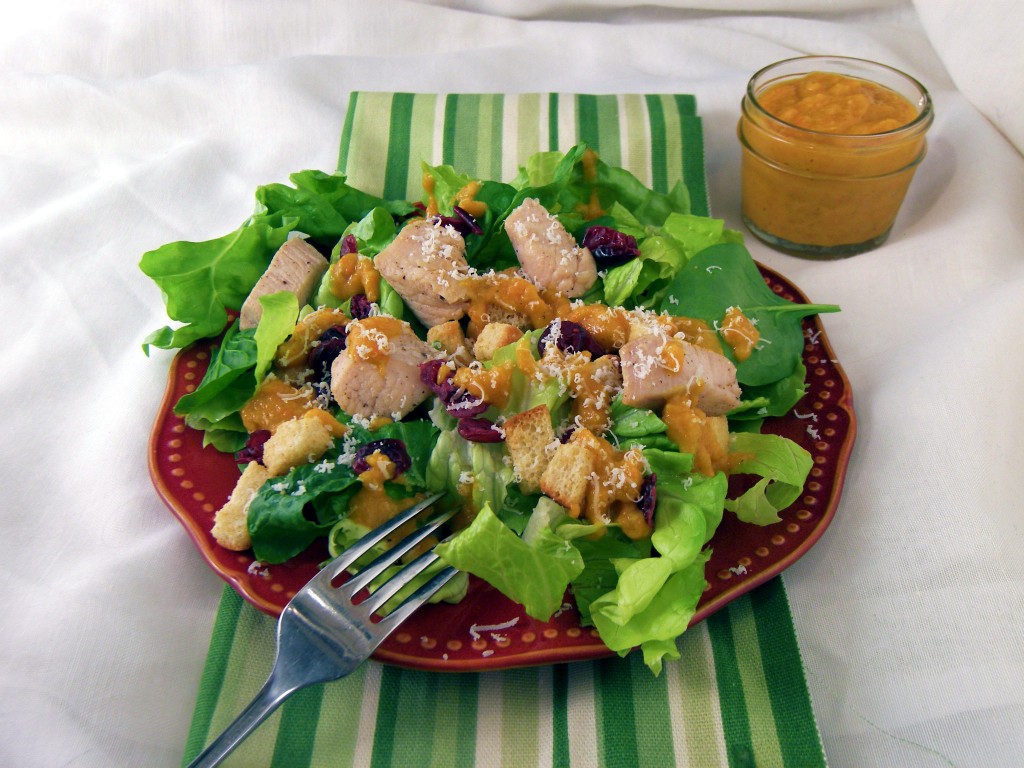 Soup or salad? A question I often received as a kid that I despised when dinning out. Only rarely did I want the soup being offered so I had to go with a salad. Salads I was never impressed with either. Reason being I hated salad dressing. I thought they were all yucky. I would pick some of the lettuce, a few croutons, and pass the rest of the salad to my dad. For years I have never wanted anything to do with salads. I prefer my green veggies cooked in the form of green beans, broccoli, and the like. That is until I realized my salad problem. I hate mayo. Just despise the stuff. Most of the salad dressings I tried were mayo based. As it turns out for years I should have been turning down the fatty, mayo based dressings for those oil/vinegar combos we like to call vinaigrette.

Today I have for you a simple recipe for a chicken breast salad with a vinaigrette, no mayo needed or wanted here. Now this isn't your everyday let's just shake up some oil and vinegar and call it a day. This is a roasted root vegetable vinaigrette that I recently saw on an episode of Giada at Home. It is meant to be made after roasting parsnips, carrots, and shallots along with a whole chicken. What I did was just roast up the veggies and saute some white meat chicken for the salad. 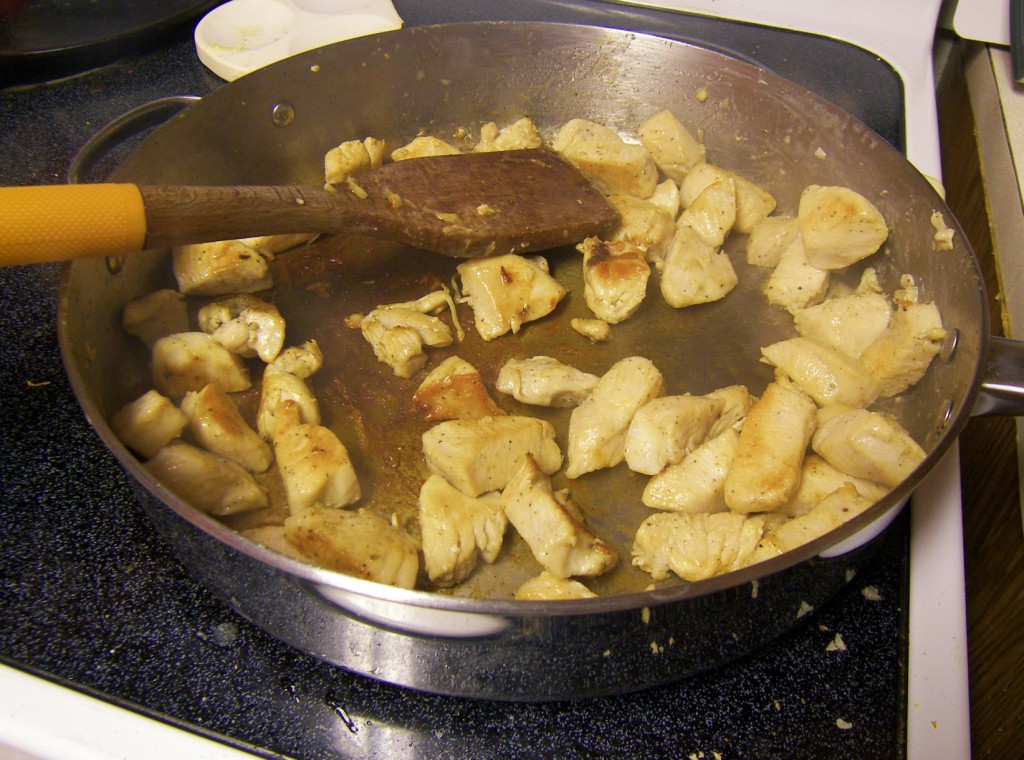 I started by cutting the chicken into as equal sized cubes. You can do this with sharp kitchen shears

. I used some boneless skinless chicken breasts I got a the grocery store on sale for $1.69/pound. Then add a little sunflower oil to my favorite large saute pan. Season the chicken with kosher salt and freshly ground black pepper. I started the chicken on medium heat to cook through and then crank the heat up a bit to brown. Set the chicken aside to cook. 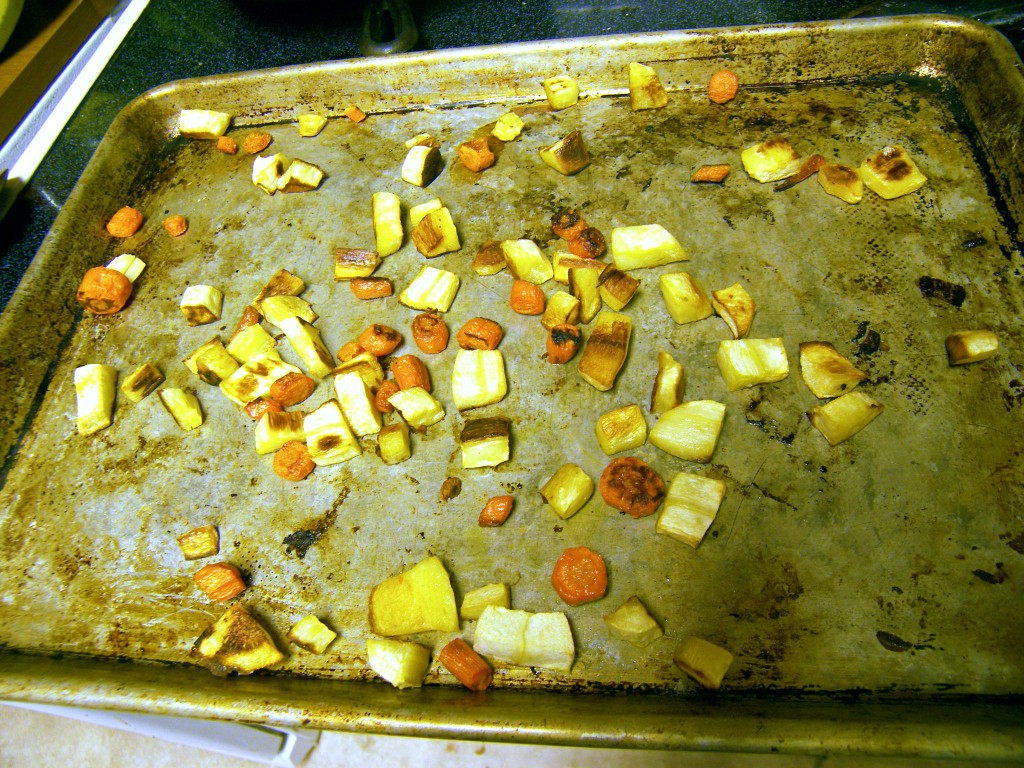 While all of that was going on, I had 1 Parnsip, 1 carrot, and ½ a shallot roasting in a 400 degree oven on a sheet pan. I added a bit of oil and kosher salt before roasting. I cut them in bite size pieces so they would be done quickly about 20 minutes (flipping half way through). I let the veggie cool before starting the vinaigrette. 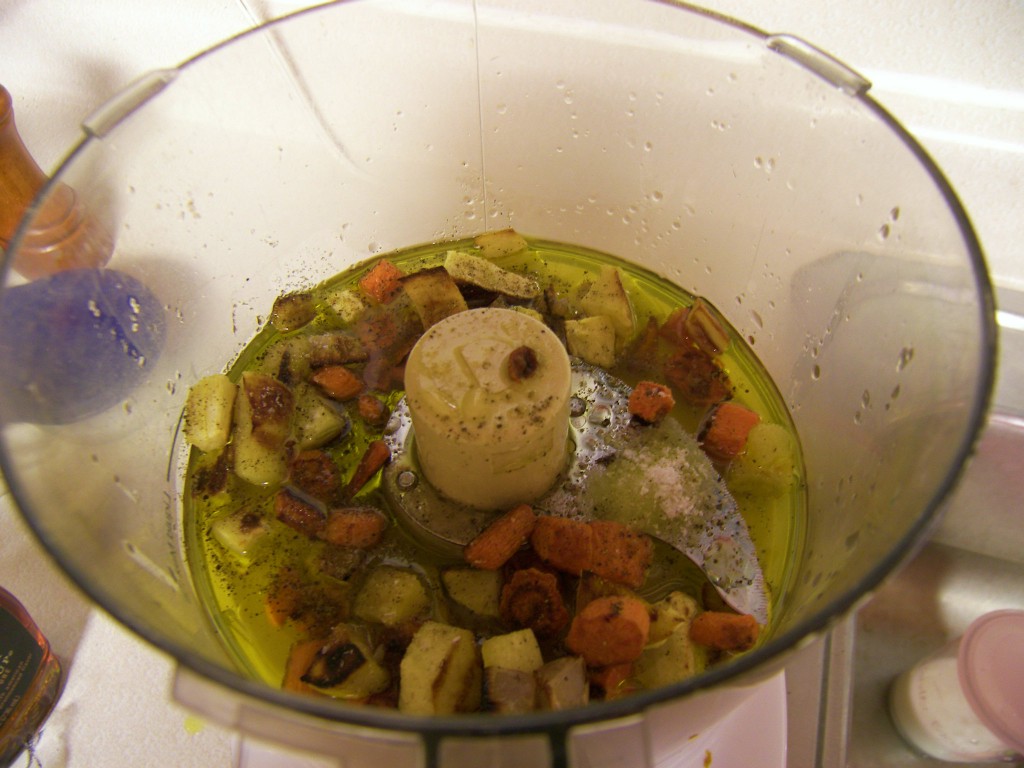 I then placed the root vegetables and all of the rest of the vinaigrette ingredients into my food processor. This includes (taken from Food Network's website):
⅓ cup extra-virgin olive oil
¼ cup frozen apple juice concentrate, thawed
2 tablespoons apple cider vinegar
1 teaspoon maple syrup (Grade B if you can get it)
¾ teaspoon kosher salt
¼ teaspoon freshly ground black pepper 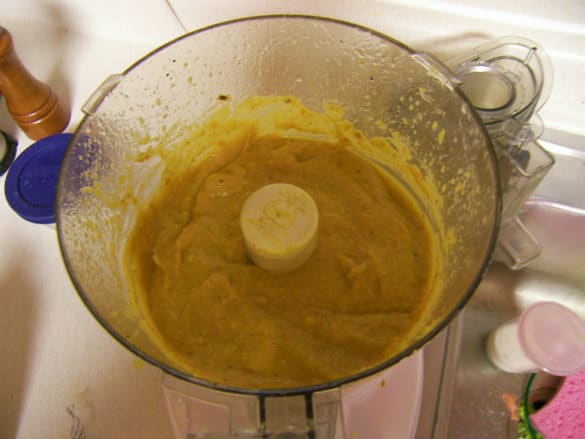 The vinaigrette came out pretty thick. So I added a little more oil and a bit of water to get it to my desire consistency. It's still going to be thick for a vinaigrette, so don't go too crazy with the water. I just keep tasting as I was going.

Choosing the Lettuce
Giada served her vinaigrette over a combination of radicchio, romaine, and Belgian endive. A nice vary combo in color, texture, and flavor. I opted for romaine with baby spinach and Boston lettuce. Do whatever you like. See what looks good in the store (better if from your garden). I highly recommend picking a mixture of something to go with. A mix is always better textually and flavorly (that is now a word in my dictionary) than jut a single type of green. But I don't recommend buying a bag mix. Those cost you more money per pound and aren't as fresh.

Final Comments on the Vinaigrette
Overall I was pleased with the vinaigrette. It is very flavorful and rich. The texture and sweet you get from the root vegetables is nicely complimented with the acidic from the apple cider vinegar and the apple juice concentrate. The maple syrup while not overpowering is just there to add another touch of sweetness. It's a good salad dressing indeed that was really nice on the chicken. And it's not bad for you at all. Next time I am asked soup or salad, I won't be so hesitant to go with the salad, especially if I bring my own vinaigrette with me!