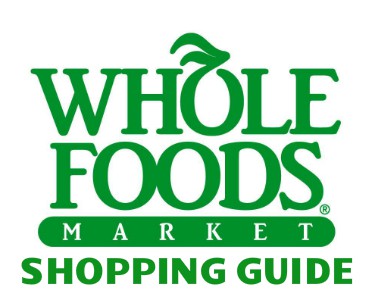 Looking to buy that perfect ham to complete your Christmas meal? If you have a Whole Foods Market nearby here are some options that are available for you.

Selection and prices are based on what I found in the Ann Arbor, Michigan store in December 2013

Wellshire Farms is based out of Swedesboro,NJ. The entire line of products are free of nitrates and nitrites and never contain artificial ingredients or preservatives. You will see their meats labeled as "uncured" because they do not have any added nitrates or nitrites. All of their hams are fully cooked and come from pigs fed a vegetarian diet that is free of any added antibiotics or hormones.

The company began in 1993 under the name Yorkshire Farms. They changed the name to Wellshire in 2003. They began selling their products exclusively to Whole Foods Market in 2008.

What is a Black Forest Ham
One of their offerings is a Black Forest Ham. Originally Black Forest Ham come from Germany. It contains certain spices that give it it's unique flavor. Ones made in the United States are not officially defined so it may vary from company to company. They should be flavored in the Germany fashion as well as a similar process of a long cold smoking that gives the ham a black coloring on the outside.

What is a Virginia Ham
Like the Black Forest, this is a type of ham that is based on the seasonings and curing process of hams in Virginia. A Virginia style ham very well may be a country ham. These hams in hung to age in a smokehouse. They tend to be more salty than city hams, which is the ham style most of us are accustomed to. Again the name is not necessarily regulated, so you might find a Virginia ham to be seasoned but not necessarily cured like a country ham.

Pederson's Natural Farms is based out of Hamilton, Texas. They have been around since 1992. They do not use any artificial ingredients or preservatives in their products. To read more about how they treat their animals, check out their website.