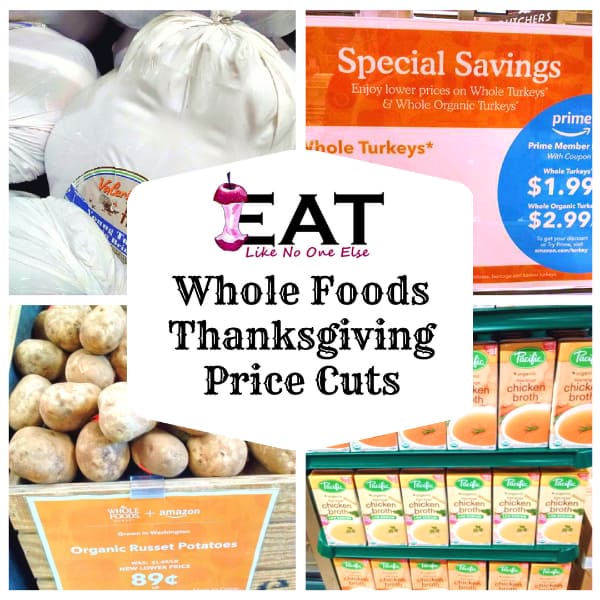 Amazon is at it again. They announced another round of price cuts at Whole Foods in time for Thanksgiving. The last time they did this it caused a nice surge in foot traffic for the struggling Whole Foods. Over time that traffic began to fizzle back out.

I believe some people felt that prices were going to be reduced more than just some select items. So there was some disappointment. My thought is that you can't just reduce the cost of everything at once without serious repercussions. Whole Foods prices cannot just be lowered to ALDI or Walmart prices. The products they sell aren't the same as those grocers. I am willing to give it some more time before I judge the Amazon affect on Whole Foods.

So another set of Amazon + Whole Foods signs have hit the stores as of Wednesday. For the purpose of this post I am strictly focusing on Thanksgiving items. Amazon did lower prices on other things like salads green, rice and yogurt.

This is the reduction that is getting most attention. Turkey is the star of the meal so make sense to let turkey be the lead of your campaign. Now this deal is ONLY for Amazon Prime members. The first deal of it's kind. Whole Foods is not ready to roll out the whole Prime discount program. I have read there has been difficulty integrating Amazon and Whole Foods, this was said by Whole Foods CEO John Mackey. The coupon idea seems to be a way to start offering deals to Prime members even thought they aren't fully ready to roll out the program.

You just download a coupon on Amazon's site to get the deal. Not very high tech, but still works. So what is the deal? 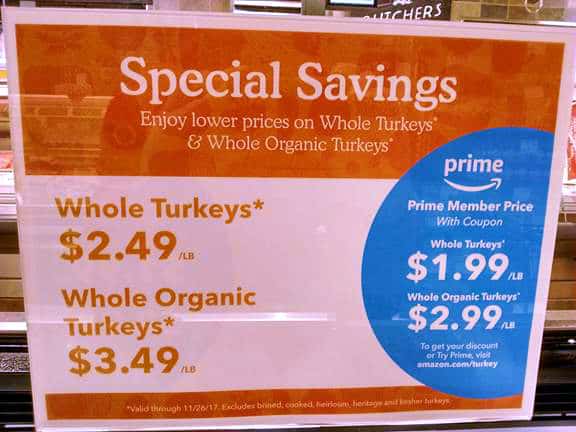 I do have to say this is a nice discount. The organic turkey price puts Whole Foods at the same price as the organic turkeys you can get at Costco. The Whole Turkeys they are describing here are the Nature's Rancher turkeys. Their products are exclusively sold at Whole Foods stores. I would say they are a step up from the cheap bargain frozen turkeys sold at most grocery stores. 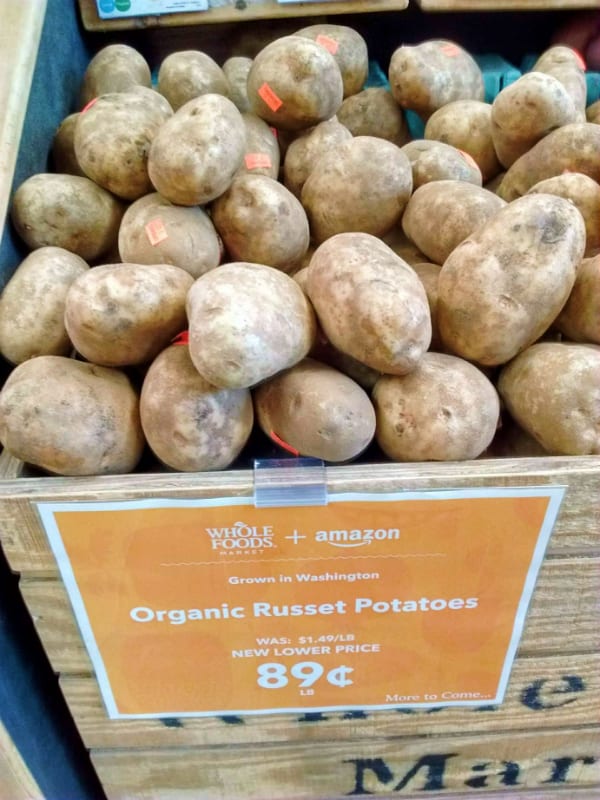 Turkey is number 1. Mashed potatoes are number 2 for the meal. If you are a fan of using Russett potatoes for your Thanksgiving meal, like I do with my No Peeling Necessary Baked Mashed Potatoes, then you will be happy to see these price reductions.

No reduction on any other potatoes at all. I would call these good prices on Organic Russets. So thumbs up to this one. 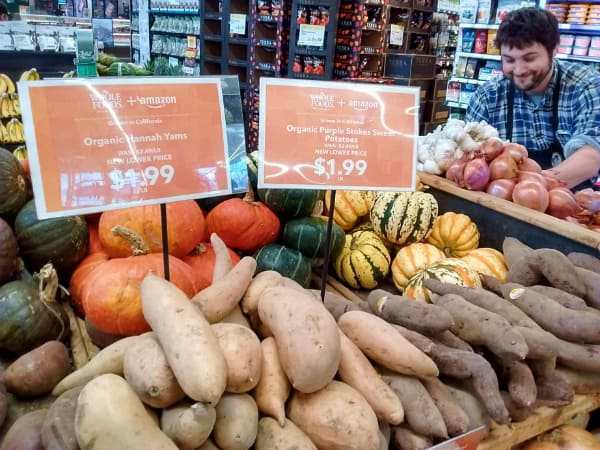 A friend of mine that works at Whole Foods smiles in the background as I take a photo of some sweet potatoes with their new Amazon + Whole Foods signage.

However this is no different than they did last year at this time. The price went back up to $2.49 a pound eventually. So this isn't really that exciting or revolutionary. 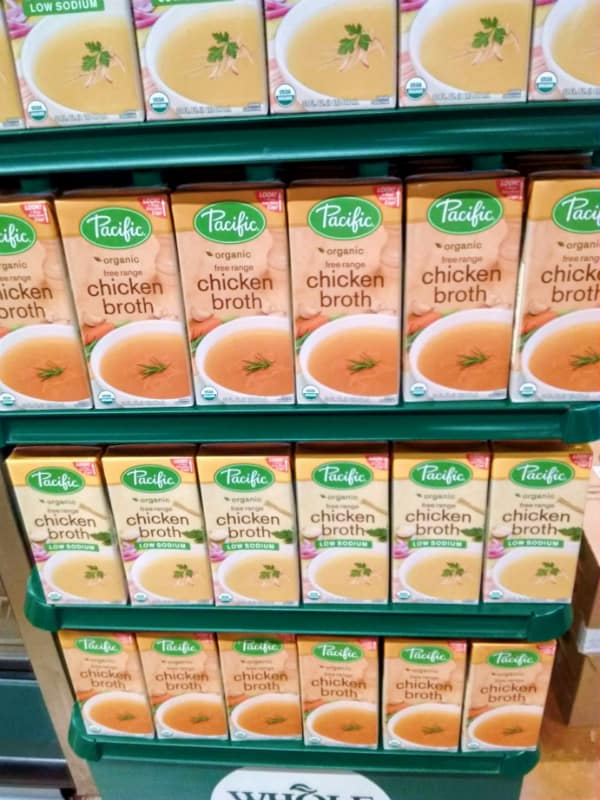 Pacific brand stocks are now cheaper just in time for your Thanksgiving meal.

The only thing to note in this category is the cost of Pacific brand broths has been reduced in time for Thanksgiving. It is now $2.99 for 32 ounces of organic chicken broth. Great for your gravy making, or to add some moisture to your stuffing. This is good if you are looking for organic and Pacific is a good, quality brand.

Overall, besides the turkey, these round of reduction was rather uninspiring. They reduced some prices that were already this price in the past (sweet potatoes). I would have liked to see some better pricing on cranberries or other Thanksgiving staples, even if just for the week. Other grocery retailers are offering better deals to get you in the door. I want to see them do something that says wow. Like I gotta to go to Whole Foods because their cranberries are 50 cents a bag (they are actually $2.49), something crazy like that. With Amazon in tow, Whole Foods can do some pricing like that but still stock the items they are known for.