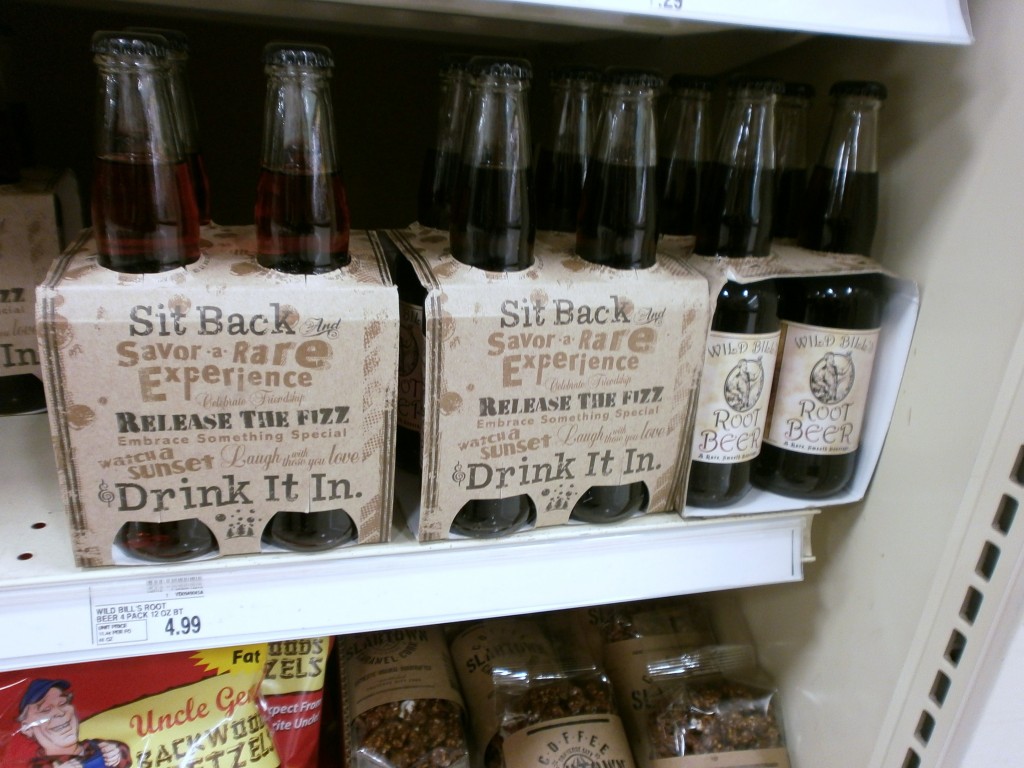 I recently wrote a post celebrating the pop (or soda) that is made in Michigan. While doing research for that post, I read about a soda called Northwoods Soda. It is made up in the Grand Traverse area of Michigan. I have never seen it in stores before. That was until yesterday. Meijer stores across Michigan have begun an initiuative to support Michigan made products. There is a new section in select Mejier stores featuring just Michigan made products. One of those products selected to be a part of this program was Northwoods Soda. 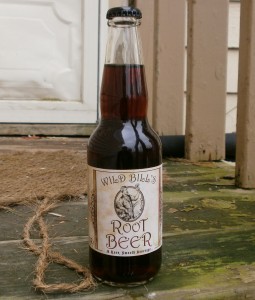 Whenever I trying out a new brand of soda pop, I tend to select root beer first. I figure if your root beer isn't good, then it's likely the rest of your flavors aren't going to be good either. Northwoods Soda calls their root beer "Wild Bill's Root Beer". "Wild Bill" is company founder, Bill Fosdick. The recipe for this brew has been perfected over a twenty year time period. The bottle boasts the claim "A Rare, Smooth Beverage". So I keep that in mind as I took my first sip

No false promises on this bottle, it is definitely a smooth root beer. Not over carbonated. It has a nice, bold, but not too bold root beer flavor. It's not overpowered by vanilla or any other flavoring. It's pure root beer. It's as close to getting it right out of the tap as you probably can get. So I will be giving their other flavors a try.

Where to Buy
You can find it in the new Made in Michigan section at your local Meijer store. You can also purchase it directly from the company, through their website.