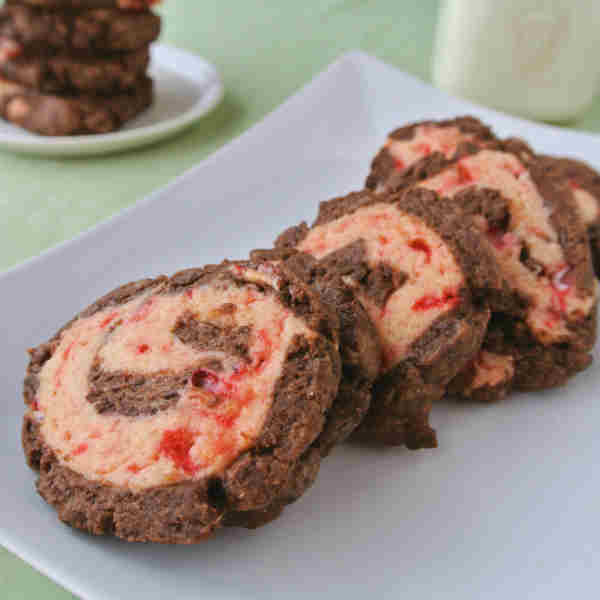 Christmas time brings about an excuse to make (and eat) a lot of cookies. I am always looking to try different cookie recipes. I realized that I had not tried Alton Brown's recipe for Chocolate Peppermint Pinwheel Cookies yet. So I set out to make a batch. Unlike some other Food Network chefs who take the shortcut of using store bought dough to make their cookies with, Alton starts completely from scratch that way it should be done! Below you will find out my experience with this recipe. For the full recipe visit Food Network's website. This recipe appeared in the Good Eats episode entitled "Cookie Clause", which first aired in December of 2003. 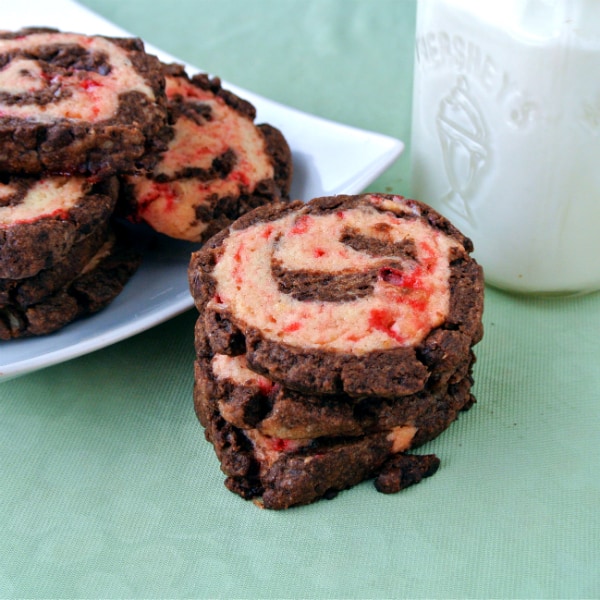 1. Both halves of my dough was on the dry side when it entered the fridge to harden. I think it was just cooking the dough as it and not adding the egg yolk to one half and the melted chocolate to the other, I probably would have added more milk. It's pretty dry at our house this time of year. So take the humidity of your surroundings into effect.

2. It took me about 5-6 average sized candy canes to get ½ cup of crushed canes. I crushed them in a bowl using a metal tenderizer which I actually never use to tenderize meat.

4. Once the dough was rolled it out, it was pretty easy to form it into a log. I don't have a flexible cutting board like Alton, so I used wax paper and it worked great.

Final Thoughts: While this being a sugar cookie recipe, my wife felt that it tasted more like a shortbread, which isn't a bad thing. The cookie weren't as soft as the really soft sugar cookies I like, but they were still good. I love the combination of mint and chocolate.