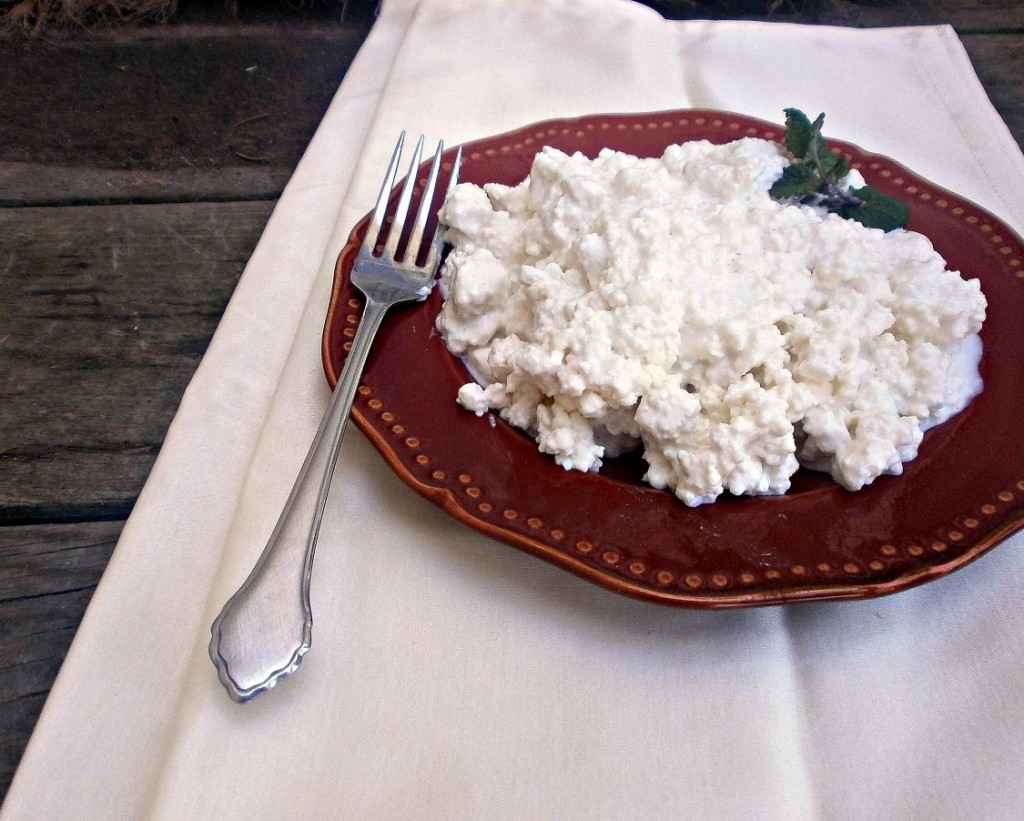 I have always been a fan of cottage cheese. What is not to like about these little creamy curds. A long time ago I saw Alton Brown making a batch of homemade cottage cheese on an episode of Good Eats. I put that recipe on my to do list but didn't get to it until I had a gallon of milk that was right at the door of it's expiration date. So I decided to give it a try, because I had nothing to lose. You will find my notes from this recipe below. For the full recipe visit Food Network's website.

1. First off I had to made some changes. So I am more following Alton's technique than a down to the letter recipe. His recipe calls for skim milk, I had whole milk (ok so mine is going to be a little more fattening). He also called for white vinegar, I only had apple cider vinegar on hand. But nevertheless I decided to go forward with these changes.

2. You begin by heating up your gallon of milk. I used a candy thermomter

, so I could see when the milk hit 120 degrees. Then I added my vinegar. 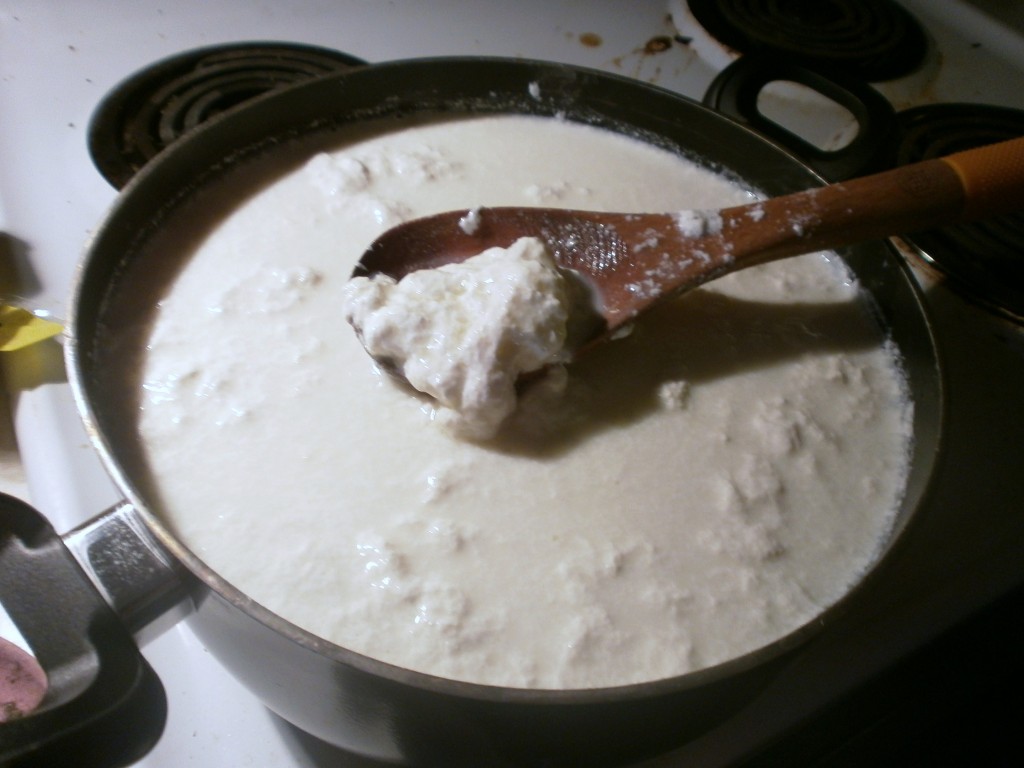 3. It was fun to stand there and stir the milk as it began to curdle right before my eyes. After a couple mintues, it was clear that I had made cheese curds. Now only to get rid of this excess liquid.

4. I used a kitchen towel over top a colander. You don't need to buy cheesecloth. After 5 minutes, it was time to run the curds under cold water, while squeezing them inside the towel.

5. I decided to eat mine a little later, since I like my cottage cheese nice and cold. So I put it in the fridge for a couple hours. Then when it was time to eat we added a little bit of half and half until it was the right texture.

In the end I was surprised how much it made. I saw that the yield was to be 2 cups, so I thought that wouldn't be enough. But we ended up making 4 servings out of it. And the taste and texture was different than what I was use to. There is a freshness to it, that I haven't experienced with cottage cheese before. I will definitely do this recipe again, but I might try reducing the fat and seeing how I like it then. The apple cider vinegar works well, without giving the cottage cheese any funky tastes.

If you really want to get into home cheese making I recommend the book "Home Cheese Making" by Ricki Carroll. I own the book and I find it to be a great resource on how to start making your own cheeses. It has more simple recipe like the one that brought you to my blog today.