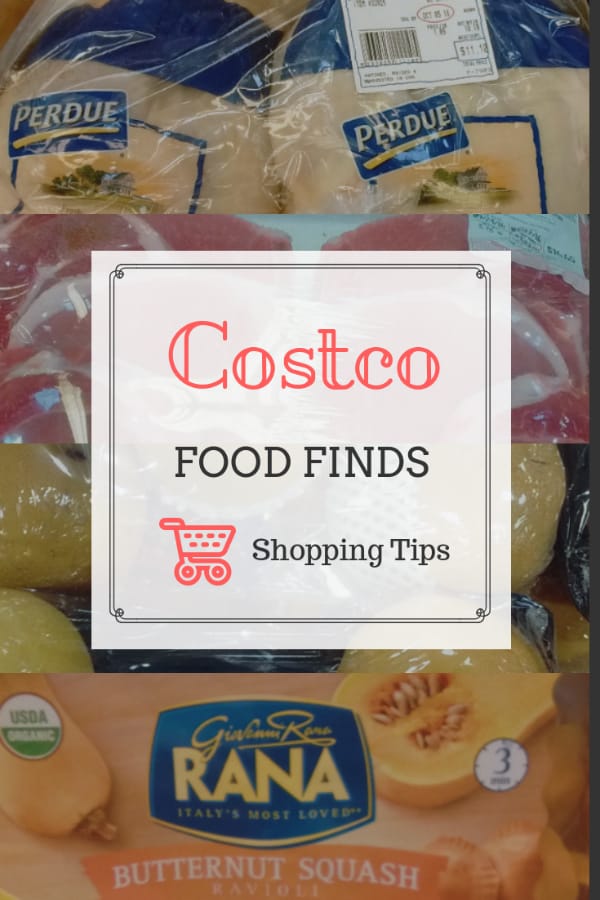 Each month it is my aim to share with you the best food finds at Costco. I was recently on vacation, so I didn't get into Costco until the end of the month. And even though I am publishing this at the end of the month, I will be working on moving these posts to the beginning of the month. So, the October food finds will be posted around my Oct 15th trip to Costco and by November, I will be going there near or on the first on the month. Please bear with me as I make this move. I hope you find these posts to be helpful to get the best out of your shopping experience and that you will be heading into the store more educated than before! Without further ado, lets look at what I found at Costco near the end of September. 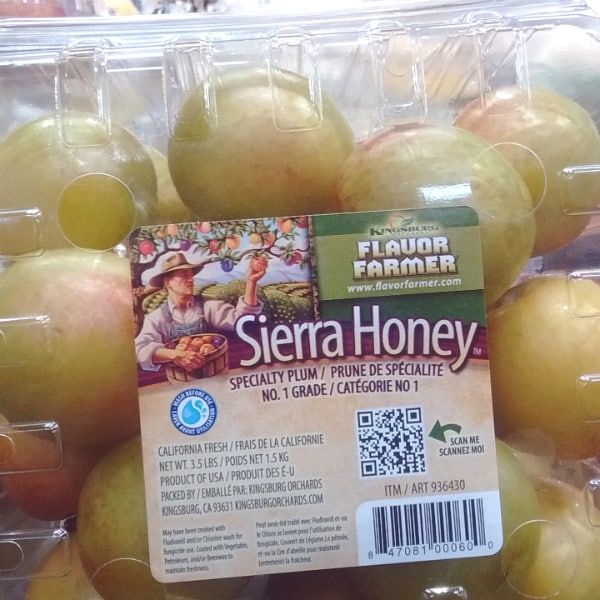 Sierra Honey Pluots
I can't recommend much stone fruit much longer as we are into October and soon most of what is left is stores has been in storage for too long to be good. However, the Sierra Honey pluots from Kingsburg Orcharsd are worth your money. They are sweet with great flavor. They will turn a little more yellow in color as they ripen. If they give a little bit to gentle pressure or appear to take on a slight wrinkled appearance around the stem, then they are ready to devour. As for the other stone fruit - don't buy any peaches or nectarines from California anymore. I don't trust that they aren't mealy as this point. I did see some Nectarines from Washington and those might be alright, I didn't buy any myself. Washington's nectarines are harvested later, so there is a better chance that they won't have been in storage too long that it affects the quality of the fruit. Sierra Honey are highly recommended, so buy buy buy! 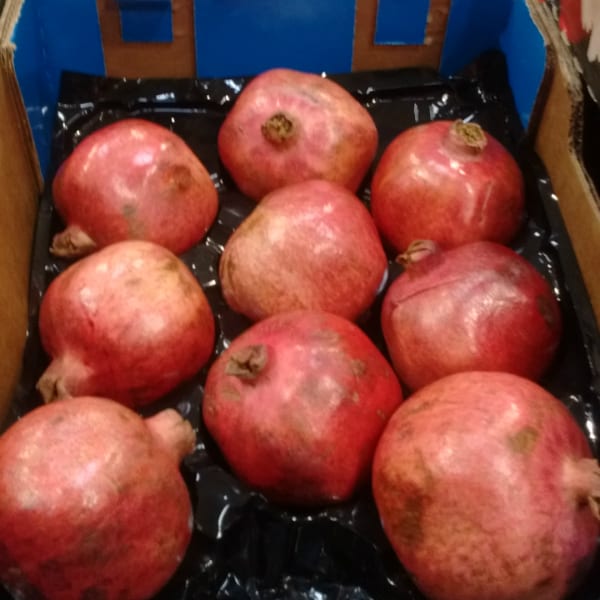 Pomegranates
Let's keep looking at the produce. Pomegranates are now in season. I saw this first hand when I was in California last month. While walking through my in-laws neighborhood and saw one house that had a tree full of pomegranates hanging over the fence. Can't say it wasn't tempting to snatch one, but stealing is wrong! If you are looking for pomegranates in bulk, Costco has a case that comes with 10 of them for $14.99. The per pound price is $1.87. Pomegranates do pretty well in the fridge. You can store them for 1 to 2 months depending on how long they have already been stored before you bought them. If you open the pomegranate, the seeds or arils will probably last from 3 to 7 days. Sprinkle them atop a salad, for a bomb of flavor in your mouth. 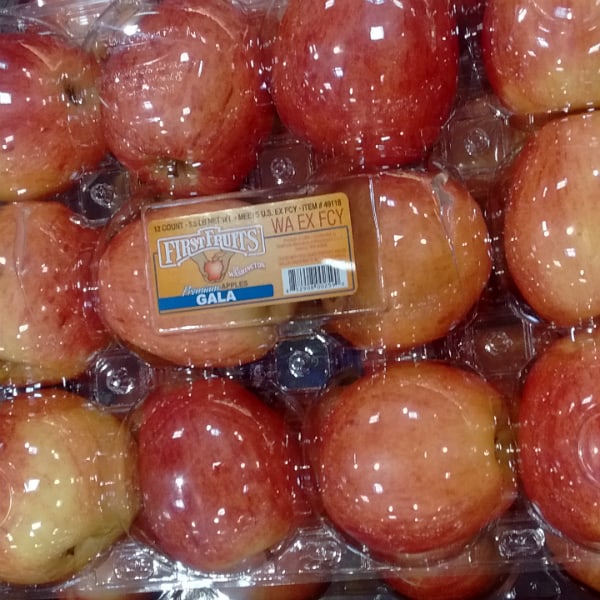 Gala Apples
If you are a fan of the Gala apple, this is when you need to buy them. September to mid-October is when this apple is at it's peak in terms of flavor and texture. I find as you store them longer, the flavor gets more mild and bland. The cost at Costco is $7.49 for a 5 ½ pound bag (which works out to $1.36/lb). If you like in an apple producing state, I would buy them at a farmer's market and skip Costco until the winter months. The prices and selection will be better when you can get them local. 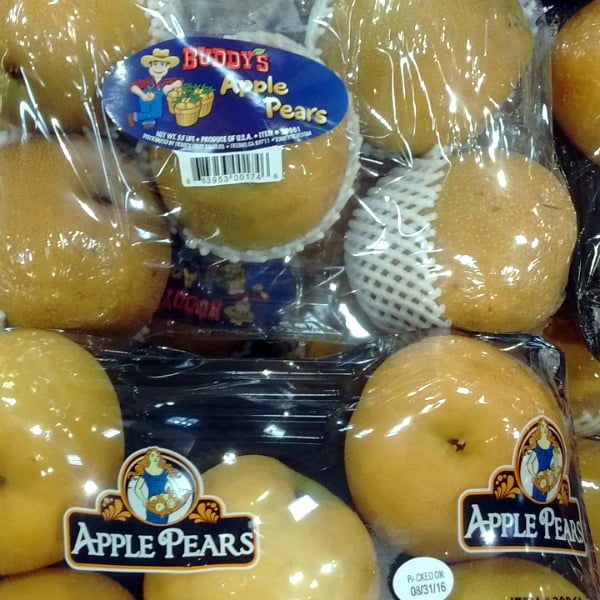 Asian Pears
Sometimes called Apple Pears, which I don't like as it confuses people into thinking they are buying some kind of apple-pear cross - they are not like pluots (plum-apricot). In case you haven't had them, they are a pear that you eat crisp like an apple. They do taste much like any other pear. While not my favorite fruit, if you like them, this is the time to buy as we are in peak season for them. $6.99 will get you 3 ½ pounds of Asian pears. 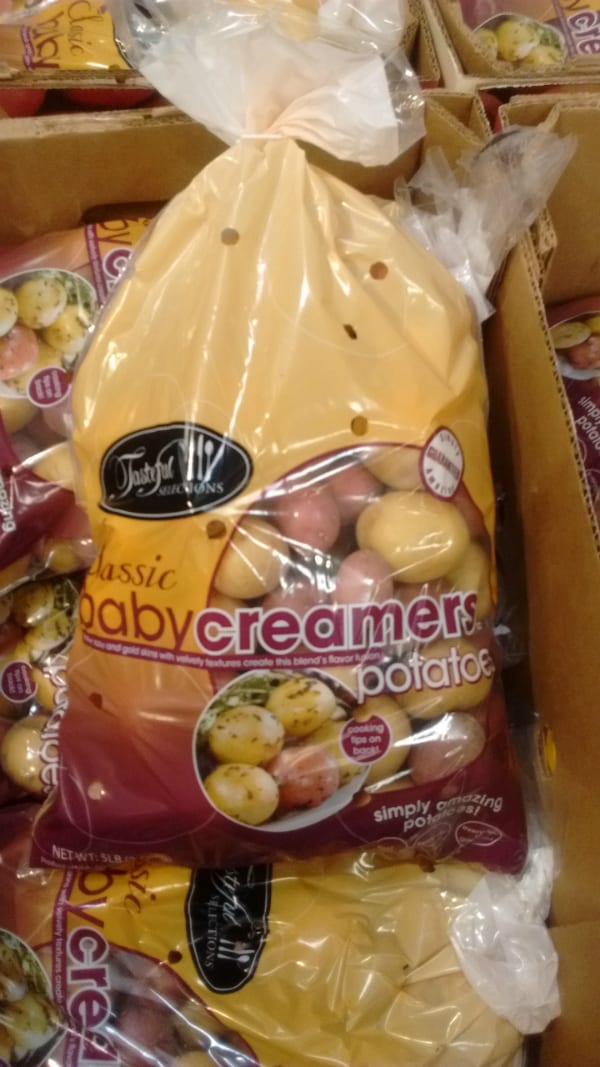 Creamer Potatoes
Let me wrap up the produce portion of this month's food finds with creamer potatoes from Tasteful Selections. They are $7.99 for a 5 pound bag, that works out to $1.59/lb. They are small potatoes that are fully grown, just not that large in size (That is the official definition anyway). Some companies label immature small potatoes as creamers. These potatoes are perfect for when you need a fast side dish and don't have time or want to peel potatoes. 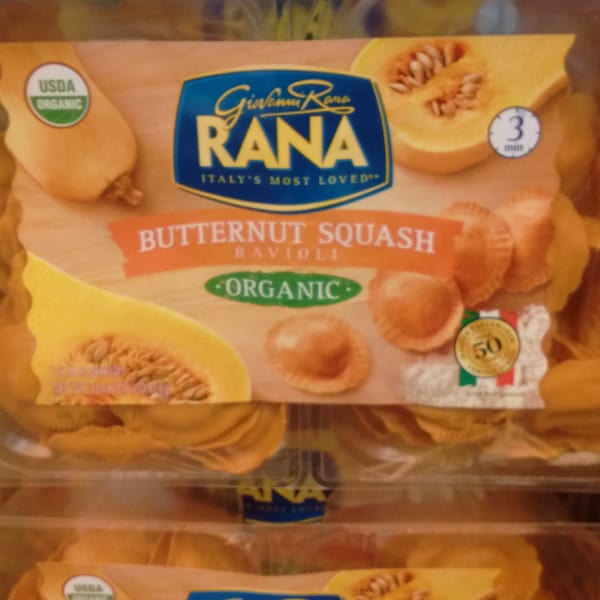 Rana Organic Butternut Squash Ravioli
The turning of spring to autumn means squash. Lots of it. From pumpkin to acorn to butternut, as the temps cool, its time to bust out the squash and squash related products. While Costco hasn't been taken over by pumpkin mania, like Trader Joe's, they still had something to "squash" our teeth into. I am all about making your own ravioli, but if don't have the time or motivation, try Rana Butternut Squash ravioli with your favorite sauce. A creamy or tomato sauce would both work well, especially if it's using some of the last tomatoes of the season from your garden or the farmer's market. 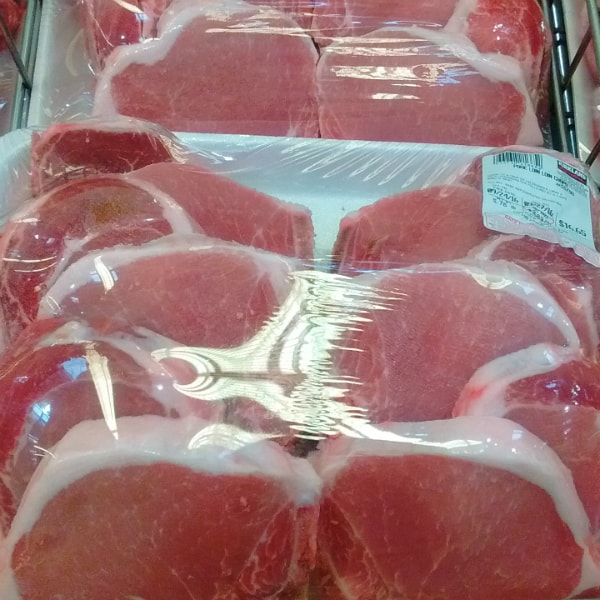 Pork Rib Chops
The sale ended as of yesterday, but they did have pork ribs chops for $2.50 off per package. I ate half the package and froze the other half for later. Pork chops are a big hit with my kids. I brined them in chicken stock, salt, and pepper for a couple hours, then pan-seared them. I made a sauce of broth, rosemary, and honey for my wife and I. I was impressed with the quality of the meat and the price of $2.79 per pound. They were of better quality than stuff you find at Kroger or Meijer stores. 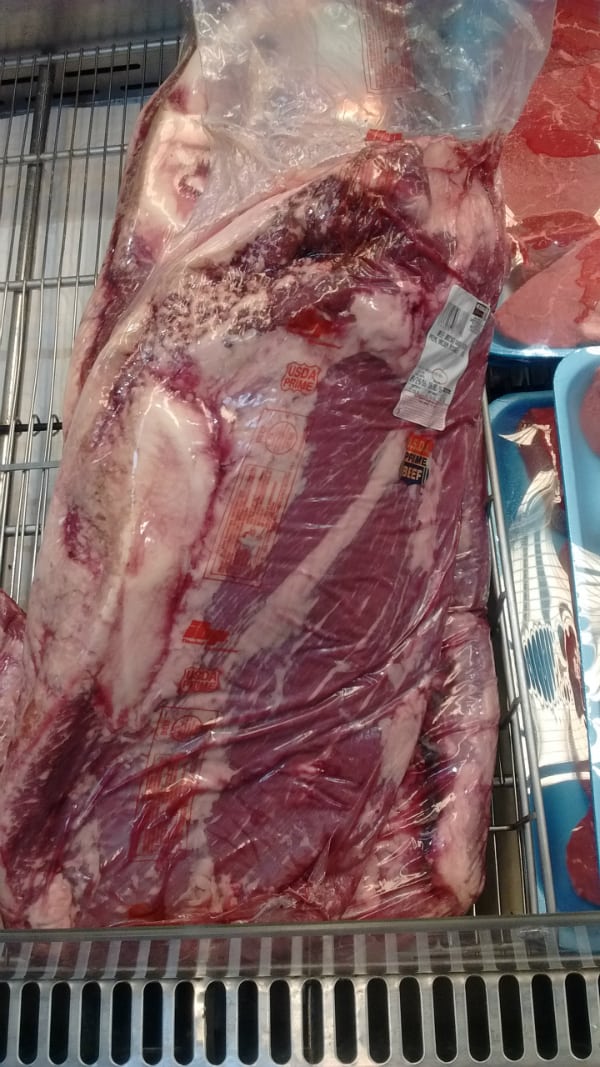 Prime Beef
The selection of prime beef can be limited at Costco. I don't know if it was the day or time of year, but they had quite a bit of prime grade beef on my last trip. If you want to experience prime beef without experiencing the setback to your savings account try the brisket. A whole one was going for only $2.79/pound, which is crazy. I almost wondered if that was a misprint, you might want to check with your store first. A whole brisket is a lot of meat, so unless your having a party or want to freeze some, it will be too much for ya. They also had these selections - 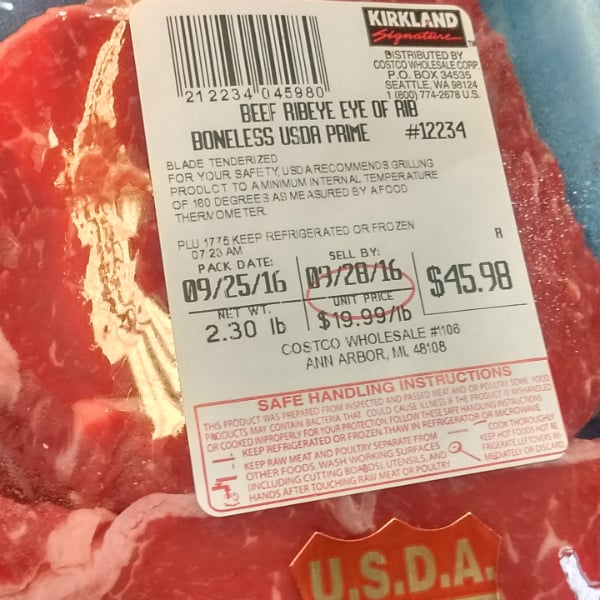 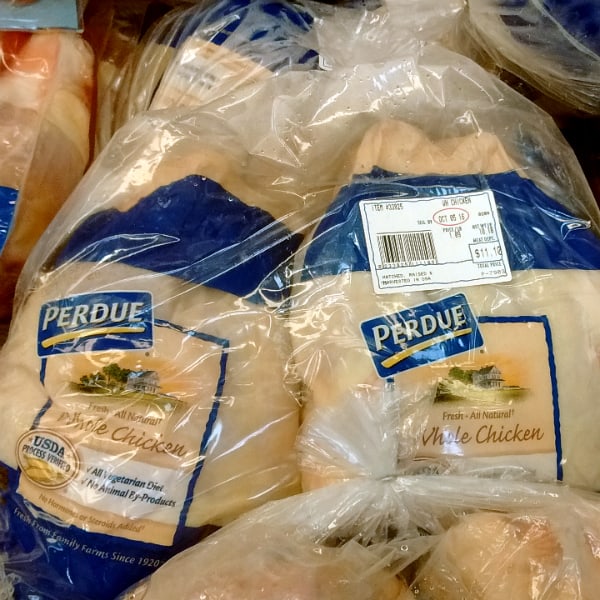 Perdue Whole Chicken
Well not anything I hadn't seen before, this was my first time buying whole chicken at Costco. They come bundled in a pack of two whole birds. The per pound price is $1.09/lb - pretty good deal. What I liked about these chickens is that they come with the giblets, which I use for making either gravy or homemade chicken stock. On this occasion, may main reason for buying chicken was to make a pumpkin chicken chili. If there is some interest I will post that recipe. If I wasn't on a tight budget for this shopping trip I may have opted for the organic chicken.

Thanks for checking out this edition of Costco finds. Any questions or anything else you would like to see featured in these posts? Leave a comment below.