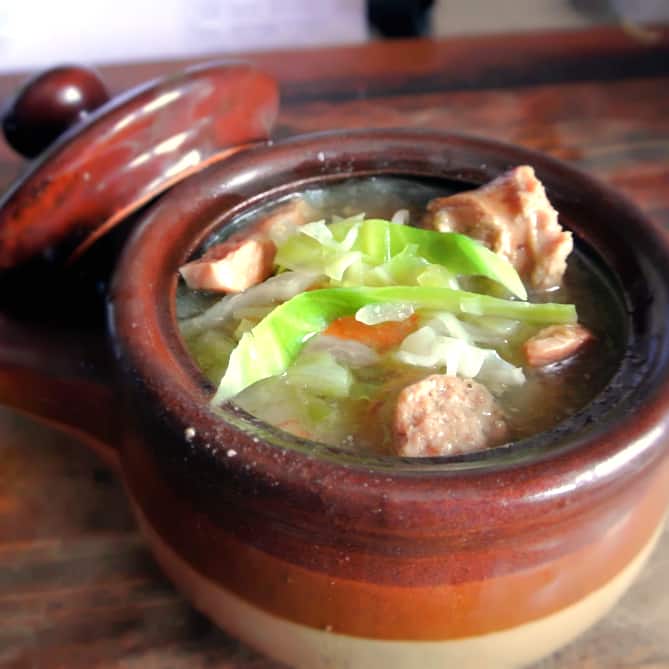 For St. Patrick's Day this year I wanted to make an authentic Irish dish. Something they would actually eat in Ireland. Sorry to burst your bubble - corned beef and cabbage is Irish-American, but not Irish (learn more: Why Do We Eat Corned Beef on St. Patrick's Day).

The main reason corned beef became a stable of St. Patrick's Day was the ease of finding beef and not the more traditional Irish back bacon. But now this piece of meat or something similar to it can be found in grocery stores. Pea meal bacon is a type of bacon cut from boneless pork loin that is cured and rolled in yellow cornmeal (it use to be rolled in dried, ground yellow peas hence the name). I decided to use this piece of meat along with some Irish sausages or bangers to make an authentic Irish dish called a Dublin Coddle.

The word Coddle refers to a process of cooking food in a liquid just below a boil - a.k.a simmering. Sausage and bacon rashers along with potatoes and onions are cooked in a broth or stock. I will show you how I made this dish. 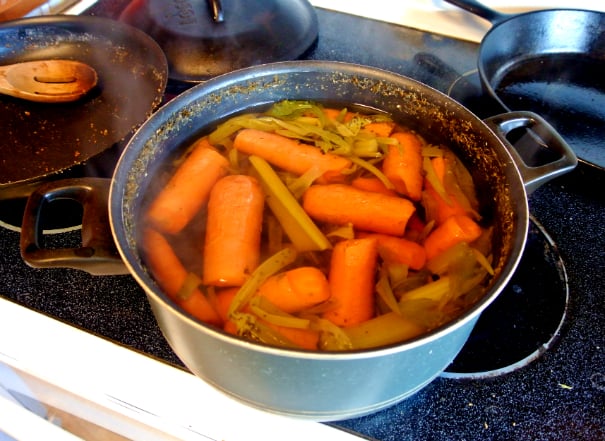 A Coddle is not meant to be something where a lot of spices and herbs are added. So you need to make all the flavors count. It starts with the cooking liquid. I started off making my own vegetable stock. No recipe here just grab the pot you are going to cook the coddle in and throw in some vegetables. I finished up a bag of carrots I had in the bottom of my fridge along with 4-5 stalks of celery. I then hit the pantry up and found some onions that had no used in a while and were now sprouting quite a bit. Instead of being wasteful I cut the tops off and uses them as green onions. Then I threw in a handful of whole black peppercorn and poured water into the pot to cover all the veggies. The only thing I would have added if I had any one hand were some bay leaves. Then I brought the pot to a boil, then to a simmer with the lid on and cooked for about 90 mintues. Then just strained everything out and my stock was ready for the Coddle. 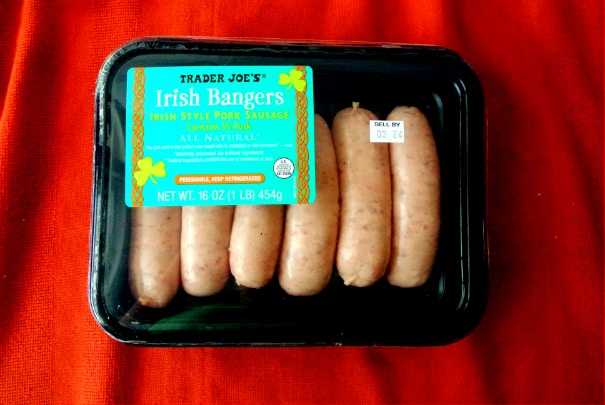 For the sausage portion of this dish I decided to try out the Irish Bangers I found at Trader Joe's. The package says it contains 5% Rusk. What is the world is rusk (is what I said and you might be saying right now). Rusk is bread crumbs made from unleavened bread. It is suppose to give the sausage a better texture than using regular breadcrumbs as filler. I felt it gave the sausage a pillow-like texture that was very pleasing on the tongue. I browned the sausage in a frying pan before adding it to the Coddle. 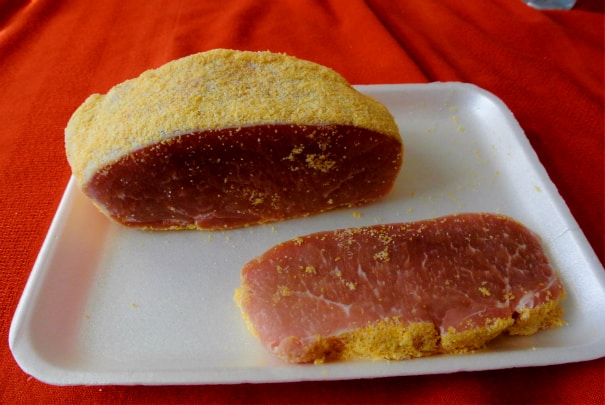 I found Peameal bacon at the Hiller's in Ann Arbor, Michigan for $4.99/pound. I had them cut off for me a 1 pound piece and then I sliced the bacon myself at home. I also browned it in a pan first. It definitely looked a lot like Canadian bacon, esepcially after browning it. 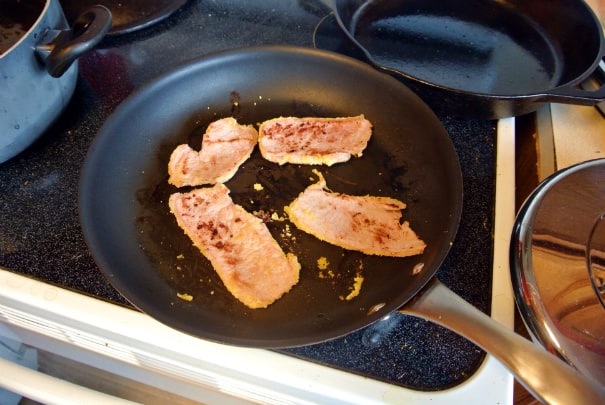 Putting the Dish Together
Before adding the meat to the pot, we sliced it into bite sized pieces. Add some peeled and diced potatoes and carrots. Then salt, pepper, and about an hour of simmering. I decided to add some shredded cabbage that I boiled for a couple minutes. I think this addition is what the dish really needed to be complete. It gave it another layer, another texture to go along with the pillow-like sausage, the firm peameal bacon, the starchy potatoes, and the soft carrots. Everything well balanced and working together. This is why Dublin Coddle is a classic Irish comfort dish, it's just comforting to eat. 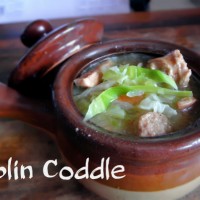