Home » At the Store » Fruit & Vegetables » What are CherriYums (Cherry Plums)? 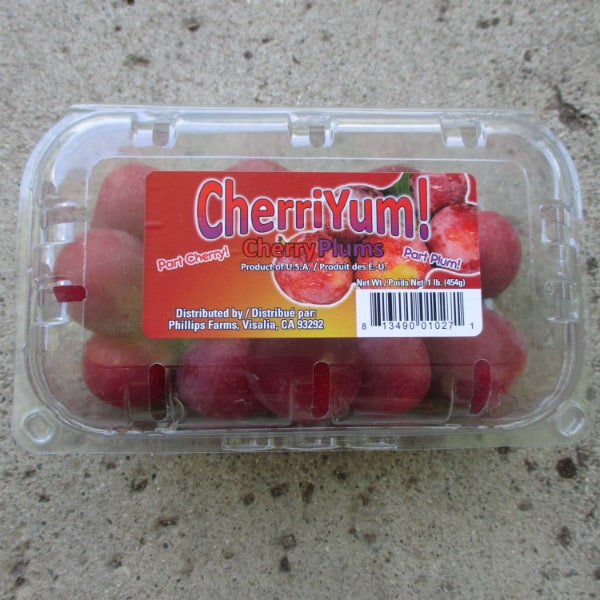 People are starting to get used to the idea of a plum-apricot hybrid called a pluot or plumcot. They seem to overtaking the standard plum in popularity. And why not? They are better than most of the plums we find in the store. Companies like Kingsburg Orchards are leading the way with their "dinosaur fruit" - pluots labeled with dinosaurs on the stickers and on bags. So with that in mind are you ready for another hybrid - this time the plum is meeting with the ever so lovely and popular cherry. Yes the marriage of cherry and plum has happened and their offspring is beginning to show up in clamsells containers nationwide. The particular one I am going to talk about today is the CherriYum (Cherry Plums) grown by Phillips Farms. Once you take a bite you will know why yum is in the name. 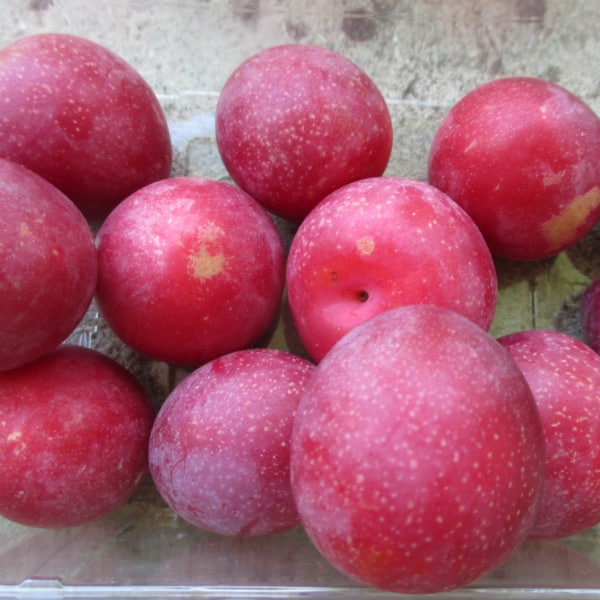 What Does a CherriYum or Cherry Plum Taste Like?

cherry plums taste as good as they sound. The flavor is dominated by plum. Most poeple would assume that they are just small plums. Cherry plums have a rich, sweet taste. I love them. To me the flavor doesn't scream cherry but it does make me want to yell out to everyone who good these are. The fruit itself is smaller in size than most plums, and the pits are also smaller than your average plum, so more fruit per square inch to enjoy. As you see from the photos the plums is a beautiful red on the outside and yellow inside.

They have a limited season. Expect to find them in July, althought I have still seem them in stores in early August. I only saw them in two stores with $3.99 for a 1 pound clamsell container being the cheapest price. If you can't find the CherriYum brand you may find cherry plums under different labeling and packaging, more on that in a moment.

Nowadays it seems whenever I mention to someone that something is a cross between this and that, they get worried about whether the food is genetically modified. Cherry plums are not. The plum and cherry are close relatives. They are in the same genius, Prunus. They were created by pollinating a plum variety with pollen from a cherry variety. It's a process that may take years and multiple generations may go by until a piece of fruit is grown that is of excellent quality.

These particular cherry plums marketed as CherriYums were grown by Philips Farms in the heart of California's San Joaquin Valley. They have more than one different stone fruit variety that you won't believe - the Peacotums which equals (PEAch, ApriCOT, and PlUMS) is  available during the month of August. 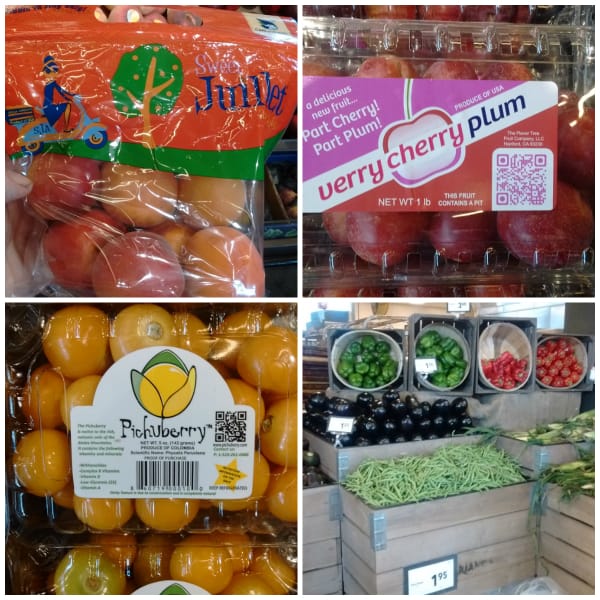 If you look at the top right corner of this collage you will see the Verry Cherry Plums. These were all produce items I found during a July visit to Mariano's in Chicago.

Other Types of Cherry Plums

You may also find the Verry Cherry Plum grown by the The Flavor Tree Fruit Company. These are equally good in flavor. I found them during trip to Chicago at Mariano's. I also heard you can find them at Central Market in Texas, Brennan's Country Farm Markets in Wisconsin, H-E-B Supermarkets, Wal-Mart and Sam’s Clubs. Watch for them during the same time as CherriYum.

« Where to Buy Grapery's Sweet Surrender Grapes in 2014?
How to Eat a Pluot »