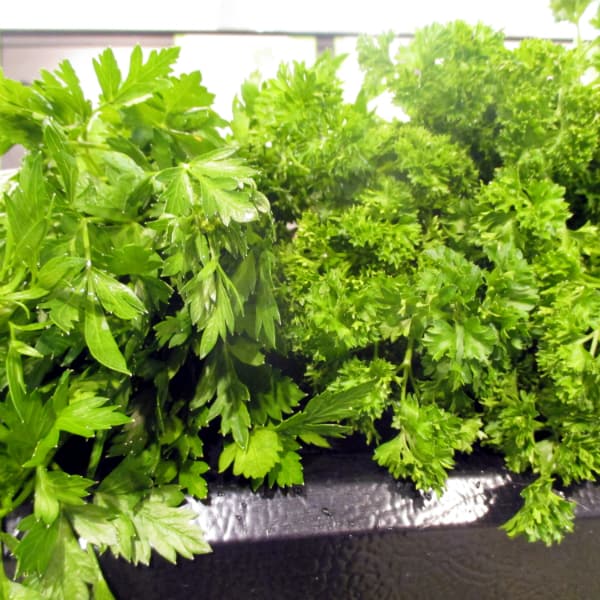 Difference Between Italian and Flat Leaf Parsley
Let's get the simple explanation out of the way first. Italian and Flat Leaf Parsley are essentially the same thing. It really depends on what store you are currently shopping in, what name would be used. Parsley is native to southern Italy, so that is where that name came from. Whatever you call it, this parsley has a flat leaf that resembles cilantro. It's easy to mix these up if you are not paying close enough attention. I was at a grocery store yesterday and saw the two stocked right next to each other, ready to be confused. Trust me, you will know that you have cilantro instead of parsley really fast when you taste it. To not mistake the two, remember that parsley leaves are pointy and cilantro leaves are round. There should also be a tie around the bunch saying which herb you have in your possession. You might find cilantro labeled or called Chinese or Mexican parsley, although I have never seen this before myself. 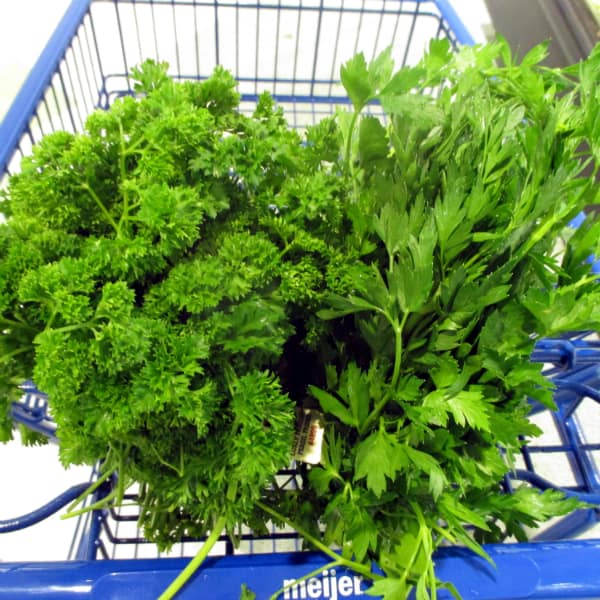 Difference Between Italian/Flat Leaf Parsley and Curly Parsley
It's much easier to distinguish curly and flat leaf parsley than flat leaf and cilantro. Curly parsley is exactly what the name says, it's curly. Set appearance aside and these two still differ. In my opinion curly parsley has a stronger, more robust flavor. It's flavor is more assertive. When you use flat leaf in a dish it's there as a background flavor, usually to add some freshness to the dish (I love adding flat leaf parsley to my Moroccan Pot Roast). Curly parsley doesn't hide, you will know that there is parsley in this dish. 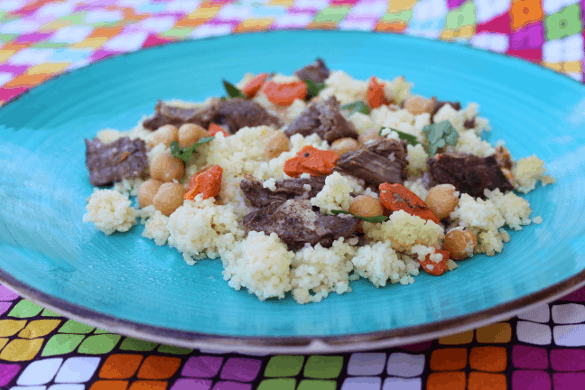 Italian Parsley on top of my Moroccan inspired Pot Roast

Can I Exchange Curly Parsley for Flat Leaf in a Recipe?
This is all about taste preferences. They can be interchanged in case the store is out of one or the other. I would watch how much curly you use. Since parsley is added often at the end of cooking you can add a little a time until your tastes are satisfied. I feel like more recipes call for flat leaf, probably because it is easier to cut due to it's flat nature.

Which Parsley Do I Buy?
I typically go for the flat leaf, especially if I am using it in a recipe for the blog. I like the look of it chopped up better on a dish than curly, although if you are going to use the whole thing, curly looks better untouched on the plate.

How Much Should Parsley Cost
Parsley normally sells for between 75 cents and 2 dollars a bunch depending on what type of store you are in (high end or discount) or whether it's organic or not. The actual size of the bunch depends on who grew it and whatever that grower decided, so often you see differences in sizes from one trip to the store to another.

When you buy parsley, which one do you buy? I would love to hear what you think in the comment section below. Whether your like curly or flat leaf, or whether you call it flat leaf or curly, parsley is an easy way to bring that sense of freshness to a dish.

« Why are Ojai Pixies Tangerines So Special
Why are the Grapes I Buy at the Store Sour? Can I Make Them Sweet? »