Home » When are Fruits & Vegetables in Season? » When Does California Mandarins Season Begin (and End)?

Now that I have been doing this blog thing for over 6 years, I have plenty of archives to go back and read. Sometimes when I read some of these older posts, I shake my head, whether it be at the photo quality or lack therefore or my writing skills, or both! Sometimes I read something and realizing how much more I have learned since that post was written. That is certainly the case when it comes to mandarins. I originally wrote " " back in 20. Now I feel like have so much more information that I needed to do a follow-up. But this time I am going to specific talk about just the California mandarin season. If any fruit has been gaining momentum over the 6 year history of my blog and it is the mandarin. More and more of them are in stores than every before, including more varieties.

When Does California Mandarins Season Begin (and End)?
Due to the development of new varieties over the year, the California mandarin season starts in November and can stretch all the way into May, with a few hanging around into June. Seven months of the year you can enjoy easy to peel fruit - from Clemtines to Pixies. Let me go on to break down each month of the season so you can see what's available. 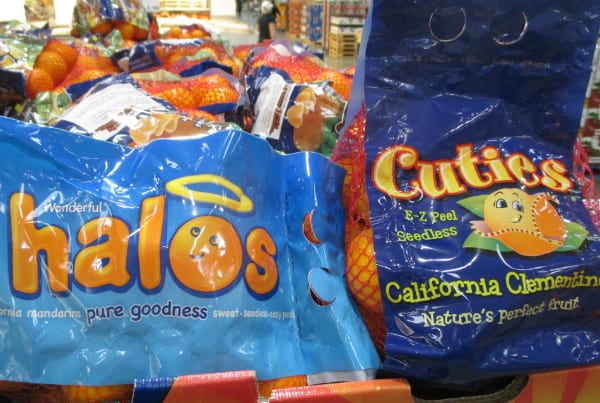 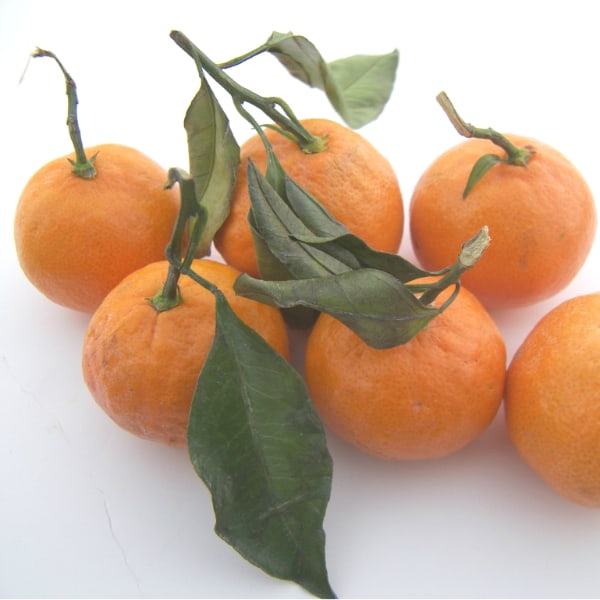 The first new crop of mandarins hit the stores before Thanksgiving including your Halos and Cuties which are the Clementine variety to start the season. However the quality is usually pretty poor. I feel they are rushed to the market without the time to develop flavor and sweetness. I try not to make any mandarin purchases this early in the season, unless the kids are really begging.

Supply really picks up in December and sales prices should be easy to find. The highlight of the month for me has go to be the Satsumas. Around the 3rd week of December right before Christmas is when I find them to be at peak of flavor - with enough sweetness to balance out the tart taste. 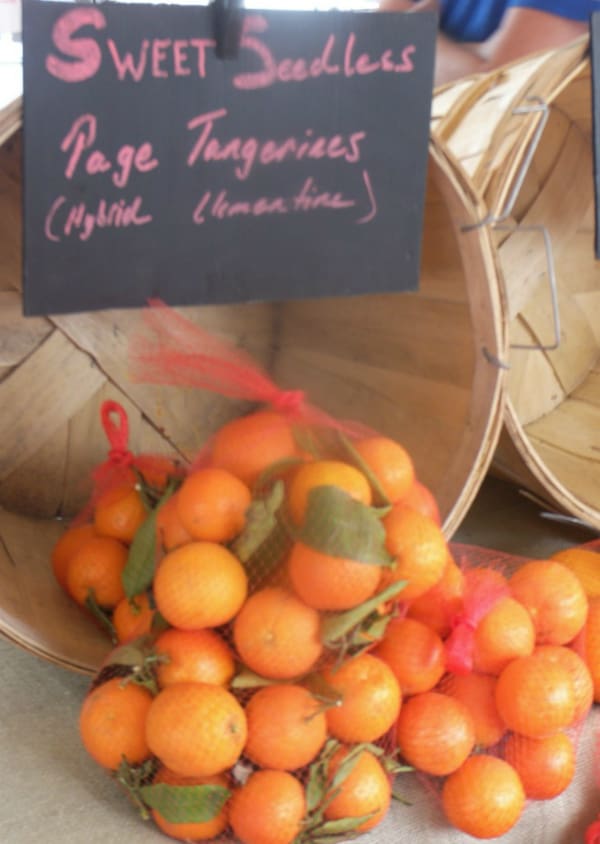 The variety really starts to pick up in January. The last of the Clementines despite store signs that will last the whole year. Brands like Halos and Cuties run out of Clementines and will switch over to other varieties. Satsumas start getting soft in January and the quality goes down. There is great reason for excitement this month. Page mandarins come to season. They are round, dark orange in color. A little more difficult to peak, but your patience will be rewarded with their juiciness. The flavor reminds me a lot of Minneolas. 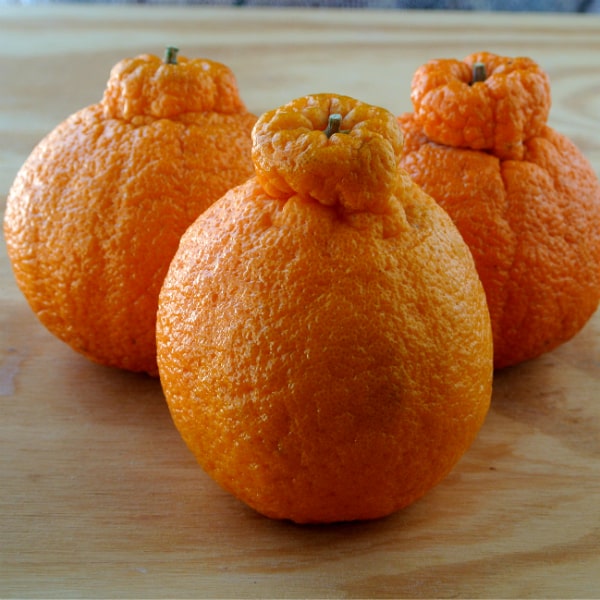 The best part of January has got to be the Sumos. Called Dakepon in Japan, this mandarin is the size of a Navel orange and is just as big on flavor. Best piece of citrus all year in my opinion (and my wife's). Read the Sumo story to learn more about this amazing piece of fruit. 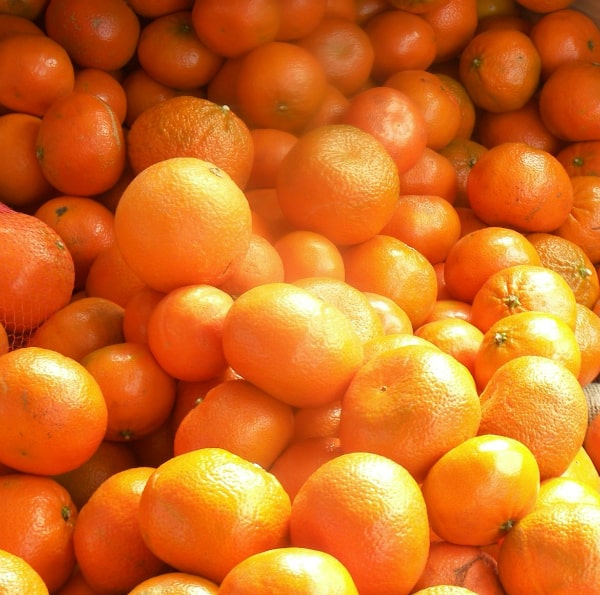 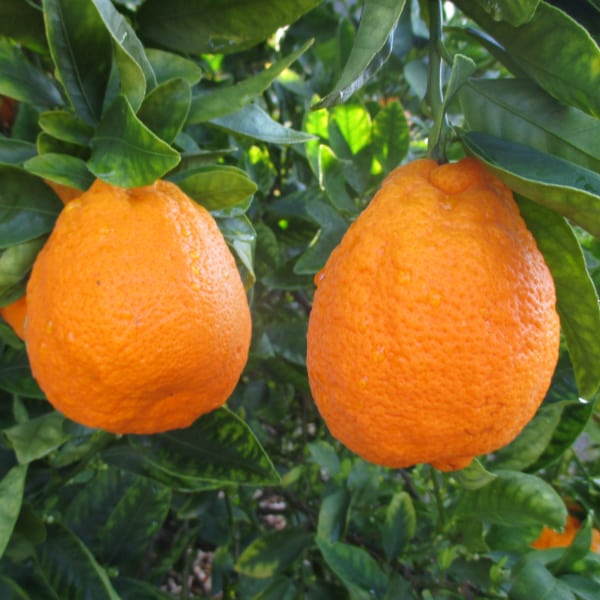 In February we are really rolling. Pages and Sumos are still in season (sometimes the Sumo season will start in February). The Murcott and Tango mandarins come out. These will replace the Clemtines in the branded bagged and boxes of mandarins. On the other end of the size spectrum from the Sum, we have the Kishu, the smallest mandarins. These things are small and cute, and tasty as well. You can eat an entire one in a single bite. Gold Nugget mandarins will begin showing up, but I think the February ones are too early to be that good. 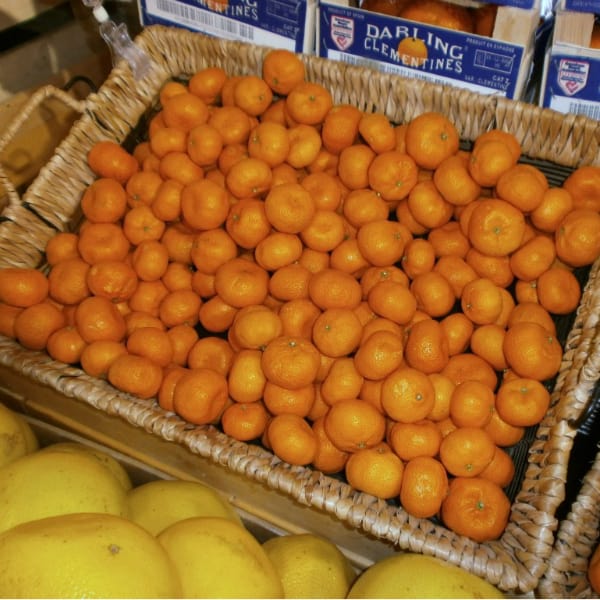 A new variety of mandarin has hitting stores for the first time in 2016. The Ruby Tango is a cross between a blood orange and a mandarin. It tastes like a blood orange but in an easy to peel mandarin package. 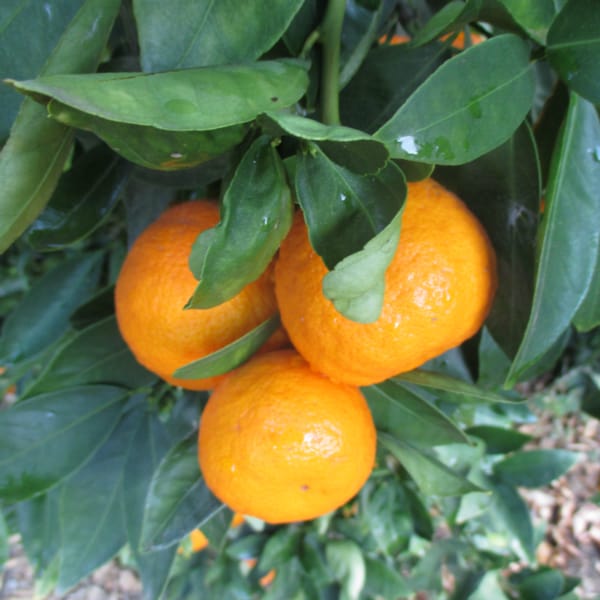 One of the few mandarin varieties that I find have great flavor even when they first hit the market for the year is the Pixies from Ojai, California. I visited a grove of them in 2015. The only good Pixie come from Ojai's unique micro-climate. Murcotts should be better now (the ones I had at the same citrus grove were the best I ever ate and I did so in late March). Sumos will be wrapping up for the season by now.

The last season varieties are now ready to go. I love Shasta Gold for it's sweet pineapple like flavor. Gold Nuggets are now at their peak, you can find the best ones under the Dimples name. Pixies are in full swing. We are fortunate to have such great fruit at the end of the season.

Final month of California mandarin season. As stone fruit starts rolling into store, the mandarins will begin to disappear. The best thing to buy in May are the Pixies and Gold Nuggets. Not a bad way to wrap the season up.

What varieties of California mandarins have you tried? Where do you like to buy your mandarins. Let us know by leaving a comment below.