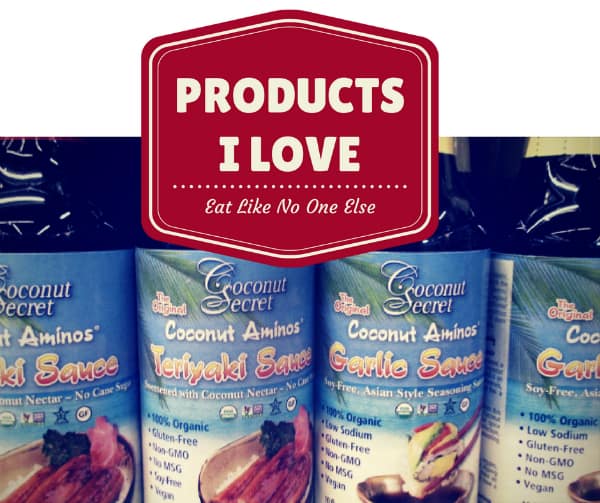 I love sauces. BBQ sauces. Tomato sauce. The orange sauce that costs my favorite orange chicken at my local take out Chinese place. Sauces are a great way to really deliver flavor to the tongue. They are the first thing you taste when you bite into whatever they are coating. I love making my own sauces but am not against of giving others a try, especially when they are unique and hard to make at home. This brings me to a pair of sauces that I tasted at Whole Foods Market made by Coconut Secret. They are known for their many coconut based products - aminos, vingear, oil, and even snack bars. The sauces I am reviewing here today utitlize their coconut aminos. 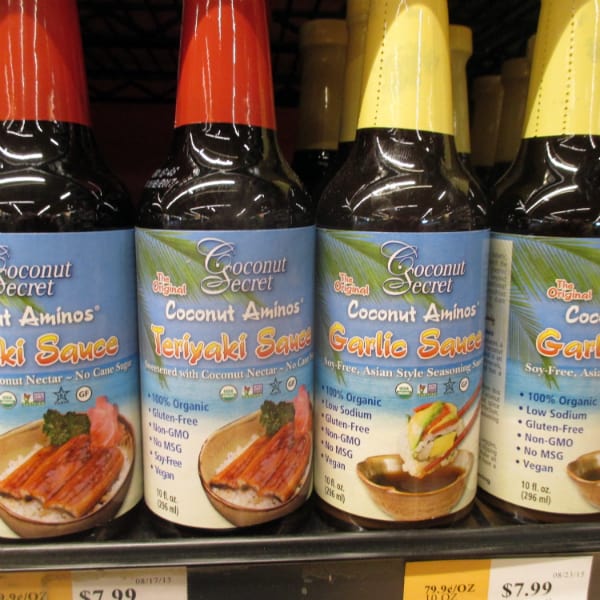 What are Coconut Aminos?

Coconut aminos are made from the sap of the coconut tree. It is naturally aged and is fermented. Coconut secret adds sun dried sea salt. Coconut aminos can be used as an alternative to soy sauce. It contains no wheat like some soy sauces do, thus it is gluten free. The name aminos comes from the 17 amino acids that are within.

As with a lot of things in the store, soy sauce has been cheapen for the sake of time and most importantly profits. Most commercial soy sauces do not undergo the traditional fermentation process that came them better flavor and more health benefits. Instead mass produce soy sauces is produced quickly and with lots of added salt to make up for the lack of natural flavor. If you buy the generic cheap soy sauce you are no doubt getting exactly what your paying for.

In terms of comparing the flavor of soy sauce to coconut aminos, I find them to be comparable with coconut aminos being more sweet and less salty than most soy sauce. I think that most people wouldn't be able to tell that you used them over soy sauce unless you told them.

Coconut aminos are the base for the two sauces from Coconut Secret I am about to talk about.

The ingredients for the garlic sauce : Organic Coconut Sap, Organic Garlic, Sea Salt, Organic Ginger, Organic Cayenne Pepper. The sauce is very well balanced. It is sweet with plenty of garlic flavor and the spice of the ginger and cayenne. I tried with some sauteed asparagus and mushrooms - a winning combination for sure. Add it at the very end of cooking and let it steam for a moment to slightly reduce, carmelize, and coat the vegetables. Use it to flavor any vegetables or rice.

The ingredients for the teriyaki sauce : Organic Coconut Sap, Sea Salt, Organic Onion, Organic Ginger, Organic Garlic, Organic Cayenne Pepper. The difference in this sauce is that it contains onion with less garlic. A wonderful sauce to use on chicken or pork. You could use it as a marinade or just add it at the end or at the table. I have to say that I do like the flavor of the garlic sauce just a hint better, but that doesn't mean this one isn't a winner itself.

Both these sauces are uniquely flavorful and since I don't have any coconut sap I can gather in my backyard this one of the few bottled sauces that's worth the money. To find them in your area, use Coconut Secret's store locator. You can also purchase the sauces online, see link below (this is an affiliate link)