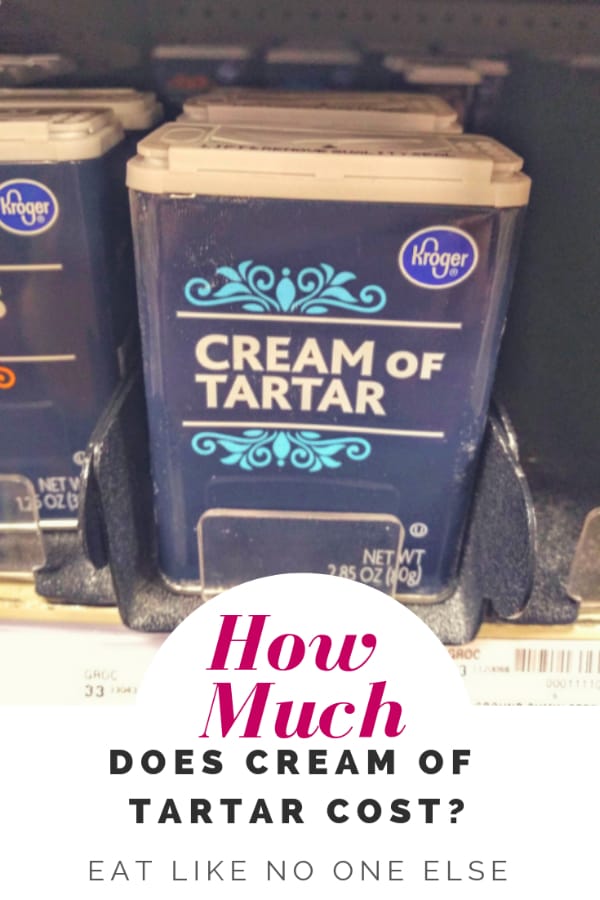 The Christmas season would not be complete without baking.

Whether it's for friends, for our kids to decorate, or simply for ourselves to devour to get us through the next gathering, Christmas and baking go hand and hand.

For most of us, our baking begins with a trip to the store. Well most of us have things like flour and sugar on hand, 365 days a year, there are some ingredients that we probably don't stock.

Some ingredients that we buy once during the Christmas season then collects dust in the back of a cabinet for months until we throw it out in August, only to realize we need it for a recipe again come December.

Maybe this year is your first time using it and your wondering how much does this stuff cost - any what really is it. For those people, the answers are forthcoming! 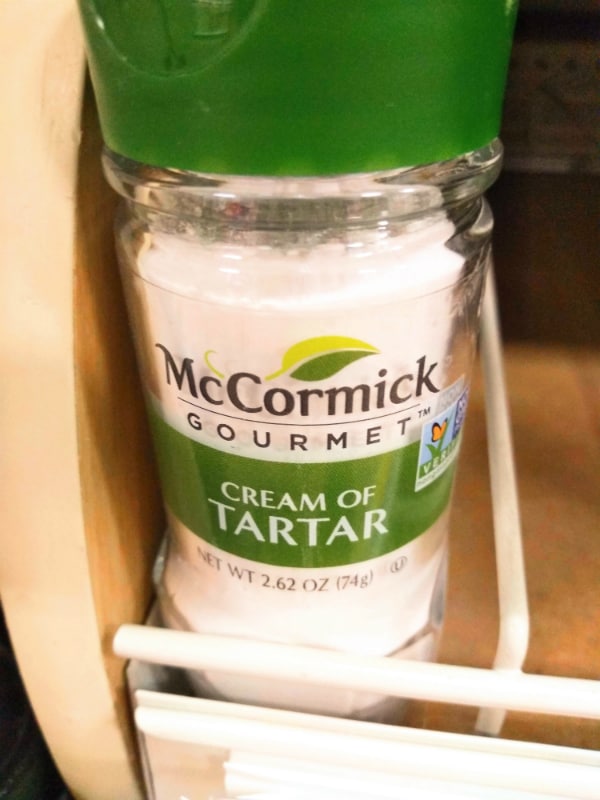 Cream of tartar can usually be found on sale during December along with many of the other baking ingredients.

What is Cream of Tartar?

So what is cream of tartar? Does it has anything to do with the sauce that you dip fish into?

Some tartar sauce recipes do actually call for cream of tartar. Most American recipes do not.

Cream of tartar is also called Potassium bitartrate or potassium hydrogen tartrate. What is actually is, is a by-product of winemaking. It crystallizes inside the wine vat when wine is being made.

What is Cream of Tartar Used For?

The most often way you will find cream of tartar being used is in baking powder. It works well as a stabilizer and a thickener. If you are making a meringue it will help stabilize the egg white, increasing your chances of success.

Around Christmas time, I use it often called for in sugar cookie recipes either in the dough, the icing, or both. What cream of tartar does for cookie dough is that it stops the sugar from crystallizing thus creating a softer, chewier cookie. Besides that it will help the cookies from over browning as well as help with their rise, which again makes for a more soft, less crispy cookie.

If you a crisper cookie, than I would leave it out or look for a recipe without it. 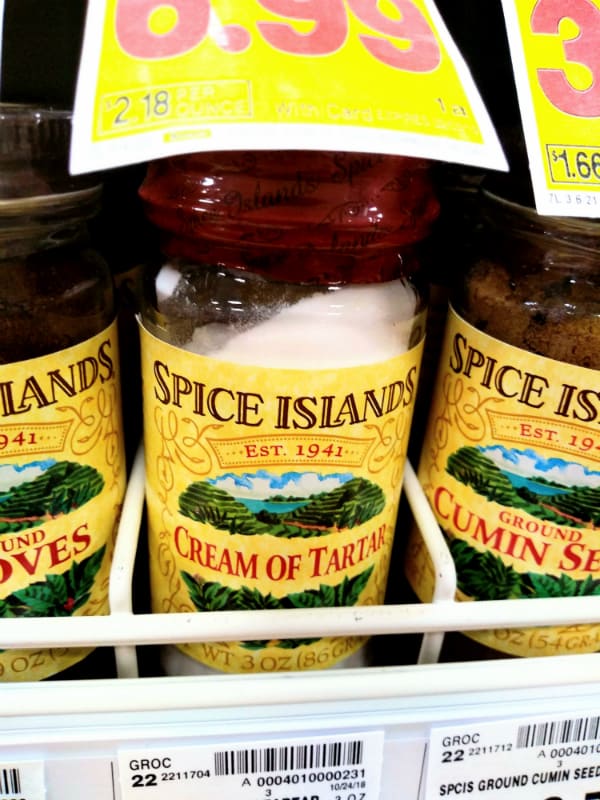 I use cream of tartar in my sugar cookies to make them soft as I believe a sugar cookie should be.

How Much Does Cream of Tartar Cost?

Let's take a look at the cost of cream of tartar. I visited a couple different grocery stores in my area along with sharing what it costs on the website, iHerb. The prices you see here were taken on Monday, December 3rd, 2018. Prices should be relatively stable.

The cheapest container was the Meijer brand at $1.99 for 1.5oz. The most expensive one I found in the grocery store was Spice Island which was $6.99 at Meijer for 3oz (it was on sale at Kroger).

The best deal per ounce is the 1 pound container from iHerb. Yes that might be a lot but in a moment you will read why that isn't necessarily a bad thing or a waste of money. That being said. As one ingredient in your baking, it can be kind of expensive. You don't need a lot of it, but there is some up front commitment to make. As someone that doesn't like to buy something for one time use and then toss it into the back of a cabinet, it has me asking this question...

What to Do With Leftover Cream of Tartar?

You got kids? Make your own homemade play dough. They is typically how we use up ours.

You can save it for future baking projects down the road. As long as you keep it in airtight container, it will last pretty much forever. Companies do have to put expiration dates on the containers, they are typically around 3 years out. That is really done because they have to, not because the cream of tartar will be bad in 3 years. So you could save it for next Christmas.

Another use for it, that I have heard about, but I need to try myself, is to use a little bite of it when you are boiling veggies. Cream of tartar can keep cooked veggies looking bright and more appetizing.

Maybe it will help your kids eat more of them? Or even the adults.