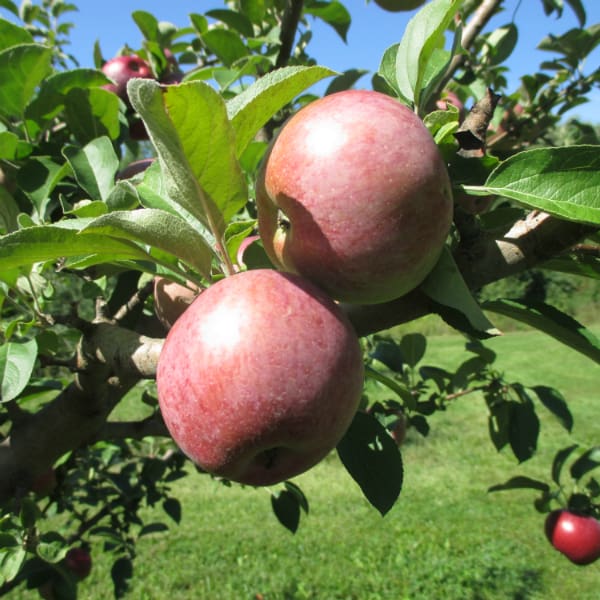 In my 50 plus apple reviews on this blog, I have spend alot of time looking through different apple databases, orchard listings, other people's reviews and I have seen certain apples pop up time and again. Varieties that I never had before, but was highly encouraged to seek out. It's always a great sense of personal success when I discover one of those apples. You can add to my apple that I have tasted list - the Macoun apple. 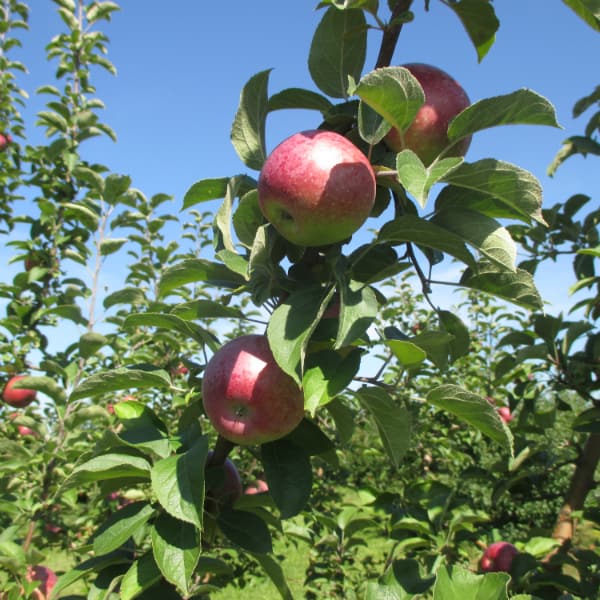 On appearance the Macoun looks a lot like a McIntosh and with good reason - it's a cross between a McIntosh and a Jersey Black. It is a development of the New York State Agricultural Experiment Station - the same group responsible for the Empire apple. The apple is named after a Canadian fruit grower. 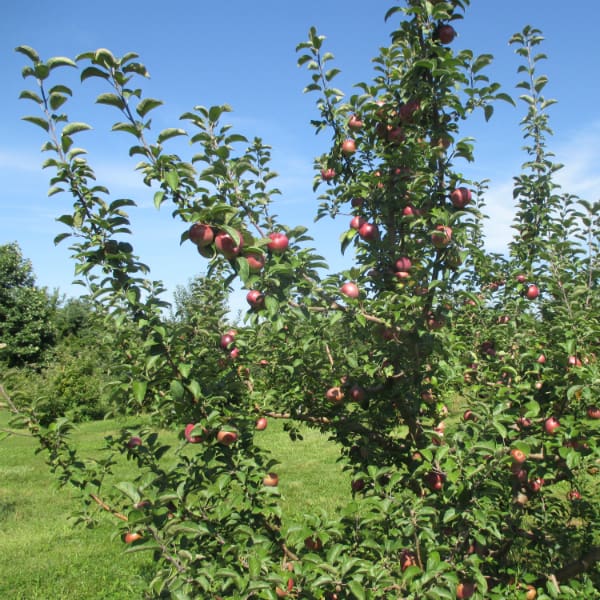 From what I read online Macouns can be a tricky apple. The flavor is at it's peak in October, but the apple has a tendency to fall off the tree, so it's often picked early. The tree also produce good one year and not as good the next. This is why these apples don't have much of a commercial presences - more of just a cult following. 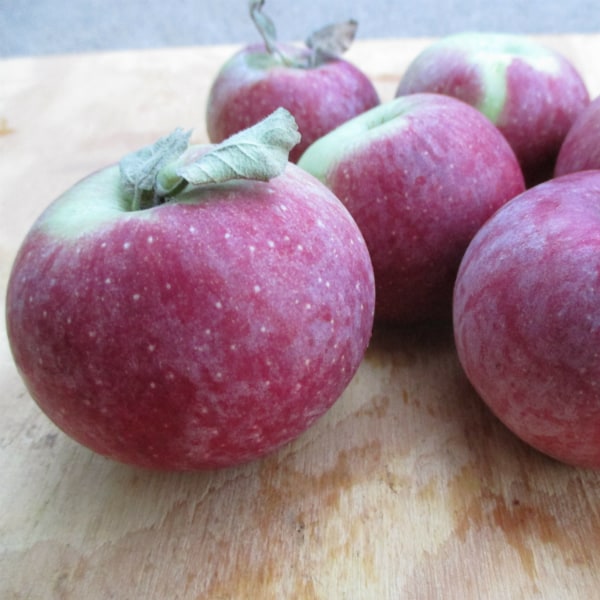 Overall Feeling: Like I mentioned above the Macoun is a tricky apple. Picked too early and the flavor is not there. Picked too late and it's too soft. It's need to be like Goldilocks would want it - just right. I picked Macoun straight from the tree at Tree-Mendus Orchards in Eau Claire, Michigan. It was the second Monday of the month. The flavor wasn't anything to write home about then, a sweeter McIntosh. Here I am eating one that has been in my fridge for 3 weeks and now the flavor has really come out. It has lost a little bit of crispiness but not enough to turn me off to it. It has a sweet, McIntosh-like flavor and is really juicy. I didn't understand 3 weeks ago what the fuss was, but now I do. That's the thing with apples that people don't understand - their flavor and texture changes over time, some times for the better. A lot of later season apples are put into cold storage and then released in the winter months. Sometimes apple need a little age, like wine, cheese, or vinegar. It's all about knowing the apple and tasting it at different times to know when it's at it's peak. 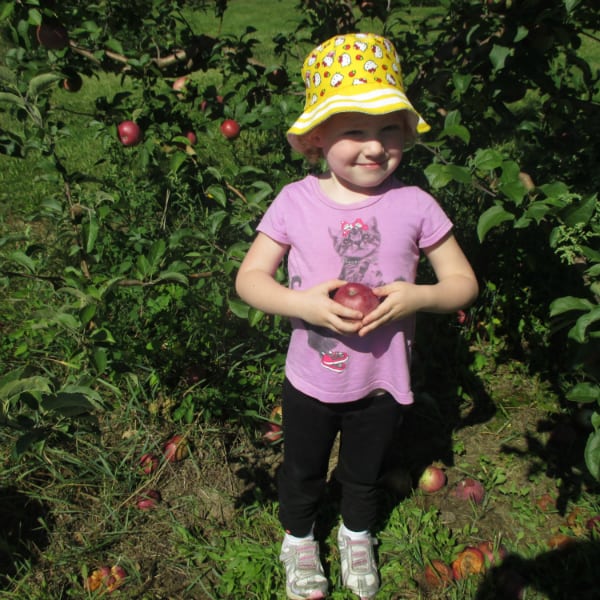 My daughter holding a Macoun she just picked!

Below you will find my ratings for the Macoun I ate today as I was writing this post.

Overall Feeling:
As you can, the apple seems juicy now and the flavor is much improved. As I said before it did loss some crispiness and a bit of tartness. I enjoy these 3 week aged Macoun a lot more than the ones I picked off the first in early September.

Where to Find Macoun Apples
The Macoun has a strong following, so I thought I would list some orchards that grow this apple. This is by no means a complete list, just a few places I was able to find online. If there no one listed in your area, let me know I will try to help you find a source.