Last week, I received another package from my friends at Frieda’s Specialty Produce. I was super excited to have the chance to try 3 new for me, yet very old varieties of organic heirloom apples grown at Heirloom Orchards in Hood River, Oregon. The wonderful thing about these 3 varieties – King David, Roxbury Russett, and Orleans Reinette is that they all look and taste different. I couldn’t have picked out better 3 better apples to taste together. This is my version of the perfect wine tasting. The really cool thing about each of these heirloom apple is the history behind them. Each have a story to tell that is captivating and full of American history. History buffs get ready for a blast through American’s apple past. 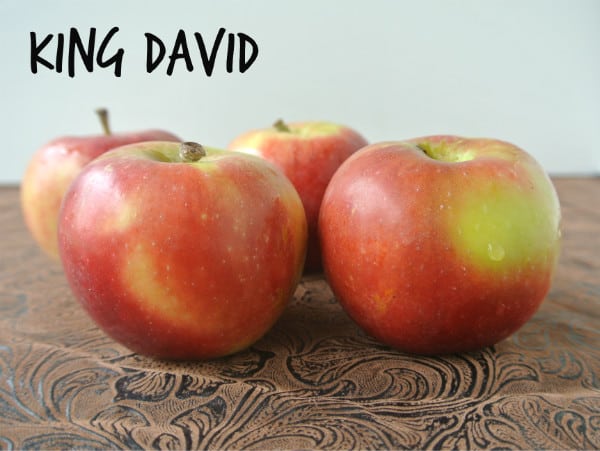 King David was discovered by Ben Frost in Arkansas in 1839. It was originally promoted in the late 19th century by the Stark Bros Nursery, one of the country’s most famous nurseries. It is likely a cross between a Jonathan and a Arkansas Black. We aren’t 100% sure as this was a chance seedling. The trees are able to perform well in warmer southern climates.

Overall Feeling: This apple had a very fruity taste, similar to a fruit punch drink that isn’t too sweet. I found notes of cherry in the flavor with a slightly spicy finish on the tongue. The apple has the perfect balance of sweet and tart. It might be the most perfectly balanced apple I have ever come across! It was crisp and juicy enough to be satisfying. A great apple for out of hand eating, also works well in juice or cider. 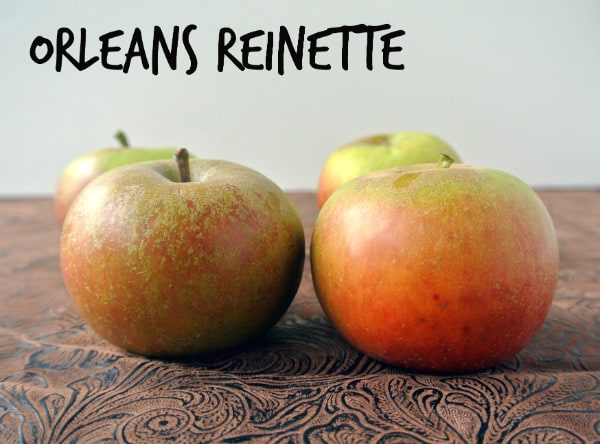 This variety is even older than the King David. It is believed to have originated in France the same year our country was fighting for it’s independence!

Overall Feeling: Very complex taste, that will just blow your mind. It has the tart flavor of a good piece of citrus – something I have never experienced in an apple before. It finished with some nutty flavor. One of the best out of hand apple eating experiences I have had! There are reasons why this apple is not available on store shelves across this country. It does not keep that well and the trees don’t produce like most commercial varieties, so it’s not easy to find. The fun thing about buying heirlooms is that these apples are grown for the flavor, not for how much profit they can bring in. It’s a way I really appreciate and admire. 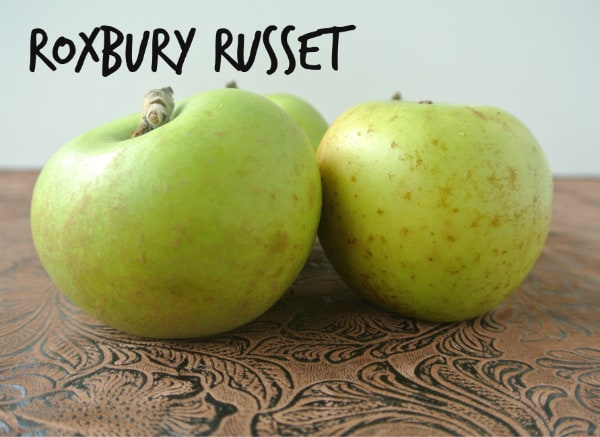 Last up is the Roxbury Russett. I have had several Russet apples. These apples normally have brown coloring in their skin, much like that of a Russett potato. As you see in the picture above this apple doesn’t have a lot of brown, mostly green. With this particular variety the amount of “russeting” depends on the year. I have had Russets that were completely brown.

The really cool thing about this apple is that it may be the first apple ever developed in American history! The name “Roxbury” comes from the town of Roxbury in the Massachusetts Bay Colony where it was grown even before our independence in the early 17th century. This apple was also part of the famous Thomas Jefferson orchard at Monticello. Talk about an apple with a history – a history that I got to taste!

Overall Feeling: My wife described this apple as having a pure apple flavor. When you think of what an apple tastes like, this is the apple you are thinking of. It has such a clean, tart flavor, with enough sugar to it for out of hand enjoyment.

I am very appreciative of Frieda’s for sending me these organic heirloom apples. They were a delight to try. Check out the other apples they have send me. Here is a short list below of where you might purchase these apples. If you want to see a store in your area carry them, call your store and ask the produce manager about Organic Heirloom apples from Frieda’s. Make sure to check at any store that carries Frieda’s products. You can find stores that do by searching using their online store locator. If I receive more store information I will provide it here.