It's not easy to continue on a business with new ownership. Even more so when you have a son taking over for his father who passed away. That is what you have in this episode of Restaurant Impossible. Robert had the difficult task of bringing the passion back into this business. 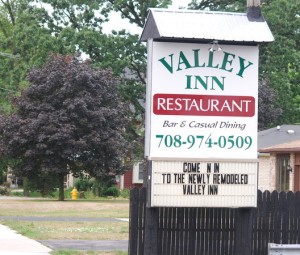 When Robert arrived this place was living in defeat (including the decor). The owner was trying to continue a legacy began by his father, but he struggled to do so. His mother wasn't very helpful either, still trying to run the place when her son was suppose to be the clear leader. Her reaction to Robert's arrival was the most negative one I have seen in this show and Robert dismissed her so he could concentrate on helping her son. I think this was the right move as her negativity would have just dragged the whole thing down.

The food was another reason this restaurant has declined. Part of the problem was the use of frozen foods instead of fresh. Robert was able to convince to keep everything fresh. People seem to think they are saving time and money by using frozen but it hurts the end result and that ultimately doesn't make people want to come back. Taking the time to do things right will make things work out better in the end. The food isn't without potential here. They have a good fried chicken but it's under seasoned, a common problem that is one of the easier things to correct.

Robert employs a different method of frying chicken. He slow roasts it in the oven at 175 degrees for about 2 hours. Then toss the cooled chicken in seasoned flour and then to the deep fryer.

Robert got them off the frozen onion rings. This is a basic recipe, with instructions on how to make a spiced ketchup to serve with the rings. I personally I am not an onion ring, but we made some rings using leeks instead and those I thought were amazing.

Still in business. The passion seems to be back in the owner and in all the staff. According to Food Network, sales are up 85% since the remodel. This was once a successful joint, so Robert's visit might have encouraged former patrons that got turned off to be turned back on.

But is the food really better? I found comments online of people saying the chicken was still bland and it seemed frozen food was still being served. The hardest thing to believe in these shows is that you can change the food around in such a short time. Sometimes some motivation is needed. But if the skills aren't there then you have a problem. It seems that the owner is not as good with the food as her father was.

Has anyone else eaten there before and/or after the show that can testify to how the food is?