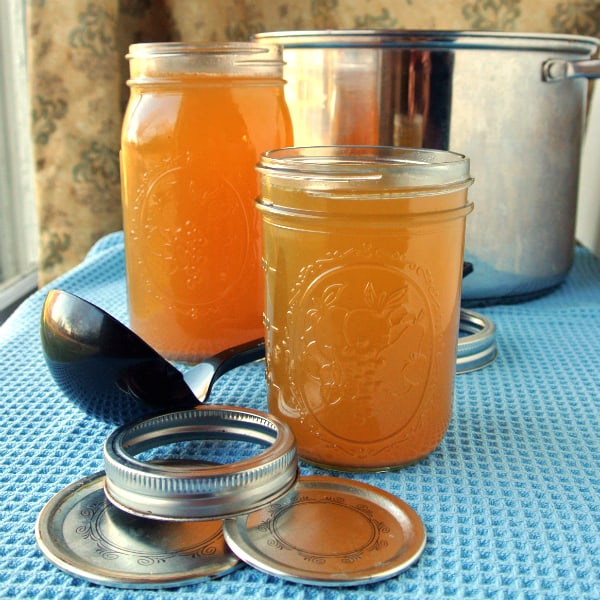 Gravy is the sauce of choice for Thanksgiving day. The meal would be missing something without it. There are many different approaches to making gravy, but today I am going to talk about making giblet gravy. First off, I am a brine guy. Before I roast my turkey, I give it a nice long soak in a salty, flavorful bath. The drawback to this is that the drippings from the turkey are going to be too salty for making a gravy from later on. So with that option gone, I turn to using the neck and giblets. I use them to create a giblet stock that I will thicken up right at serving time. For worry free stock making I employ my slow cooker (or Crockpot). Here is how I did it:

1. When I am ready to brine my turkey, I remove the neck and giblets.

2. I toss them into my slow cooker, along with some aromatics I had on hand: two carrot, one stalk of celery, a shallot (sliced in half). Along with some black pepper. You can use whatever you have on hand, including things like garlic, onions, herbs, etc.

3. I fill the rest of my slow cooker with water and set it to it's lowest setting (which is 10 hours on my model).

4. When finished, I strain out all the solid parts.

5. You have the option of keeping the slow cooker on until you are ready to make the gravy (as long as the stock remains above 141 degrees), but you can also take your stock and place in the fridge until ready.

6. To prepare the final gravy, I used a roux. I decided I wanted 2 cups of gravy, so I measured out 2 cups of the stock, the rest can go in the freezer for later use. I set that aside.

7. To make the roux, you need the right ratio. I use 1 oz of flour and 1 oz of fat (butter) for every 1 cup of liquid. For in my case it was 2 oz of flour and 2 oz of butter. I melt the butter in a large frying pan. When the butter melted I added the flour, stirring until it was combined. Then I keep stirring it until the mixture takes on a nice brown, but not burnt color. Then it's time to introduce the giblet stock. Stir that to combine and cook on medium heat until the desired consistency.

I thought this made a finger licking good gravy. And making the stock was so simple. It's the perfect solution for us brine fans.