Home » At the Store » Buying Organic » Where Can I Buy Organic Heirloom Apples? 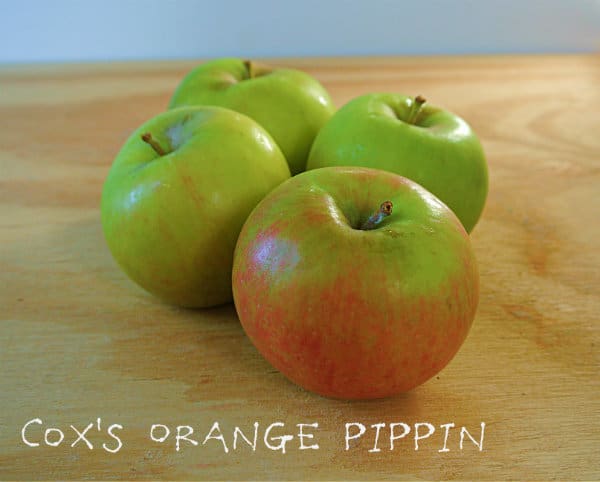 In the produce world, whenever the word "heirloom" is brought up, people start getting excited. They should be. Heirloom varieties are typically varieties that big commercial growers have passed on because they don't have the shelf life or the look they say the consumer wants. Although now we are seeing the big growers starting to sell more heirloom tomatoes because people have requested them so much. When it comes to heirlooms it's not tomatoes that I get excited about it's apples. There are just so much varieties of apples out there, you will never try them all. It's always a quest of mine to find heirloom that I haven't tried before each fall. The quest was made easier this year thanks to my friends at Frieda's Produce. They send me a package of heirloom varieties to try out. Even cooler is that these were Organic Heirlooms. Putting those two words in the same sentence is really going to get people excited! 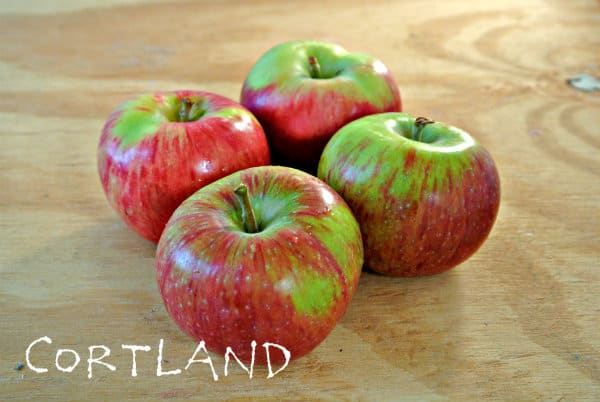 The varieties that I received where:

Cox's Orange Pippin - An popular English apple that is tart but with enough sweetness to enjoy out of hand. A flavorful apple that you can bake with.

Cortland - An apple developed in New York at the end of the 19th century. It's a McIntosh cross, so has a similar flavor but stores a couple weeks longer without going soft. Better for applesauce than baking.

Here is a list of stores where you can purchase Organic Heirloom apples. If you want to see a store in your area carry them, call your store and ask the produce manager about Organic Heirloom apples from Frieda's. Make sure to check at any store that carries Frieda's products. You can find stores that do by searching using their online store locator. If I receive more store information I will provide it here. 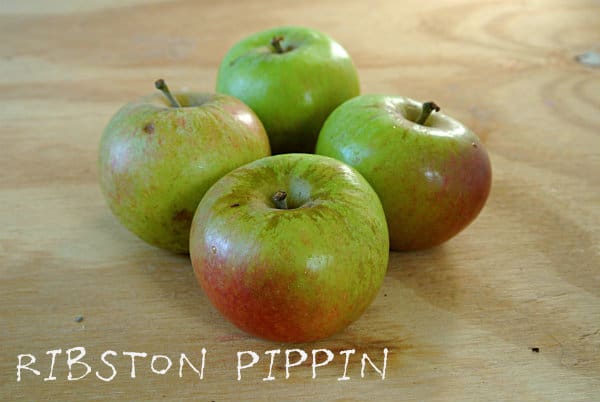 « What's the Difference - Cobbler vs. Crisp?
How to Make Mini Individual Apple Pies »