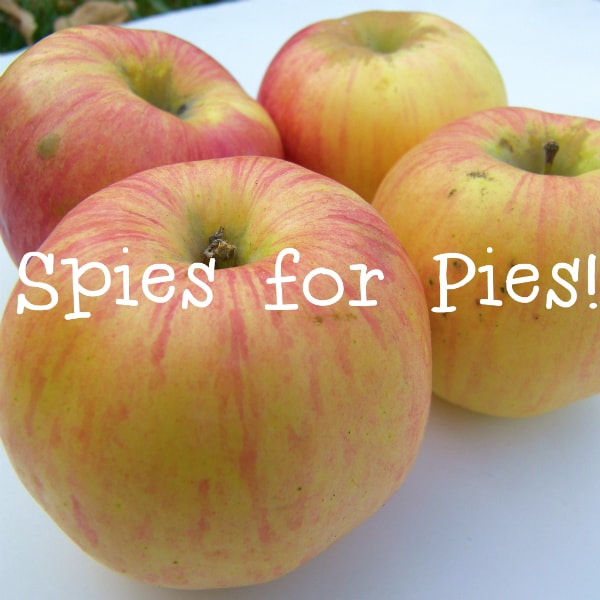 "Spies for Pies" is the cry every fall for pie lovers searching for their favorite pie apple. Around these parts the Northern Spy is seen as the quintessential pie apple. Who needs a Granny Smith, when you have an apple that embodies both the tartness and a great flavor when cooked. I will take a Northern Spy any day.

Northern Spy was believed to have been discovered sometime between 1800-1849 in Rochester, New York. It is popular in my home state of Michigan as well as New York and Ontario, most of the country might not know of it's existence. The apple has issues that many commercial orchards don't want to deal with - odd shapes, not bright colors, suspectiable to disease like bitter pit. People's passion for this apple has keep it alive and well in certain regions of the country.

Where to Find Northern Spy Apples in Michigan
Below you will find a list of orchards and farms that grow Northern Spy apples in Michigan. I will add other areas if there is an interest (leave a comment below if you are interested). Check with each individual farm about availability. Many you will be able to pick your own Northern Spy. Begin looking for Northern Spy in October, usually around the middle of the month. It is one of the later apples to ripen. Be wary of Northern Spy picked in September, they may not have developed their full flavor.

For peeling Northern Spies for pies, I recommend this peeler from Zyliss

« What is the Best Way to Cook Purple Potatoes?
Witch Fingers Grapes - The Story of an Unique Grape »