Home » At the Store » Meat Buying Guide » Can You Buy Bison Meat at Costco? 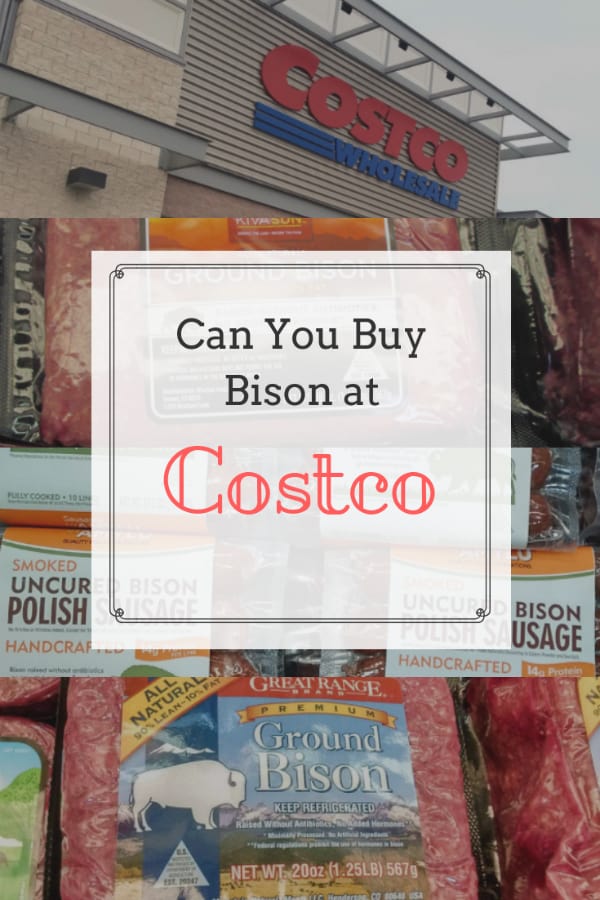 I have been focusing on the price of meat. I talked about beef prices and chicken prices in previous posts.

Now I want to look at one of my favorite types of meat - bison. To answer the big question first, does Costco carry bison meat? Secondly, why would I want to buy it?

Can You Buy Bison at Costco?

Yes they do! Mostly only ground bison but I did see some delicious bison sausage at Costco during a recent visist.

A bison burger is a tasty dinner though (so are bison hot dogs!). Bison meat is leaner than cow meat and has more protein, so it's a win-win. Some say it's even a bit sweeter. I don't find that it is has a gamey flavor that puts people off to meats outside of the chicken, pork, and beef that Americans eat a lot of. I think most people if given bison and told it was beef, probably wouldn't bat an eyelash - thinking they just got some really good beef!

How Much Does Ground Bison Cost at Costco?

I found it going for $7.19 per pound. Not too bad. The price may sound high when compared to ground beef which usually ranges from $2.99 to $5.99 per pound depending on the type of meat. Bison is more expensive. There are three reasons why that is (according to Great Range Brand Bison)

In my experience I have found that the price of ground bison in my most places to be around $9.99/lb. A lot of the time I find it in the frozen section. Unless you can find a cheaper local source, then in the big grocery stores, Costco is most likely going to be your best value. Mark one down for Costco! 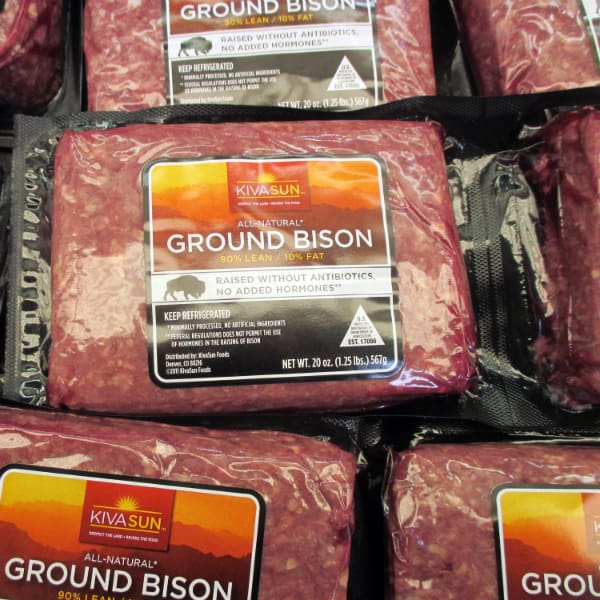 This is Kiva Sun brand ground bison seen at Costco.

Where Does the Ground Bison Come From?

At my store in Ann Arbor, Michigan, the ground bison featured was from Kiva Sun - a Native American owned company. It comes in a 20 ounces package for $8.99 which works out to $7.19 per pound. According to their website the following is true about their animals:

They are committed to respecting the bison and see the meat as a gift from it. I believe that when you treat an animal that is being raised for food the proper way, it's not only going to benefit the animal's life and it's environment but also it makes for a better product for the consumer. I feel more comfortable eating bison meat. They are smaller companies producing the meat that show more care than the large beef companies that have huge operations where it is all about producing the cheapest product as fast as they can. Not to say that isn't people out there raising bison in an less than respected fashion, but I think your odds of getting good meat are better when you buy bison. I am able to look up a company like Kiva Sun, see what they are all about. Most of the time when you buy ground beef it's harder to trace the source of the meat.

« How to Use Gouda in Macaroni & Cheese
Pitmaston Pine Apple »