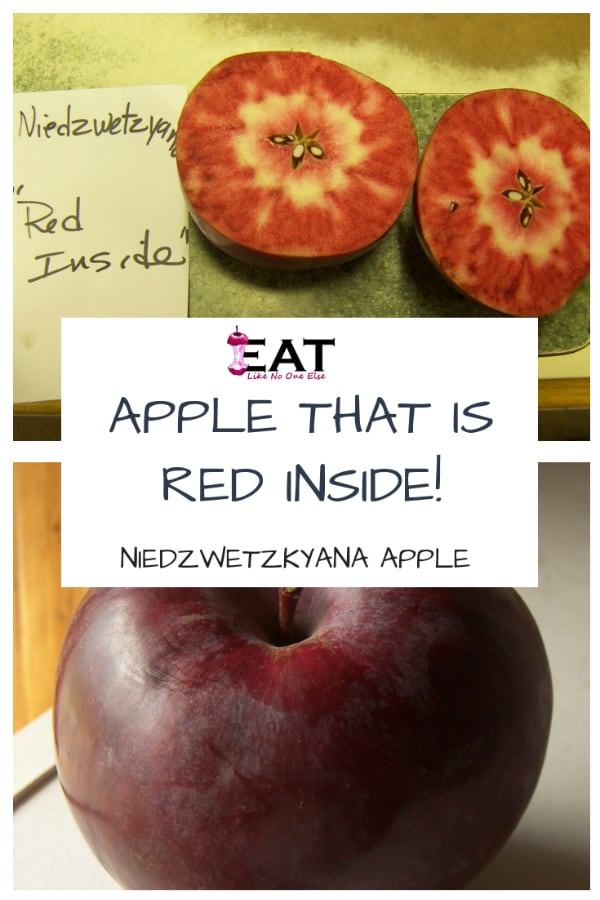 One of the perks on being a food blogger is that on occasion I will receive some insider information or something type of food or beverage for free.

This past weekend, I was shopping at the Produce Station in Ann Arbor, Michigan, taking pictures of their heirloom apples that had for sale. One of the employees, I believe he said he was the owner, came over and talked with me. He wanted to show me another type he had in his truck that he had not gotten out yet.

He wanted to show me the inside of the apple. So he cut one open and exposed a vivid red flesh apple. My family with me owed and awed at it's beauty. He gave me one to take home to try. 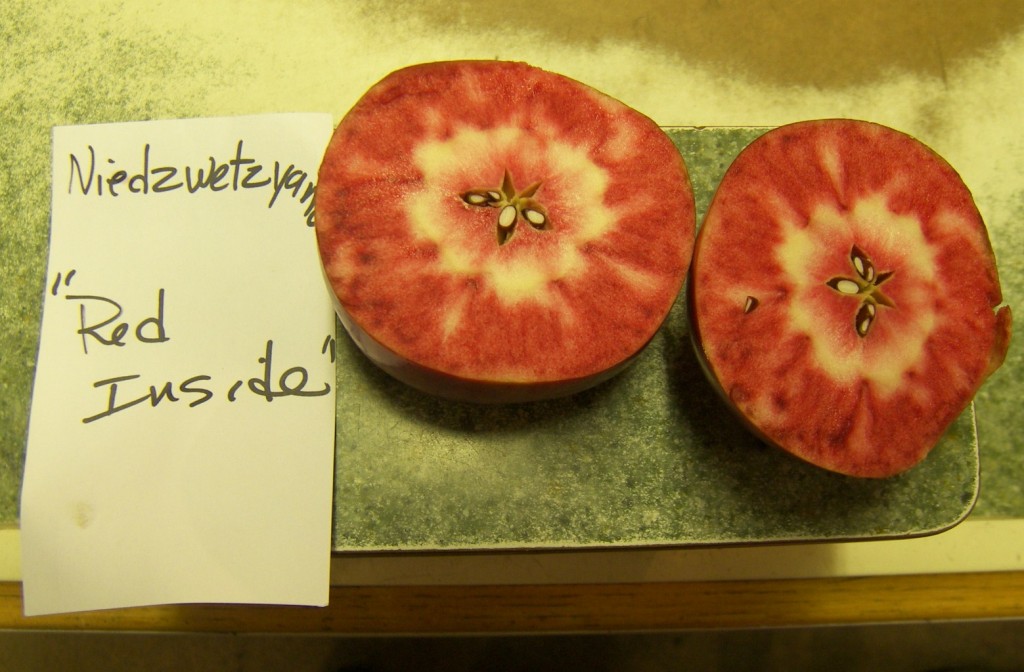 What a beautiful color on the inside!!!

This variety of apple is called the Niedwetzkyana.

Niedwetzkyana. Rolls right off the tongue.

As the hard to pronounce name might suggest this apple was first discovered in central Asia. It is also known as the Manchurian Crab. Yes this is a crab apple variety. It actually is a common ancestor of many of the crap apple varieties that are around today.

I have never seen nor heard of this variety before. One of the reasons may be that it is considered one of the most threatened apple species in the world today (this is according to Global Trees Campaign Central Asian Regional Tree Red Listing workshop in 2006). This makes me even more fortunate to get a hold of one.

I also want to point out that this variety is ready for harvest in most areas near the end of September. 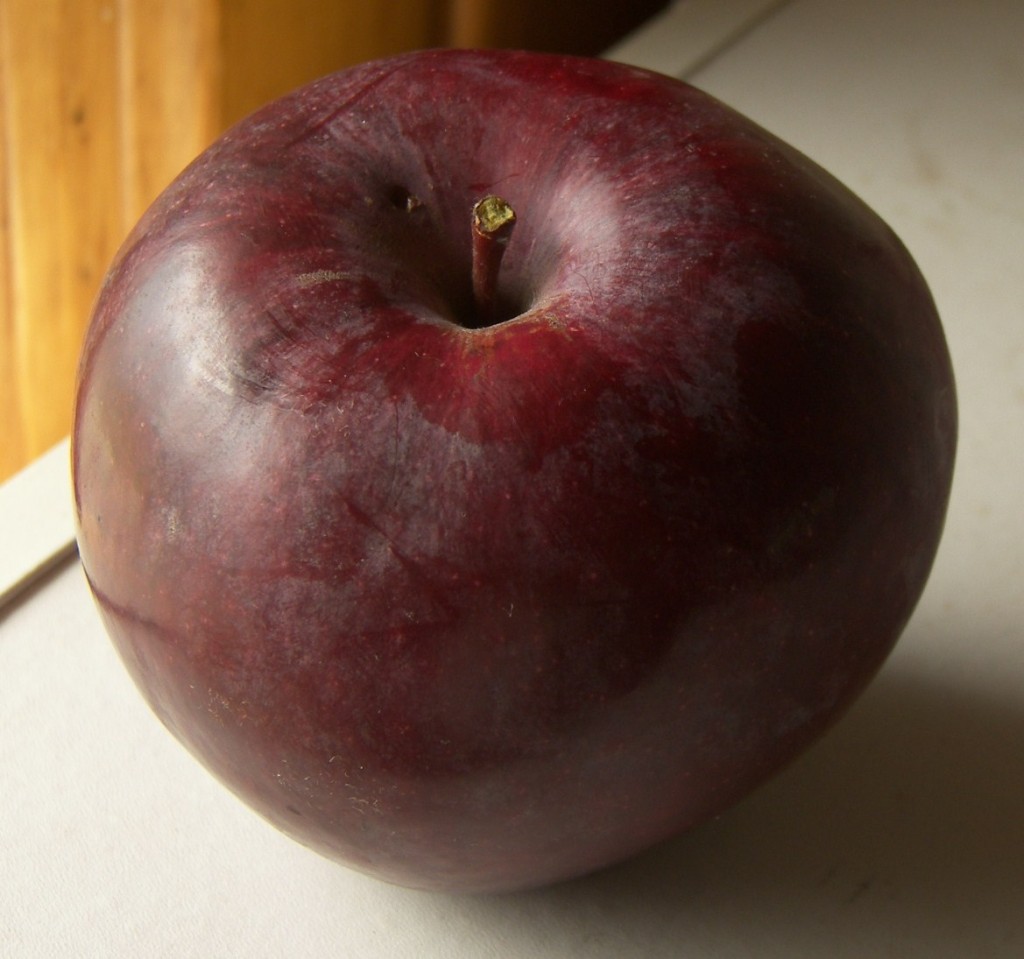 The skin of the apple is very dark, nearly black. When growing on the tree they do look like they are black.

Overall Feeling: I have to say this was one of the most interesting apple experiences that I have had. An absolutely beautiful apple inside and out, but not the most tasty apple. This was definitely the most dry apple I have had. It made the texture of the apple kind of chewy. It wasn't soft or mealy, but I think the lack of moisture made the texture not the most desirable. For being the ancestor of many crap apples varieties this one wasn't very tart, it was more on the sweet side.

As for uses, I was told a lot of people like to dry out these apples and use them as decorations as they are so beautiful. Or make apple chips, which I have done with red fleshed apples before.

I have also heard they can work well in pies but I haven't had once again since this one apple. Since they are dry, you won't end up with too much juice, so it will keep your crust nice and crisp.