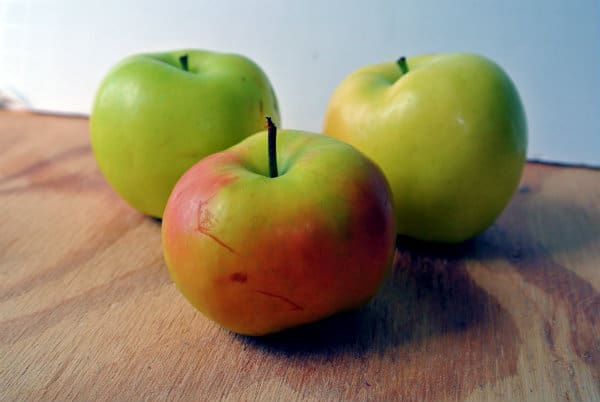 When the first apples of the season come out, it can be hard to find varieties that are good for eating out of hand. Most of the early apples, like Transparent are on the tart side. But not all hope is lost. The Pristine apple is an early apple that is sweet enough for out of hand enjoyment. This is a yellow colored apple, that can have some red blush on it. It usually is ready sometime in August, even late July in some places, some years. 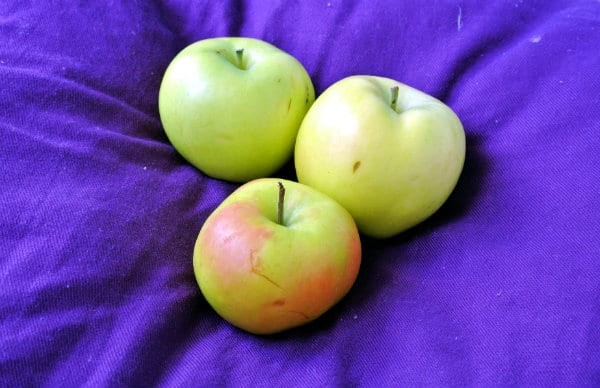 The Golden Delicious, Rome, and McIntosh apples are all a part of the Pristine apple's lineage. The apple was developed in 1974, and began growing in the Purdue Horticultural Research Farm in 1975.

Another issue with early season apples is that they don't last long. After a few days, some varieties begin to become mealy. The Pristine holds up well. About 10 days after I bought them and storing them in the fridge the texture is still good.

Overall Feeling: Good early season apple. I have not found an apple this early that was this sweet. It's even earlier than Ginger Gold, which is similar in color and in sweetness. Great for eating out of hand. The skin is a bit on the thick side which may bother some people, my wife didn't care for the skin. Would also make a great choice to mix with some of the other early season apples when making applesauce to add a bit more natural sweetness.

« Weiss Fruit Market - Kawkawlin, Michigan
When Will SweeTango Apples Be Available in 2011? »