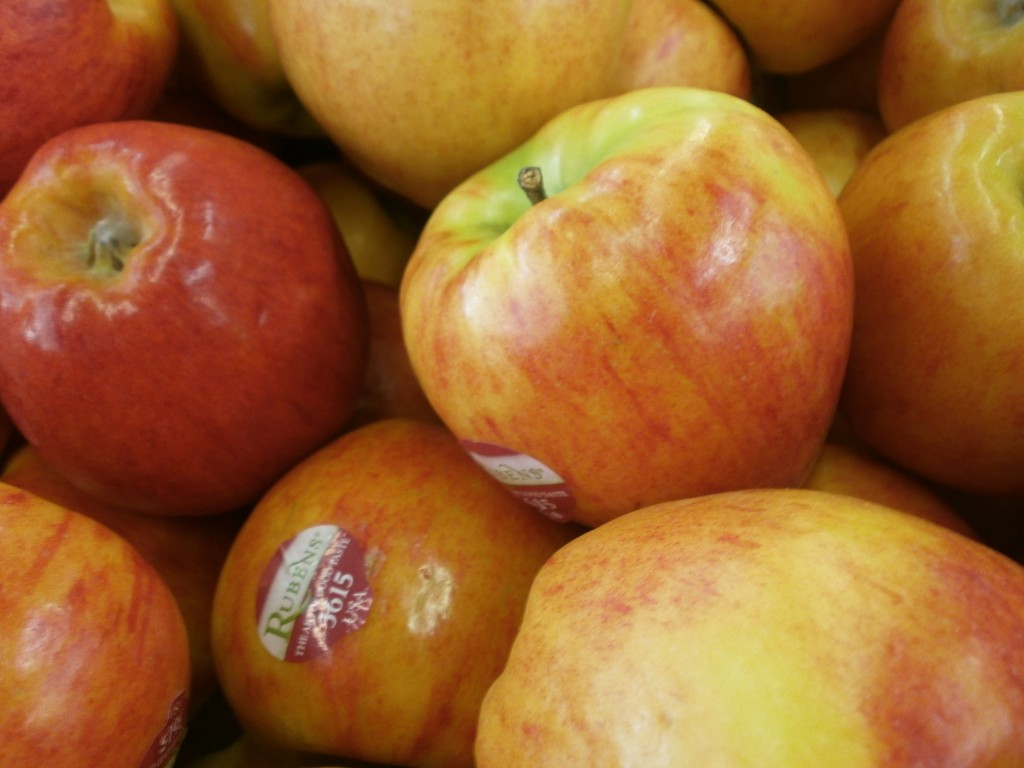 The Gala variety has become one of the most popular apple varieties in not only the U.S. but the entire world. When I worked for a farm at my local farmer's market, Gala was apple that feel off our table. Now I am starting to see more new apple varieties that use Gala as one of their parents. I recently reviewed the Aurora apple, another Gala cross. This past weekend, I discovered the Reubens apple. At first I thought it might just be a Gala and the Reuben sticker just indicated the packer. But Reubens is in fact the name of the variety. It looks very similar to a Gala. It is a Gala crossed with an Elstar.

The apple was created in Ferrara, Italy in 1988. Italy is not necessarily known as a hot bed for new apple varieties, I think this is the first I have heard come out of the boot shaped country. It is a trademarked variety, much like Pinata and SweeTango. This means you have to be part of a selection of growers, not everyone can grow these apples. The goal is to control the market place, so that only quality apples reach the consumer's hands.

On average, Reubens tends to ripen a couple weeks after Gala, making it a end of September ripening variety. It has a good shelf life and doesn't brown quickly when you cut it, making it a choice for salads.

Reubens have been making a big splash in Europe and are now showing up in the United States. I found my samples at Joe Randazzo's in Westland, Michigan. I have also seen them advertised in Kroger ads. 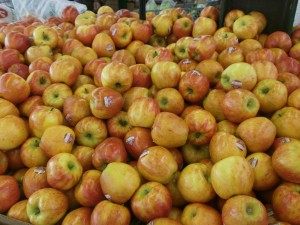 Overall Feeling: I thought the apple was decent, my wife disliked it. She thought the flavor tasted like some fresh picked vegetable straight out of the garden, which isn't something she wants in an apple. I read online some others making similar comments. I don't think it's that bad, but isn't that good either. It's crisp and juicy something everyone wants this idea. But I don't think it has enough tartness to balance out the sweetness. And the flavor itself just isn't good enough. I am sure a lot of people who think Galas are the best thing ever invented are going to be a fan of the Reuben as well.

Here are some other unique apple varieties to check out:
Kiku
Spitzenberg
Pinata