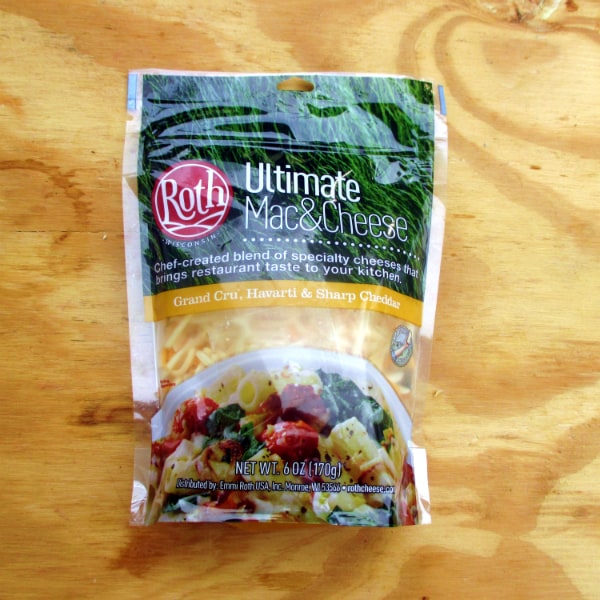 Don't you love it when you see something on sale that you also have coupon for. It's a double win. I had this experience at Whole Foods last week. I found these new cheese blends from Roth Cheese. They are one of the best cheese makers out of Wisconsin. They are known for their alpine style cheese, Grand Cru. It originally had "gruyere" in it's name but that was dropped. The cheese is not made in the Gruyere region of Switzerland and they wanted to respect Swiss AOC rules, which are meant to control the designation of origins of a product. This is concept is used a lot in European countries. There are similar things in the U.S. Sweet onions not grown in the Vidalia region of Georgia cannot be called Vidalia onions. 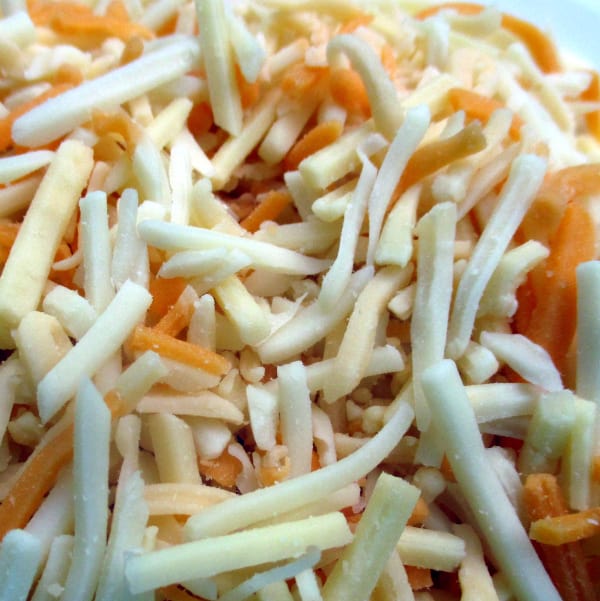 What is in the Ulimate Mac & Cheese Blend?
This blend is made up of three different types of cheese - Grand Cru, Havarti, and Sharp Cheddar. Sharp cheddar is what I typically use in mac & cheese. The sharp cheddar brings the tang. The Havarti is more mild, but is creamy and buttery. The Grand Cru is a rich cheese.
I normally don't buy already shredded cheese blends, but in this case with the sale and coupon it was worth it. Buying all three cheeses separately would be costly. 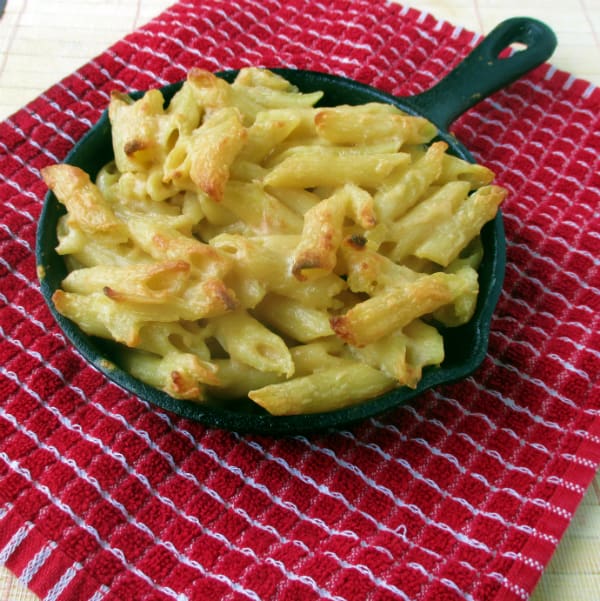 My Thoughts
Did this mix make the Ulimate Mac & Cheese. I would say so. I have mixed sharp cheddar with gouda before with great results, but this was even better than that. These 3 cheeses worked really well together, each providing something different to the dish. It was cheesy, nutty, rich, creamy, and buttery. In other words, it had it all! Also I found that leftovers with this combo were better than leftovers are normally. When I do just straight up cheddar, the cheese on the leftovers can be clumpy, but we felt when we re-heated this mac & cheese it was smoother. I think it definitely had something to do with the cheeses that we used. 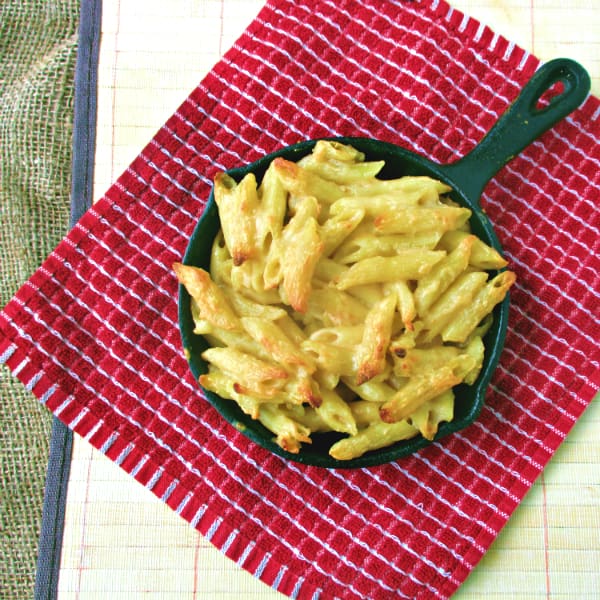 Below you will find my recipe for making mac & cheese in cast iron using this cheese blend. I like the cast iron because it gets the pasta that is touching the bottom and the edges nice and brown, way better than glass pan ever could. 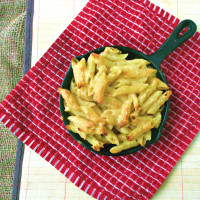 For preparing the pasta

For making the sauce

Cooking in the cast iron