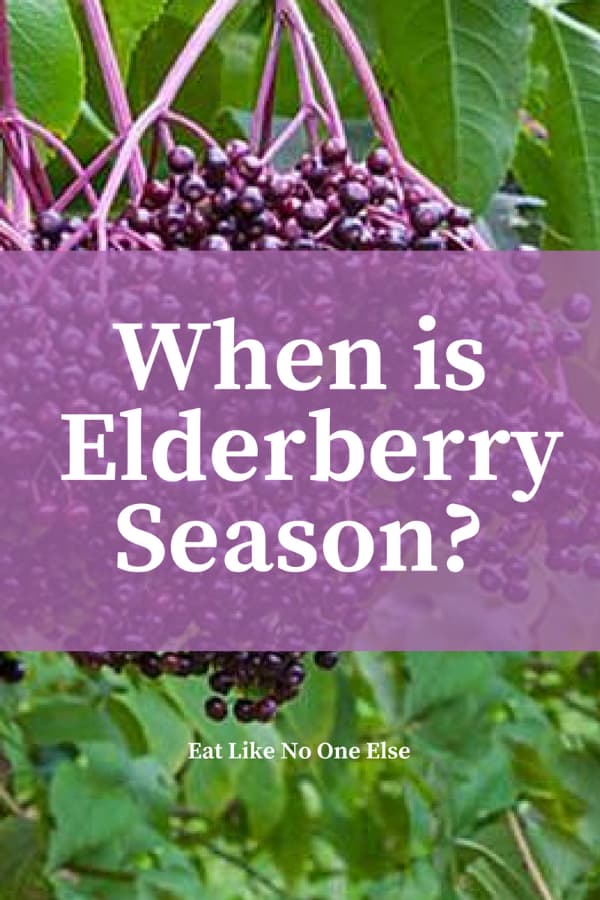 Have you ever had an elderberry? It is one of the many fruits that are growing in popularity over the last few years as people are looking to get healthier. In doing so they are looking to these what the media calls superfoods. Elderberries are one of those superfoods. Check your local Whole Foods Market in their Whole Body department. You are sure to find elderberry syrup - recommended to give your immune system a boast. Whenever someone in my family gets sick or is starting to get sick, we always take a spoon full of elderberry syrup. The first time I tried this everyone else in my family was really sick and I was the last one to get it. I was only sick for a day and it wasn't as bad as theirs (i you are interested in natural ways of treat colds and flus, check out Norm's Farms website on the subject)

Asheville: we've got you covered. Get your insides ready for the outside as temps drop and we finally slip into fall... ? Come see us at Whole Foods on Tunnel Road! #elderberry #wellness #immuneboost

When are Elderberries in Season?

The season depends on what part of the country you are in. Let's start with the south, particular North Carolina. I recently have been in touch with Norm's Farms in Pittsboro, North Carolina. I have been sampling and reviewing their amazing elderberry products (such as these jams and jellys). Their elderberry harvest is ongoing now (as I write this on July 31st) and will last a couple more weeks. The average start of the season is in mid July. The harvest is the United States as a whole lasts about 8-10 weeks, starting in the south and heading northward. 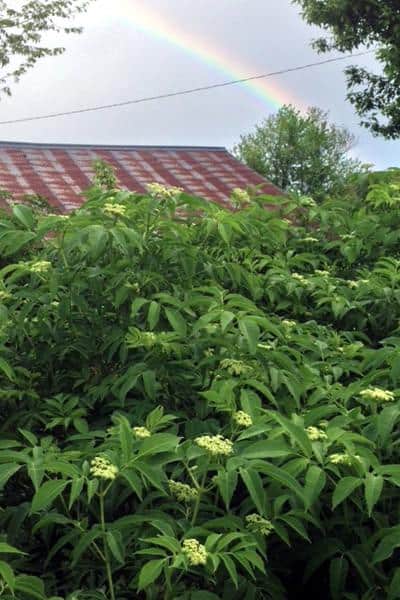 A perfectly timed shot (see the rainbow!) of flowering elderberry plants. The flowers can be used in making syrups and in teas. Photo courtesy of Norm's Farms 🙂

Elderberries are unique in a few ways. First, the flowers mature at different times. Flowers begin to appear in May. The plants still may have flowers on them in July when there are actually berries ready to be picked. It is not like say picking an apple tree, where often you get all the apples off the tree at once. You return to harvest the berries again and again. 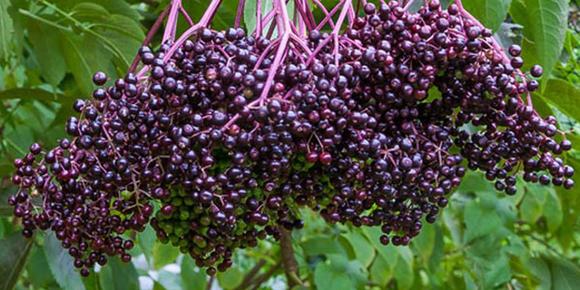 These eldeberries are ripe for the picking. Photo courtesy of Norm's Farms 🙂

You will find a list of below of when elderberries ripen by state. I found as many states as I could. If yours is missing please leave a comment below and I will add it to the list. Each time is an approximate. The weather plays a huge role in the exact timing of the harvest each year.

How to Find Fresh Elderberries

This can be tricky. Elderberries have practically no shelf life. They begin to ferment in less than a day. Although I have spotted them once at a farmer's market, even that is a rare. A grocery store is completely out of the question. So either you need to grow them yourself or find a local farm that is growing them and get them fresh off the plant. 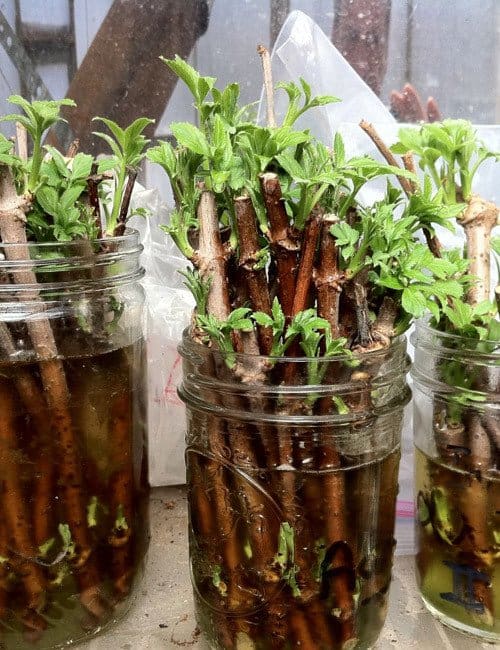 These are sprouted elderberry cuttings. Photo courtesy of Norm's Farms 🙂

If you are interested in growing them yourself, check out Norm's Farms website and sign up for their email list. They offer cuttings you can buy to plant your own elderberries. Norm's also offers advice on how to root elderberry cuttings.

Previous Post: « What is a Good Price for Ribeye Steak?
Next Post: What are Tear Drop Grapes? »