Home » At the Store » FAQ » FAQ: Can You Freeze Leftover Ham? 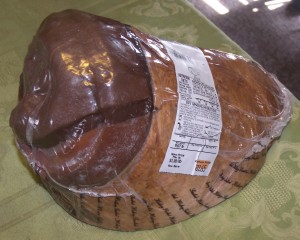 Question: Can you freeze leftover ham?

Answer: Yes you can. In fact I have had some pretty good results with freezing ham. To prevent any problems with freezer burn, I recommend wrapping the ham in heavy duty aluminum foil and then placing it in a gallon sized or quart size sealable plastic bag. Write the day you froze the ham on the outside of the bag.

I also think it's a good idea to portion out the ham into individual servings using sandwich or quart size bags. That way you can pull some out for a sandwich without having to defrost half a ham. Or you can portion out just enough to add to your favorite soup. As for how long the ham lasts in the freezer, I would say after 6 months, you would notice a decrease in the quality of the ham, so I would try to use it before then. 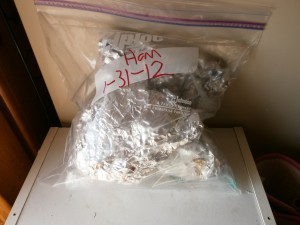 I froze my ham bone the last time I made a ham. I pulled it out of the freezer a couple months later. I threw it into a batch of split peas. This bone added some wonderful flavor to the soup. It also had some ham stick stuck to it. So I pulled that all off the bone when I pulled the bone from the soup when it was done.