Two years ago, Pat and Karan Ziarnik were watching Resturant Impossible on Food Network (see article in North Kitsap Herald). They knew they needed the help as much as the restaurant they saw. They contacted Food Network right after that show, but it took 2 years for them to be featured on the show. The taping took place in the fall of 2012 and the episode first aired on January 2nd, 2013. Could Robert Irvine help save turn around a business whose income is down 48 percent since 2007 or will it join the list of restaurants that failed?

[table]
Problems Robert Had to Address
1. The decor stinks both figuratively and literally
2. The resturant is too dark
3. Hard chairs that the owner has been waiting for 20 years to get rid of
4. Service that lacked basic cleanliness
5. Night manager too busy serving to manage
6. Food that is lacking basic seasoning - like salt
[/table]

One of the biggest issues Robert had to spend a lot of time investigating a problem with their numbers. They should have had tens of thousands of more dollars. It turns out all the staff admitted they have seen someone take food without paying for it. The owners had no one in charge really when they weren't there. You need a full time manager, not someone who is too busy serving guests to be able to fully commit to the job. Not taking the time to train the staff and to have a reliable person in charge is what I think has brought this restaurant from making 1.5 million year to making 40% less than that. 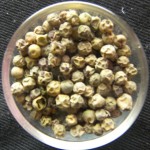 Pieces of halibut dipped into a batter of breadcrumbs, shredded coconut, and walnut pieces, and then deep fried.

Follow-Up
At the end of every show, they also show the happy, smiling customers who adore the decor and love the food. Makes the RI crew look good. To find the real truth I searched online at website like Yelp & Trip Advisor for reviews from customers since the makeover. I found some positive comments but they were few and far between. Several people said they were excited going in and left swearing to never return. The service was said to be extremely slow and unfriendly. I think the owners really could use some training on how to train their staff. Some of these owners need to taught how to give good service so they can impart that knowledge to their employees.

Another complaint I read about was they were charging $25 for the fish and chips that were $15 a month earlier. As for the decor a lot of people said it was better before the makeover. One person complained they had to pull out a flashlight to read the menu! Even after the makeover areas of the restaurant still seemed on the dark side.

As for the recipes Robert featured in the show, I did not see the halibut dish on their menu on their website, but it their site does say they have a new site coming, so maybe the menu on there is outdated.

While this place is still around now, if these kind of comments continue I can't imagine them lasting much longer. If you have been there since the makeover, leave a comment below telling me what you thought.