It's once again that time to tell you how much a Costco Thanksgiving turkey will cost this year. Each year I head to Costco the week before Thanksgiving to see everything they have for the biggest meal of the year as well as to do research for my monthly Costco Food Finds post. We make it a family affair. I love to bring the kids along, have them pose with the turkeys, like my oldest did here: 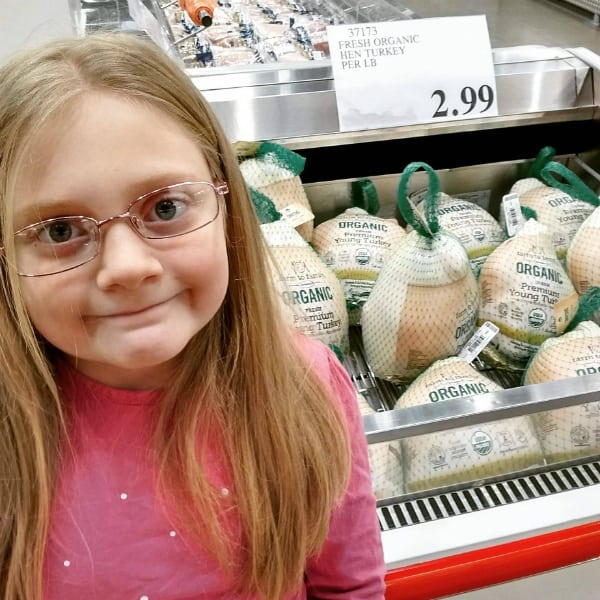 My oldest daughter posing with the organic Butterball turkeys. This was the only photo I got them that was clear. Kids aren't exactly great for posing still in the grocery store 🙂

They did enjoy seeing all the toys in the store as well a the giant stuffed animal bears.

Let's get on to what brought you here today, the turkey prices. Here is your guide to begin planning your Costco Thanksgiving dinner. Please note that selection does vary per location. 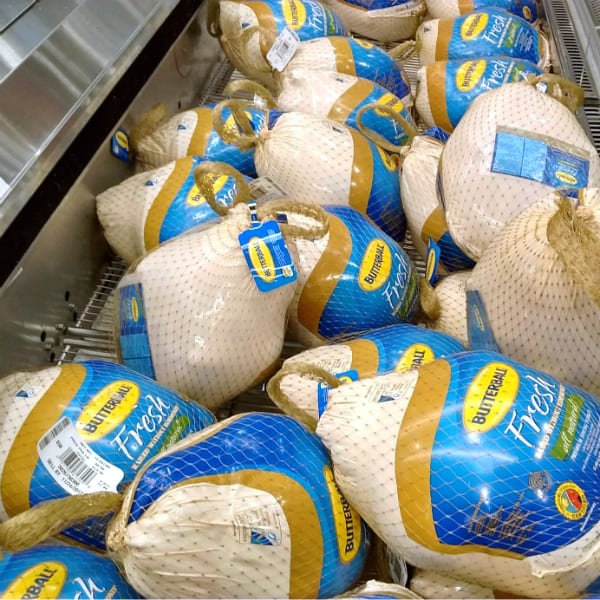 The cheapest turkey option at Costco this year is the fresh Butterball turkeys going for 99 cents per pound.

Before you head out to the story, make sure to download my Costco Thanksgiving Shopping Guide. It includes a list of what to buy along with my great recommendations.

Each year I gather the questions I received from last year's Costco turkey post and turn into a Q&A session. If your question is not answered here, leave a comment below with your email and I will try to personally get back to you ASAP.

Should I buy a turkey at Costco?

What is the cheapest turkey at Costco?

The fresh Butterball turkey going for 99 cents a pound. If you get the hen turkey, which is the smaller size, you can get them for between $12-$15 each.

What brand of turkey does Costco sell?

At the Ann Arbor, Michigan store, this year they sell Butterball exclusively with the exception of a smoked turkey from Stevisons. Other stores on the west coast I have heard have Foster Farms Organic instead of Butterball as well as some Diestel turkeys.

Yes they do. In fact all their whole turkeys are fresh. 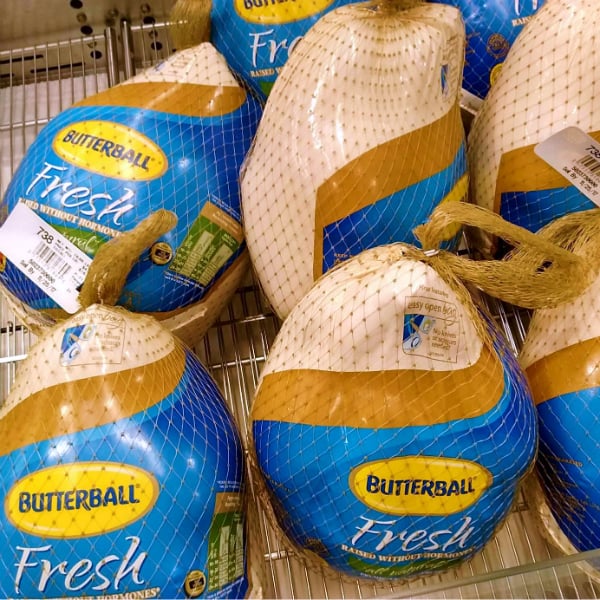 You may notice the words may contain 5% water. This is because the turkeys are dipped into cold water to quickly chill them during processing.

The whole turkeys are fresh, never frozen. The only thing they have frozen is Butterball turkey boneless turkey breast. Do you prefer a fresh or frozen turkey?

How much does a Butterball turkey cost at Costco?

I have heard of stores carrying the Diestel brand turkeys. So I checked with the company myself. They said they have their seasoned and brined turkeys in some Costco stores. These turkeys are mostly found in stores on the west coast.

How much does a cooked turkey cost at Costco?

I didn't see anything about cooked turkeys when i visited the store. You could check with their prepared foods department. They do sell smoked turkeys which comes already cooked, just needs to be re-heated. Learn here how to reheat a smoked turkey. 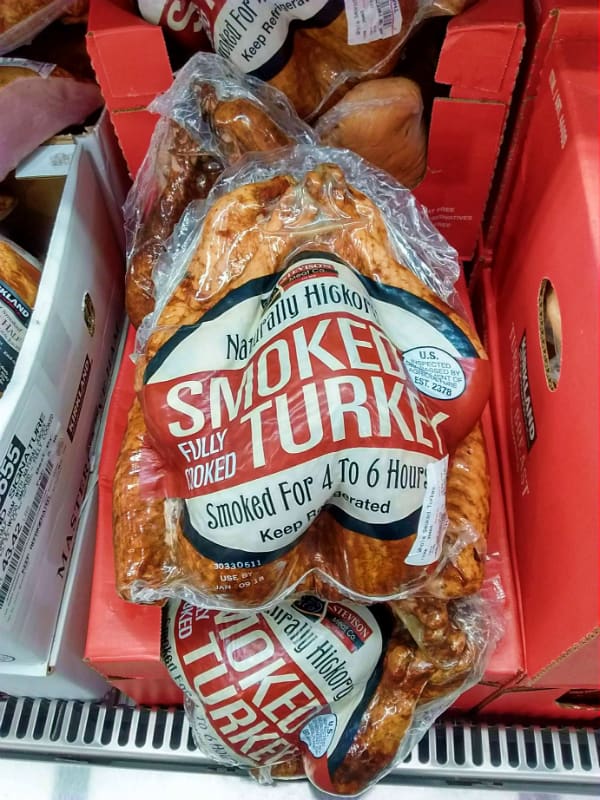 How much does an organic turkey cost at Costco?

Farm to Family turkeys are organic turkey by Butterball. They go for $2.99 a pound. Learn more about what it means for a turkey to be organic. 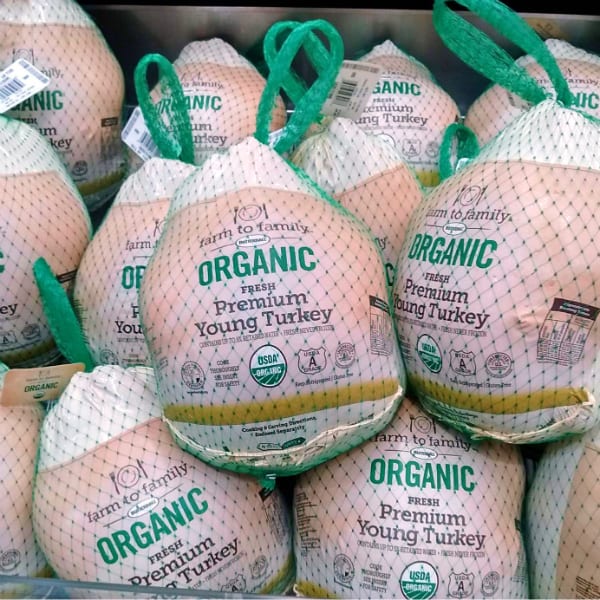 This year my Costco is carrying the Farm to Family Butterball turkeys that are certified organic.

I dislike that word "natural". The reason being is that it means nothing. The word "natural" is not regulated by the government, so one can slap that word onto any food product if they feel like it. You don't need to be looking for that word when it comes shopping for a turkey.

How much does a turkey breast cost at Costco?

They only turkey breast Costco has are Butterball Frozen Boneless Turkey Breast. They go for $13.69 each for 4.75 pounds. Not very cost effective as you can get a whole turkey that weighs 13.69 pounds for the same price (minus a pocket of pennies). 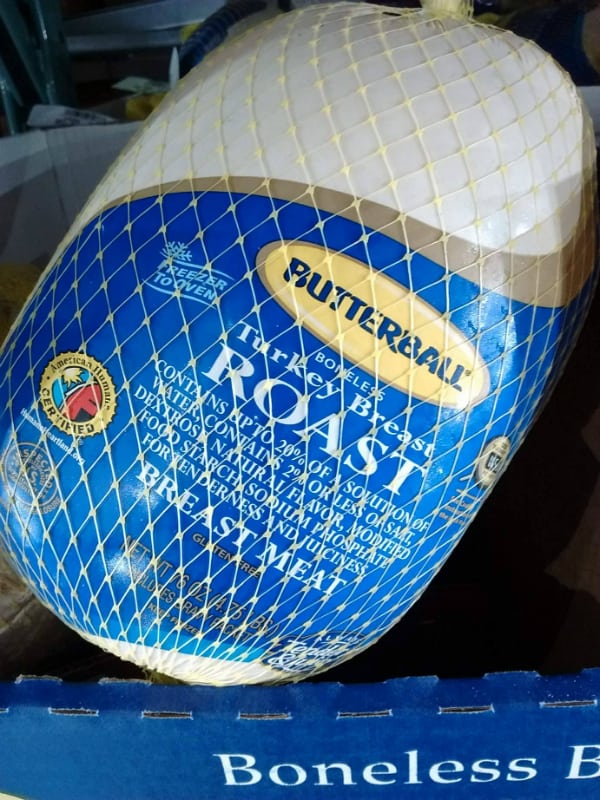 Costco offers frozen turkey breast from Butterball that are boneless. But they are not a very good value.

Can I get a brined turkey breast at Costco?

Nope. Only the turkey breast is mentioned above.

Does Costco sell a 20 or 26 pound Butterball turkey?

Last year I had a reader ask if they could get a 20 or 26 pound Butterball turkey that weekend before Thanksgiving. I find that the largest turkeys and the smallest sizes are the ones that are most commonly left over. Finding a 20-pounder the weekend before Thanksgiving should not be a problem. I never saw any turkeys as big as 26. You are better off getting two 13-pounders instead of 26 as they could cook faster.

How long can I keep a Costco fresh turkey in the refrigerator?

To give you an example. I went to Costco on November 13th. The fresh turkey they had said sell by November 24th or 25th. Thanksgiving is on the 23rd. So you can buy those turkeys anytime now and it would be safe in your fridge. Generally I would say about 10-12 days.

How long does a Costco turkey cook?

It all depends on the size of the turkey. I recommend using a probe thermometer to know exactly when it will be done (learn more about probe thermometers). The turkey I cook every year is done in about 90 minutes using the butterfly technique.

Will Costco turkeys sell out?

Costco is pretty good at keeping them in stock. The last thing they want is to run out of turkeys on the eve of Thanksgiving. I would say though, that they could run out of certain size turkeys.

For more great Thanksgiving recipes, tips, tricks, and all the fixings, check out my e-book "Do Thanksgiving Like No One Else". 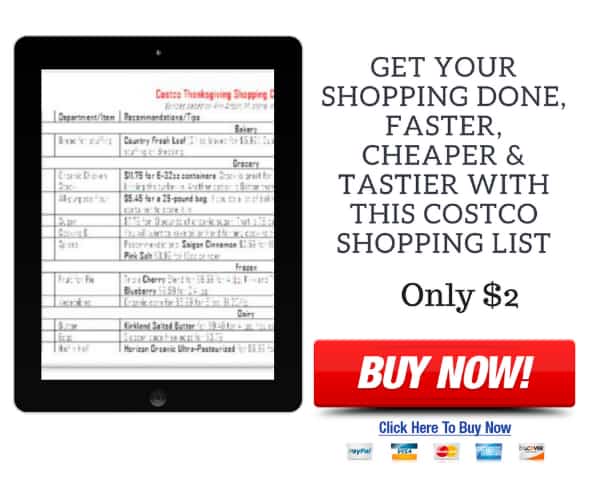 If you are a HUGE Costco fan, make sure to check out my monthly Costco Food Finds series. Also sign up for my email list to get notified when those monthly emails go out as well as other great stuff from Eat Like No One Else.