Home » At the Store » Fruit & Vegetables » When Does Orange (and Mandarin) Season Begin (and End)? 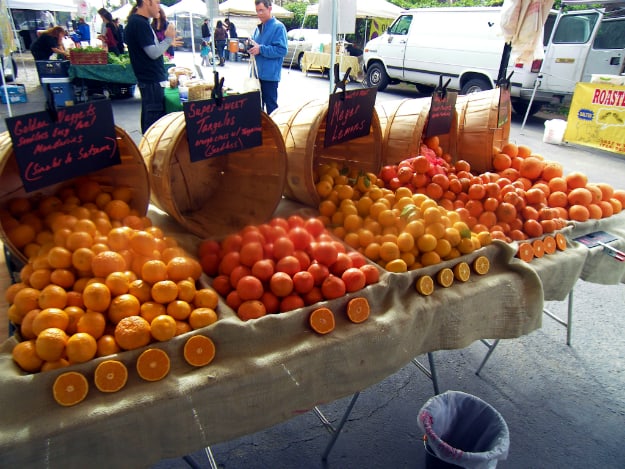 One of the sad things about this time of year is that the peak of the farmer's market season here in Michigan has come and gone. There are no more peaches, no more berries, and cherries are long gone. But even thought I don't have those fruits to enjoy, this is the time of year where I do more of my fruit shopping indoors. One of the main reasons is that we are at the start of orange season. A good orange ranks at the top of my favorite fruits. In this post I will talk all about the orange season, when it begins, when it ends, and everything in between. In this discussion I will also include the cousin of the orange, the mandarin, who has been getting more exposure in recent years, mainly because of the increased popularity of the Clementine.

The Start of the Orange Season
Sometime in November is when you will begin to see American grown oranges hitting the marketplace. Starting with the classic Naval oranges which usually last in the stores all the way until spring time. Other orange varieties such as blood oranges and Cara Cara usually start popping up sometime around Christmas. Both Cara Cara and Blood oranges don't get good until at least mid to late January, but waiting until March will assure the best flavor. Patience is the key to enjoying these varieties. Valencia oranges that are great for juice are available later in the season, closer to the end of winter. 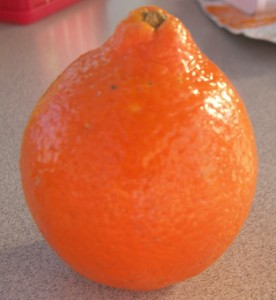 When Does California Orange Season Begin? When Does Florida Orange Season Begin?
Both the California and Florida orange seasons being at the same time in November with Naval oranges. The varieties that each state offers is quite different. Most people will end up finding more California oranges in their stores than Florida. But that doesn't mean Florida has nothing to offer. The Honeybell Tangelos - a cross between Duncan Grapefruit and Dancy Tangerines - are becoming a sought after Florida grown variety. Florida's Temple Oranges also hit the market early on in the season. They have a good flavor but you must deal with seeds which is a turn off to a lot of people.

When are Clementines in Season? 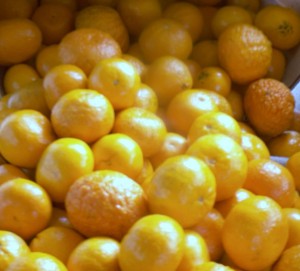 I promised to talk about mandarins in this post, so I had to bring up the popular Clementine. You are able to find them in stores longer and longer as the years go by, but most of those will probably have been grown in Spain or somewhere else in Europe. The U.S. grown Clementine season is actually pretty short, typically running from right around Thanksgiving until just after New Year's. Other mandarin varieties like the Murcott are often sold as Clementines when they are really not.

Nearly all the Clementines grown in the United States are grown in California. I found one source in Florida (the Orange Shop) that has Florida grown Clementines. To the best of their knowledge they are the only source for Florida Clementines.

What About Other Mandarins?
The popularity of the Clementine has lead to a push towards more mandarin varieties to be available on the market. Now you can find different varieties from late fall to early spring. It starts with the Clementines and the Satsumas, then into the New Year you have varieties like Gold Nugget and Page, towards the end of winter there are Shasta Gold, Yosemite Gold, and Tahoe Gold. Finally at the very end of the season are the small, but delicious Pixies.

With the development of new varieties there are plenty of oranges and mandarins to be had that will keep me happy until my farmer's markets start producing new crops again. Please feel free to share your citrus experiences in the comment section below.